Cover Girl, in which Hayworth plays a chorus girl who’s given a chance for stardom, was conceived as a showcase for Columbia Pictures’ fast rising star. With terrific songs from Jerome Kern and Ira Gershwin, including the Oscar-nominated “Long Ago and Far Away”, the film also won an Oscar for the musical score by Carmen Dragon and Morris Stoloff. It is also notable as the first film where co-star Gene Kelly was given an opportunity to choreograph his own dance numbers (working with his longtime partner Stanley Donen). 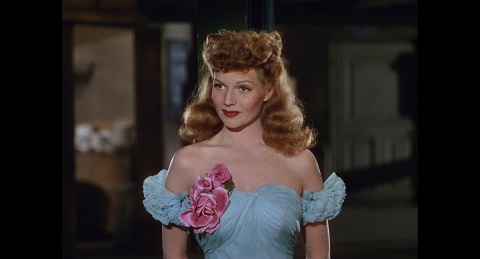 “While Rita is the star, I really think of this as a Gene Kelly film,” observes Crisp.  “He was on loan from another studio and was given much more freedom to invent on this film that he was accustomed to.   You can see in the dance numbers what could be called the genesis of his later mature work in films like Singin’ in the Rain and An American in Paris.   The Alter Ego number, for example, where he dances with his mirror image, is both a technical and a choreographic success.”

Cover Girl was Columbia Pictures’ first big film shot in the Technicolor three-strip process. For the new 4K restoration, the team went back to the original 3-strip nitrate camera negatives.   “There was a preservation initiative with this film in the 1990s that involved making some positive intermediate elements for video transfer, but our current process dictates that we source the most original materials possible to come up with the best visual result for our 4K workflow,” recalls Crisp. “The technical capabilities that we have now allow us to digitally recombine the three separate black and white negatives to create a color image that is virtually free of the fuzzy registration issues inherent in the traditional analogue work, in addition to the usual removal of scratches and other physical flaws in the film.” 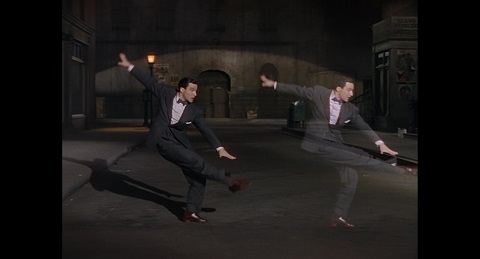 The greater color range facilitated the recreation of a Technicolor look that is as authentic as possible, especially where original dye transfer prints were available as reference points. “We consider this new work to be our contribution to the 100th anniversary and celebration of Technicolor,” notes Crisp. “Working with our colorist, Sheri Eisenberg, we strived to get the colors, with deep blacks and vibrant reds, right.”

The premiere of the new restoration at MoMA furthers the studio’s collaboration with the Museum’s film department. Sony Pictures has been a strong contributor to the museum’s film preservation program in a relationship spanning 25 years. During that time Sony Pictures and MoMA have worked together on a number of film restorations, including the Judy Holliday classic Born Yesterday.

“Sony Pictures represents the gold standard in film preservation,” says Josh Siegel, Curator of MoMA’s Department of Film. “Their care and skill are clearly evident in the new Cover Girl restoration where capturing the tonalities and nuances of Technicolor posed a special challenge. MoMA is excited to bring this wonderful film out of the vaults.” 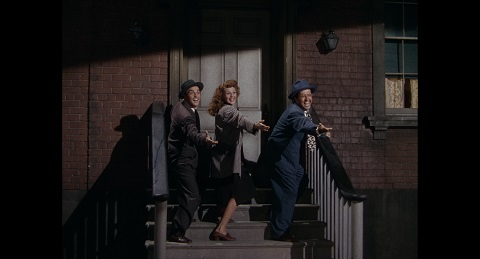