FRESNO, CALIFORNIA, DECEMBER 3, 2015 — Production Sound Mixer Zack Allen has captured dynamic audio for clients spanning the globe. As the owner of Soundgeek Productions in Fresno, California, Allen has built a career on capturing high-quality audio for every job with his Sound Devices gear. 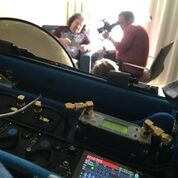 Allen has owned and used nearly all of Sound Devices’ mixers and recorders throughout his professional career, which includes credits in several high-profile feature films and television series. Having used Sound Devices’ 7-Series recorders for location sound prior to starting Soundgeek Productions, he decided to invest in a 702 high-resolution audio recorder to begin his business on the right foot. 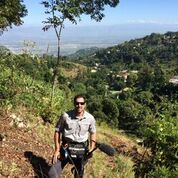 Along with Sound Devices, Allen was previously using a competitor’s product until a recent project for the National Geographic Channel. This project required him to be on location in the New Mexico desert for a two-hour reality-style feature documentary on Billy the Kid. “I quickly realized that a competitor’s recorder was not keeping up with me,” he says. “I couldn’t deliver what I needed at the end of the day. I turned to my 633 and it kicked right in. It delivered in the moment, and that’s what I have grown to depend on from my Sound Devices gear. I have since switched exclusively to Sound Devices. The simplicity and ruggedness of Sound Devices equipment has made my life, and the lives of my clients, a lot easier.” 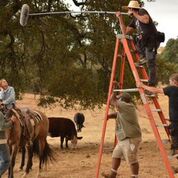 Production for the feature documentary was very fast paced. With the tactile buttons on the 633 mixer/recorder, Allen was able to shift, pan and rename tracks with one hand, while still keeping the boom up in the air. He notes this would not have been possible with other mixers. Allen also praises the quality of the display for its brightness, which came into play while working out in the blazing New Mexico sun.

Allen now relies on Sound Devices’ compact 633 mixer/recorder for about 90 percent of his work. “It’s a very flexible interview type rig that can be expanded into a small reality package,” he says. “With the 633, I can have five people wired up, and cover a lot of different applications. For larger productions that require more options and room to expand, I take Sound Devices’ 688 recorder/mixer with me, which has been amazing.”

Allen works in a range of environments: hot, cold, dusty and dry, as well as the humid and very wet conditions of the Philippines and Haiti. He depends on the stability and durability of his Sound Devices equipment while on location. “Sound Devices gear is built very well,” he adds. “It makes my life easier knowing that it’s going to hold up to the conditions I am putting it through. As far as options, the recorders themselves keep improving.”

Since Allen added the 12-channel 688 field production mixer to his workflow, he is now able to take advantage of Sound Devices’ MixAssist™ feature, allowing him to focus on the boom while multi-tracking. The built-in, auto-mixing feature lets him provide a mix track without needing an extra pair of hands at the controls. Allen put his 688 through its paces on the independent film The Divide, where he worked in the 107-degree heat for four weeks straight. He was very pleased to see the equipment handle these extreme conditions so well, but Allen’s even more thrilled with the company’s recent releases related to 688 accessories.

“I did pick up an SL-6 and I’m now integrating it with my 688,” he concludes “I’m also really excited that Sound Devices announced the CL-12. I look forward to incorporating it into my set-up in the future. They continue to put out top-quality equipment and I plan on using their products for a long time to come.”

The SL-6 powering and wireless system provides centralized monitoring and control between dual-channel, slot-in receivers and the 688 mixer, and when SuperSlot compatible wireless receivers are used, the 688 gains powering, audio interconnection, and control. The SL-6 also provides additional powering for other external peripherals. The CL-12 is a linear fader controller that significantly expands the mixing capabilities of the portable 688 while making transitions between cart-based setups and portable bag workflows fast and efficient.