TARRYTOWN, NY, FEBRUARY 2, 2016 — As one of the motion picture recording industry’s most respected and in-demand Production Sound Mixers, Thomas Varga has worked on nearly 100 films during his illustrious 30-year career. In that time, Varga’s portfolio includes such acclaimed films as Blue Jasmine, Cedar Rapids, Precious, We Own the Night, The Immigrant, The Woodsman and Secretary. His most recent project Sisters is a popular comedy starring Tina Fey and Amy Poehler. 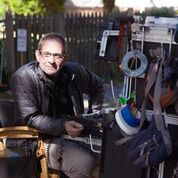 One of Varga’s career highlights came when he was nominated for an Academy Award for his work on Birdman or (The Unexpected Virtue of Ignorance), which also earned him a Cinema Audio Society award for best sound mixing. In order to record the captivating dialogue of the actors in Birdman and all other projects, Varga depends on his trusted gear from Sound Devices, which includes a 744T recorder for on-the-go shots, two 788T recorders for his main cart, and a 664 mixer/recorder. 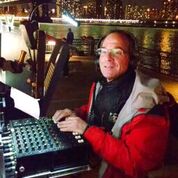 Varga was first introduced to Sound Devices when the company launched its 442 mixer. “I was doing a couple of documentaries, working out of a bag, feeding cameras, and I rented a 442,” says Varga. “The first thing I remember thinking was how good the preamps sounded and how well laid out it was — everything I needed was right on the front panel. Sound Devices’ mixer was cleaner and more focused than its competitors. The ergonomics of it were really great. The first Sound Devices product that I purchased was a 744T, which I still own and love to carry around to get ambiences in remote places. If I have to go somewhere that I know will need a lot of battery time, Sound Devices’ 744T goes with me.”

The production sound mixer credits Sound Devices with playing a vital role in capturing the required audio for Birdman. “The 788T was really great during the famous scene where Michael Keaton is running down Broadway in Times Square with no clothes on,” says Varga. “I was able to take my 788T, throw it in my bag with a CL-8 attached to it, and go. We wired the six actors that were in the scene, threw a boom over Michael Keaton, and I ran down the street for several blocks with him. I would not have been able to accomplish this working from a cart. We were in Times Square on a Sunday night, and there were thousands of RF units working the area at that time. The 788T gave me the flexibility to throw it on my shoulder and, along with my boom operator, run with him. If I had a bigger machine, I would not have been able to pull that shot off.”

Varga has two 788Ts permanently installed on his sound cart. “Every job I do, I use two 788Ts,” he says. “I’ve been using the 788T as my main recorder for several years and more recently upgraded my rig to include two 788Ts, and I’ve never had one fail. People say having two of them is redundant, but you’re only as good as your last shot—you need to have backups. I’ve had them out in the snow, in the cold, in the rain, and in 110 degree heat, and they always perform as expected. I choose Sound Devices for its reliability, flexibility, ergonomics, and price. It’s a home run when you put all those things together, and the reason I will continue to use them on all of my future projects.”

One of the features that Varga particularly likes about his Sound Devices gear is the CompactFlash® (CF) delivery format. “The 744T and 788T allow me to hand off a card at the end of every day, which is a liberating and wonderful feature,” he adds. “Also, the flexibility to work off of a card helps you move around faster, allowing you to keep up with the quick pace of filmmaking these days. In today’s production environment you have to look two shots ahead from what you’re shooting, and Sound Devices’ products help you do that.”