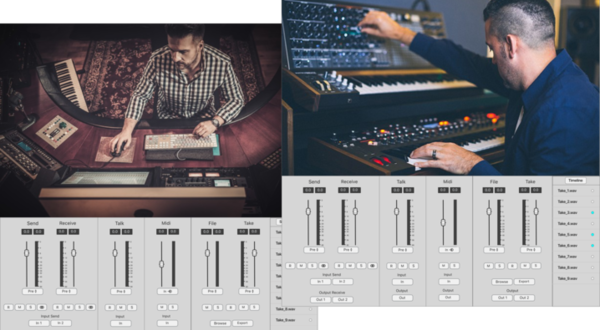 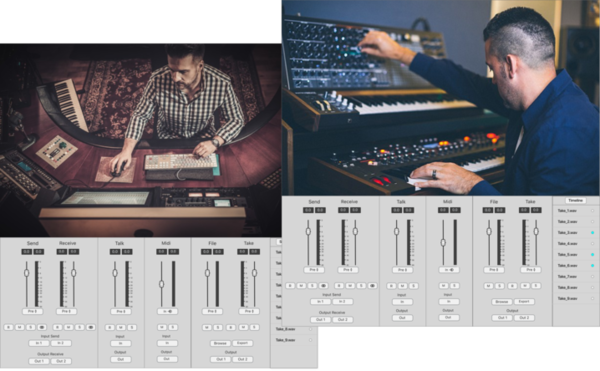 With the 2020 NAB Show coming up, it’s important for attendees to get in on SoundWhale’s new Audio Collaboration Platform. SoundWhale is a remote collaboration solution for audio post and music production that allows users to create content and exchange ideas. Users with little or no audio experience can connect with voice talent and musicians and record them directly in SoundWhale, while more experienced users that want to edit, mix, or produce can connect and stream from external software like Pro Tools.

The company’s founder, Ameen Abdulla, has been in post-production for almost 15 years doing long-format television,
film, and advertising, recording voiceovers, mixing etc. He comes from a musical background playing in bands and in clubs – eventually getting into production, playing a lot with MIDI and synthesizers and recording other artists. “I eventually wound up in post-production because I needed a way to justify all the gear I’d accumulated!” he recently told AMI.

“After a while I had clients all over the country and they would want me to mix their shows, but they would want to go into a local studio because they haven’t got time to do the whole emailing back and forth thing,” Abdulla said. “I was super frustrated in that scenario and what I wanted to do was be able to create something that would have every single application in one place. I wanted to create a platform that actually translated everything you’re working on inside the studio so that someone else can work with you, whether it’s synchronized picture, using MIDI or high-quality audio.” “I think if you target post with something like this, you can target everyone”, he added, “because post-production effectively sits at the top and if you’ve got the technology then you can accommodate everyone”.

So how is SoundWhale different from other solutions like this on the market? Firstly, you don’t need three of four different softwares to achieve results. “A lot of the clients I have aren’t studio people, they just want to call up a slick, easy-to-use interface and be able to see and hear what their film or advertising spot is,” said Abdulla. “Ease of use, and being able to streamline using just one piece of software to connect an entire part of your studio is key. It’s on macOS, so you can connect anything that your operating system would recognize as an audio client and stream from any kind of software or hardware.”

The recent launch was a success, and whilst everything had in fact been ready since January last year, Abdulla most recently got back from IBC in Amsterdam where he was keen to gauge interest from the market and get people signed up for the betas ahead of time. “We’ve had a decent amount of users sign up so far – I think people just want to test it out and see if it does what it claims to do,” he said. “I’ve been using this with my clients doing post-production mixes for some time now. Because of Soundwhale’s flexibility, it’s like a set of tools that you might be using in a totally different way to the next user,” Abdulla concluded. “My intention was not really for podcasting, but we’ve had huge interest from that area of the market, because if you’re interviewing somebody remotely then it actually splits the podcast into two channels – interviewee and interviewer – and you can then export that into Pro Tools to cut it up. It’s very convenient in that sense, and I think I’m going to be surprised by a lot of the ways it ends up being used!”