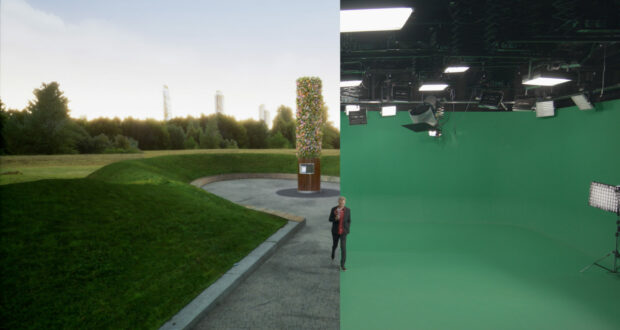 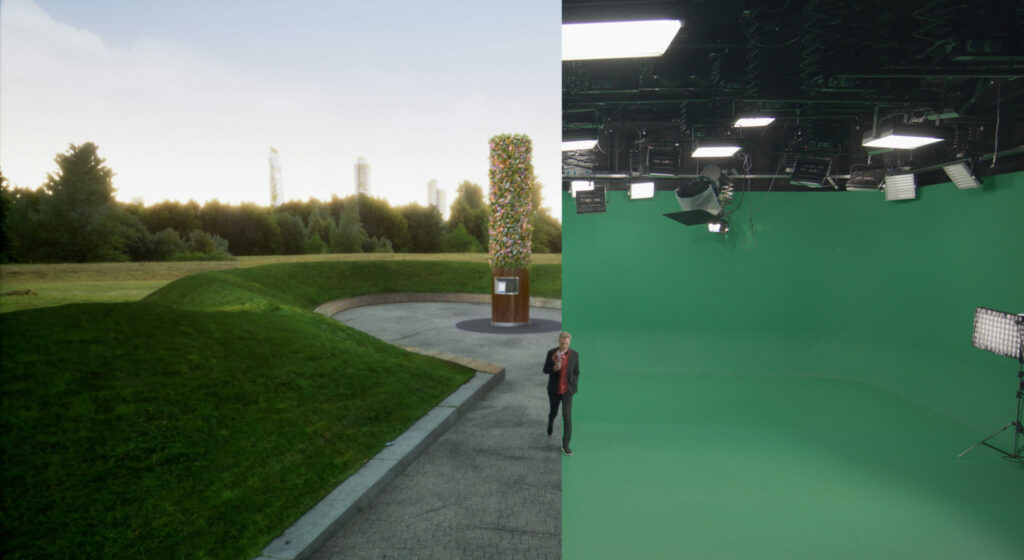 Oscar M. Olarte, the cofounder of MR Factory, says: “We can now create, capture, and composite more than ten minutes of finished 4K content in real time, every day. This means actors can be placed in multiple photorealistic, computer generated locations during the course of a day’s shoot.”

“And because all of the compositing is done in real time through Ultimatte, directors and DPs can view and modify finished effects during production,” he explains. “That can save clients both time and money, particularly in post.”

The choice of URSA Mini Pro 4.6K G2 chains meant that DPs had access to professional digital film cameras that would be found on a traditional live action shoot.

Through lockdown, the facility has allowed a number of productions to continue safely according to Oscar: “We had been scheduled to work on a TV commercial earlier this year for the UK market. We chose to bring a British director onboard; and some of the supporting crew were also UK based,” he explains. “However, when the lockdown came into effect, we had to rethink our approach. We came up with a solution using protocols that allowed the director to work remotely on the entire spot.”

To bring a virtual set to life, MR Factory relies on a camera tracking solution, which allows the team to precisely capture all camera and lens movements on stage. The 4K live studio foreground signal is then fed into Ultimatte 12, which combines the foreground with the CG background environment in real time.

“Pairing a dedicated Ultimatte keyer to each camera means we can shoot multiple angles, in a single take, without needing to worry about green spill,” Oscar continues. “I can safely say that Ultimatte is the best keying solution I’ve used in my 30 years of industry experience.”

All layers of the final composition, including foreground, background and garbage matte, are recorded using multiple HyperDeck Studio 12G broadcast decks and then synchronized by timecode. A Smart Videohub 12G 40×40 router handles signal management, routing live video feeds to screens around the studio for real-time preview.

“Use of more advanced virtual production techniques is only set to increase,” Oscar concludes. “By combining the best of photoreal 3D, and Blackmagic Design’s studio technology, we’re confident MR Factory can continue to be a leader in this space.”