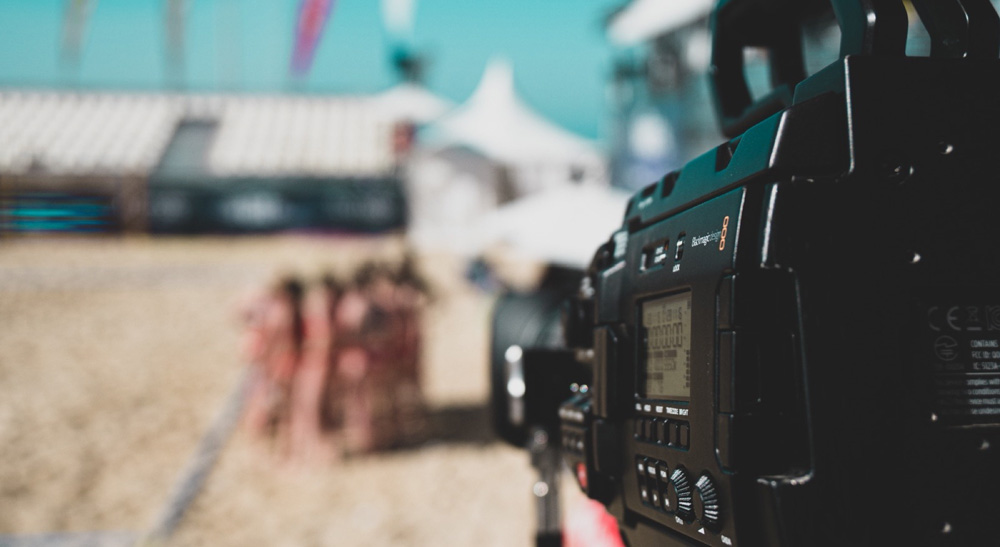 A range of content is produced, including pre and post match interviews, match coverage and highlights, and then supplied to various broadcast partners such as La Liga Sports TV, Televisión de Galicia and Radiotelevisión del Principado de Asturias. They also provide content directly to the respective sports federations, who then overlay their own commentary before streaming.

Terrible Producciones has a standardized workflow for all games except basketball and rugby, where wireless cameras are introduced for added flexibility and freedom of movement. Up to six Blackmagic URSA Broadcast cameras are placed strategically around a venue’s gantries, each one equipped with a URSA Studio Viewfinder and Canon b4 ENG lenses.

Blackmagic Camera Fiber Converters then transmit the live ISO feeds back to an OB vehicle via SMPTE fiber.

The onboard production hub features an ATEM 2 M/E Production Studio 4K, a series of HyperDeck Studio Minis for recording and an ATEM Camera Control Panel. The workflow also features a vMix replay system connected to the switcher. All content is produced in 1080p50 format, to match broadcast requirements.

“The economics aside, it was the flexibility and the high level of control we can command for our multi camera productions that made Blackmagic Design our preferred technology choice,” reveals David García Rodríguez. “That, and the fact we can acquire in UHD at 60 fps ensures we can provide our clients and their audiences with an authentic streaming experience.”

“We typically deploy a four person production team, composed of a director and producer, CCU operator, as well as dedicated operators for broadcast graphics and action replays,” explains David. “Their main requirement is a fast and functional production experience, which the Blackmagic Design infrastructure delivers, no matter the venue or event we are broadcasting.”

“We’d seen an increasing demand from smaller clubs and sporting federations wanting to adopt a direct to consumer model long before the pandemic struck. The ability to access and engage with fans who can’t always attend in person is vital, and for many, streaming has been a lifeline over the last 12 months,” reflects David.

“It is thanks to manufacturers like Blackmagic Design that we can help smaller Spanish federations who simply wouldn’t have the resources otherwise to broadcast matches,” he concludes. “We believe all sports fans should be able to access action from their favorite leagues without discrimination. Our mission is not only to entertain but rather promote the feeling of belonging to a community, no matter whether your team wins or loses.”