CHICAGO— STORY’s David Orr and agency Cramer-Krasselt put a pair of windshield wipers to the ultimate test in an ingenious new spot for Rain-X. In the ad, a pair of Rain-X Silicone AdvantEdge wiper blades are first encased in huge blocks of ice and then thawed with powerful gas flames. As water and chunks of ice slowly drop from the blades, the voiceover notes that if they can “survive in these conditions, clearly they’ll last in yours.”

Orr staged and shot the dramatic demonstration entirely through practical means. He contracted a Chicago ice company to freeze the blades in a 350-pound block of ice. He then had the block suspended in midair by chains, surrounded by gas jets. “I worked with a great rigger and we performed a lot of tests to determine the right relationship between the blocks of ice and the wall of fire,” recalls Orr. 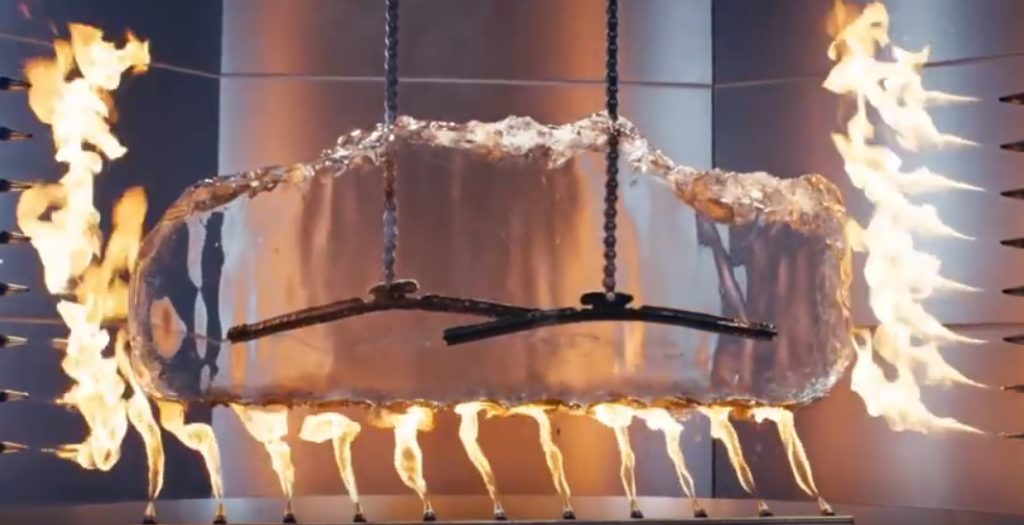 The demonstration is not only technically impressive, it’s artfully presented. “The materials we used included brushed aluminum and stainless steel, which reflect light well,” notes Orr. “It looked wonderful and helped give it the feel of a science experiment.”

Orr injected emotion into the demo by treating the blades like gladiators. “In the treatment, I referred to the blades as our ‘heroes,’” he explains. “They make their appearance, they go through a trial and emerge victorious. We played with that idea in a variety of ways. The nozzles on the gas jets, for example, look like teeth, giving the appearance of predators.”

The concept, created by long-time Rain-X agency partner Cramer-Krasselt, transforms a product that most people take for granted into something both essential and beautiful. “It’s a challenge to depict the super premium value of this type of product in a way that grabs attention,” noted Todd Stone, executive creative director at Cramer-Krasselt. “But our idea, with David and STORY’s deft execution, mixes art and science in a way that really demonstrates the performance of the blades” 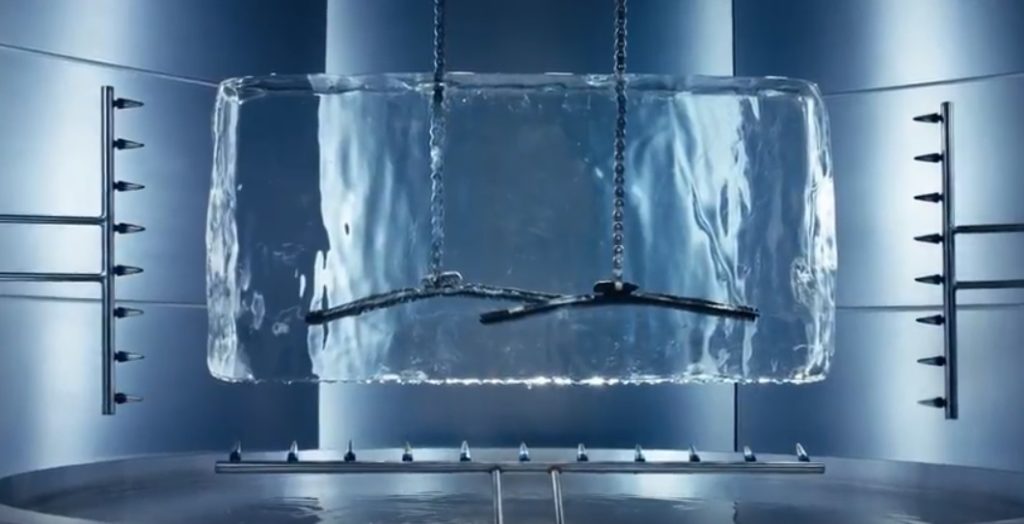