STORY’s Laurie Rubin Rings in the Holidays with Crate & Barrel 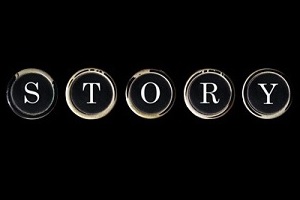 CHICAGO— STORY director Laurie Rubin captures the holiday spirit through place settings in a beautifully crafted pair of ads for Crate & Barrel and New York agency Huge. Each 15-second spot presents a sequence of tabletops lavishly adorned with holiday plates, silverware, cups and accessories, with each tableau meticulously arranged to suggest the tastes and personalities of different people. Themed “Holiday Table” and “Holiday Party,” respectively, the spots are set to indie singer Stacey Marcus’ upbeat version of The Most Wonderful Time of the Year.

Rubin worked with Crate & Barrel product specialists, Huge’s creative team and food stylists in designing the place settings. Each arrangement, she says, tells a story. “We wanted to show a range of styles and how Crate & Barrel has products appealing to many kinds of people,” she explains. “Some are fun and playful, some are dressy and sophisticated. There are many different ways to do the holidays.”

Rubin captured 19 different place settings for the two spots, but could easily have created many more. “Crate & Barrel has so much great stuff, it was tough to winnow it down,” she says. “We ‘auditioned’ a lot of arrangements to arrive at those that told the best story about the range.” 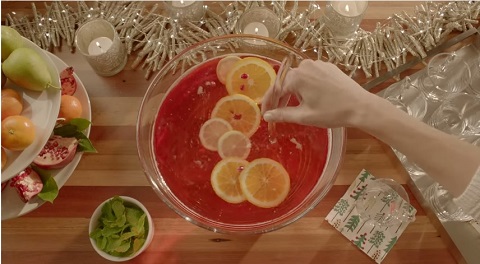 Rubin has a long history of working with Crate & Barrel, but this was her first time directing a holiday broadcast campaign for the brand. “It was a great opportunity to work with people I like,” she says. “They have a very strong aesthetic and clear ideas on how they want to present Crate & Barrel. It’s clean, well designed and modern.” 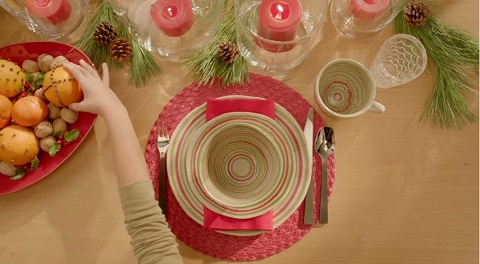 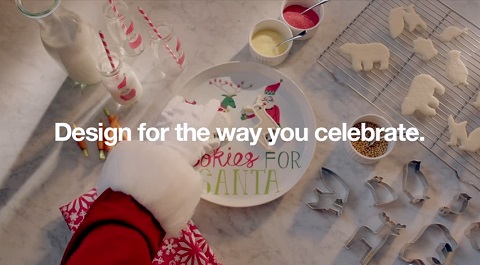