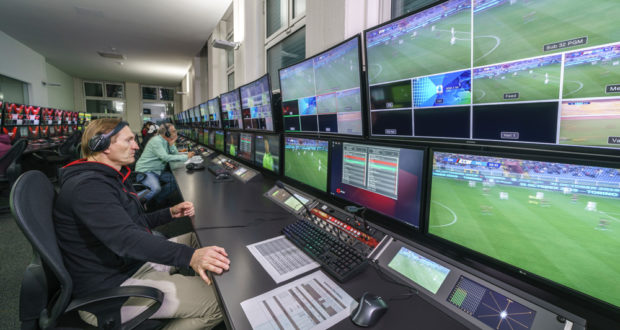 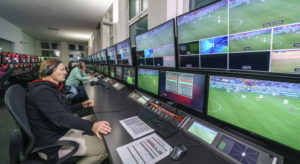 The network recently expanded its output to offer more than 83 channels, including eight in Ultra HD, broadcasting in German, French and Italian, and covering a wide range of sports including top flight European and national football leagues, ice hockey and others via its IPTV platform.

“We needed to double Teleclub’s capacity to feed additional HD and UHD PPV channels, studio production facilities, as well as additional commentary and graphics elements,” explains Remo Val, system and software engineer, Teleclub. “When we considered our UltraHD requirements, it was clear that a single link 12G-SDI network would ensure we had enough capacity in our server rooms and keep cabling and signal distribution hubs as streamlined as possible.”

18 ATEM 4 M/E Broadcast Studio 4K have been installed, with each one serving two of the HD or UltraHD channels, with a separate M/E attributed to each channel. Each switcher is paired with a video/CG server, developed inhouse at Teleclub using DeckLink Quad 2 capture cards and Caspar CG, for live video playout. One further ATEM 4 M/E Broadcast Studio 4K delivers playout for an HD multiplex channel.

Remo explains that the system is controlled by a bespoke control dual playlist interface.

“The operator opens an event from our database, and the client generates all the specific content into a playlist, for example live or studio input, lower thirds, sponsor logos. The software controls the ATEM, the CG server and the audio engine to provide whatever the next item is in the playlist, so an operator can deliver an entire live event with one button.”

The facility also includes a new studio and 26 commentary boxes, with 12 Smart Videohub 40×40 12G in place to sub-switch monitors located around the channel’s production headquarters in Volketswil, near Zurich, including VIP lounges and a spectator bar. “There must be more than 250 Blackmagic Micro Converters, as well as Teranex Mini converters, working as the production center’s digital glue,” explains Remo. “It was an important consideration to demonstrate the network’s expansion throughout the production hub itself, so wherever you are in the complex, you can see the scope and scale of Teleclub’s broadcast output.”

“Simply put, we could not have realized this project without Blackmagic Design,” concludes Remo. “The open API, together with the capture cards’ price point allowed us to design a flexible and reliable playout solution, and one that could be specifically built around a powerful, futureproofed 12G infrastructure that will enable us to continue to bring the best of sports broadcasting to our viewers.” 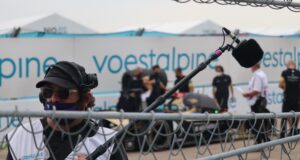 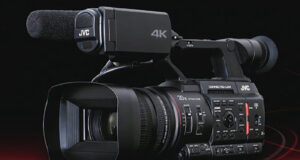 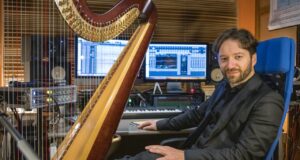