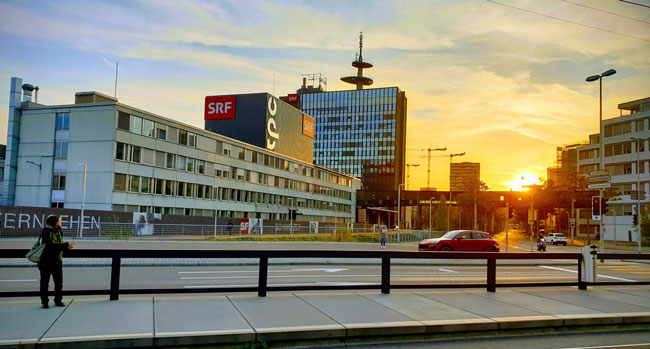 Scheduled to open in autumn 2019, the pioneering new broadcast facility is based on a full-IP solution using SMPTE ST 2110, with all production for news and sport utilizing the new IP infrastructure. With several studios, postproduction facilities, a new nationwide master control room and a centralized ingest and playout center, it will be the largest uncompressed IP project in Europe.

Dolphin is a compact and cost-effective integrated channel device which, operating under the control of Pebble’s Marina automation, delivers highly automated integrated audio, video and graphics functionality for ingest, channel branding and frame-accurate multi-channel playout. The flexible pipeline design enables the virtual output chain to be customized for each channel, specifying the order in which functions including graphics, effects, and aspect ratio conversion are handled within the system.

For tpc, the Dolphin systems will integrate Vizrt graphics, the latest addition to the range of software graphics plug-ins offered by Pebble, which enable broadcasters to maintain their best-of-breed graphics workflows in a software or virtualized environment.

“We’re proud to be part of this landmark project which represents a huge vote of confidence in Pebble’s technology, our roadmap and in the team of specialists designing the solution and delivering the project,” said Tamas Vass, Pebble’s SVP of Global Sales. “We’ve been committed to working with tpc from early on in the bid process and throughout its specification. It’s a true partnership.”