Booth 5A5-17 May 26, 2015 — Orad today announced its product lineup for the Broadcast Asia event held in Singapore on the 2-5 June, 2015. Headlining the Orad product lineup at Broadcast Asia are Artwork SeQuencer clip and still store application, TD Control studio display and control management, and Blend channel in a box. To […] 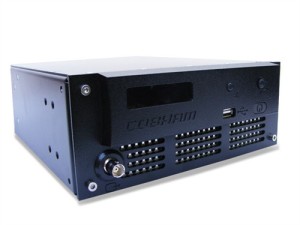 Cobham, the RF specialist company, will feature its PRORXD receiver platform, which includes 1080p60 4:2:2 10-bit decoding capabilities. The feature-rich receiver is available in a 1RU or 2RU configuration. The PRORXD’s decoding algorithm has been specially engineered by Cobham to ensure full compatibility with all leading encoders, and each configuration can decode separate HD signals, […]