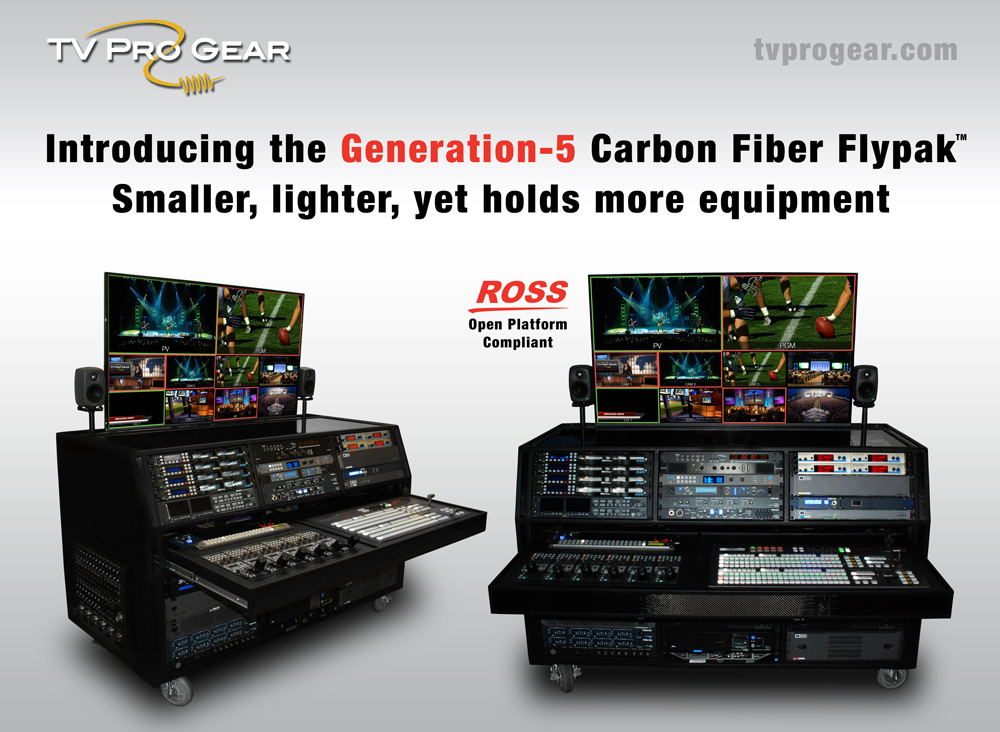 Glendale, CA-May 2015—TV Pro Gear will host an Open House on Wednesday May 27th and Thursday May 28th. Open House will be held from 12pm to 6pm on both dates. Food and Refreshments will be served.   The event will showcase a revolutionary new Flypak™ design called “Generation 5 – Carbon Fiber”. The Gen-5 Flypak™ […]