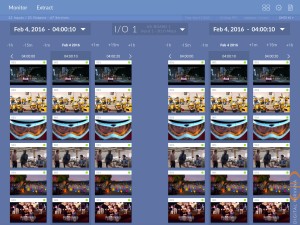 One-Day Session to Be Presented at PBS TechCon on April 11 MELVILLE, N.Y. — March 17, 2015 — The IEEE Broadcast Technology Society (BTS) today announced the launch of a new one-day course, “IP Video for Broadcast Engineers.” Taught by Wes Simpson, owner of Telecom Product Consulting, the course will make its debut on April […]

Northampton, MA – Myers, a respected developer in broadcast management software, announces the key roles they will play at this years’ PBS Technology Conference happening April 2 – 4, 2014 at Caesar’s Palace in Las Vegas. Myers, a silver level sponsor of the conference, will have exhibit space in booth #138 and will be participating in […]

PISCATAWAY, N.J. — Feb. 5, 2014 — The IEEE Broadcast Technology Society (BTS) today announced that its “Bridging the Gap” technical training program, which is designed to bridge the knowledge gap between IT technologists and video specialists, will be offered at this year’s PBS Technology Conference (TechCon), a premier annual gathering for broadcast engineers, information […]