CueScript, the leading developer of professional prompting solutions, will bring the industry’s first patent-pending SMPTE 2110-enabled prompting monitor, the CSMV2, to Europe for the first time at IBC2019 on Stand 12.F41. Broadcasters and system integrators looking at all-SMPTE IP installations no longer have to rely on SDI-SMPTE gateway converters, thus allowing the CSMV2 a seamless […] 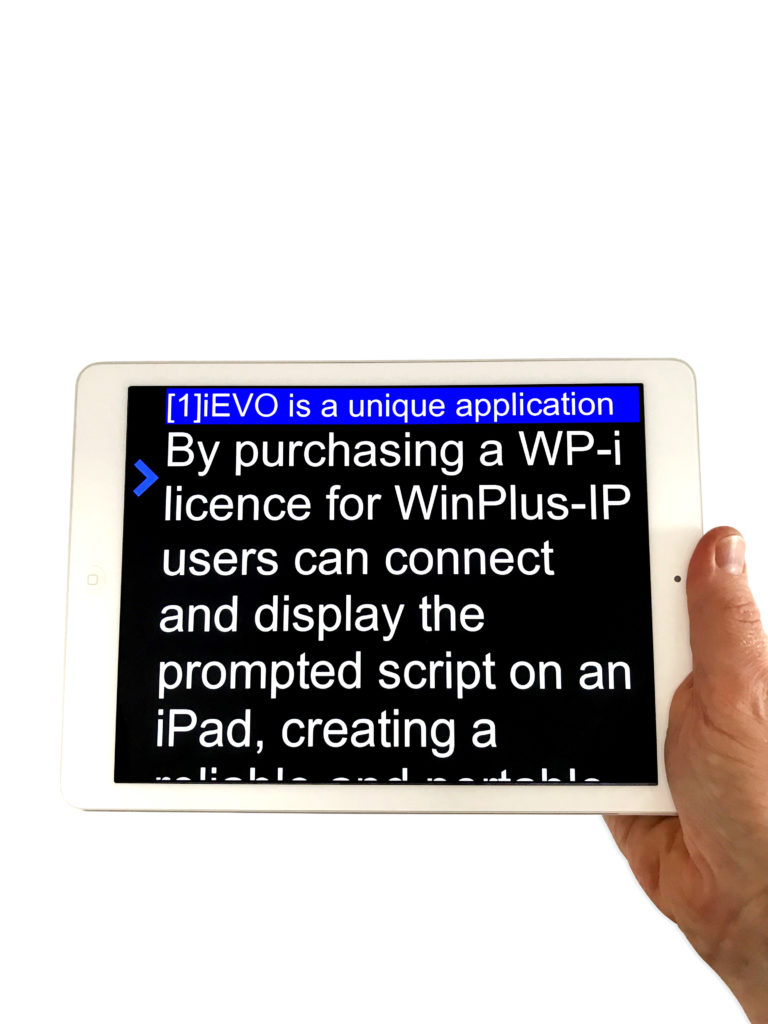 LONDON — Sept. 6, 2018 — Autoscript, the world’s leading teleprompting company and a Vitec Group brand, today launched iEVO — a unique application that allows one or more iPads to be connected directly to WinPlus-IP prompting software and used as teleprompter monitors, additional reference monitors, or operator preview monitors in any location on the […] 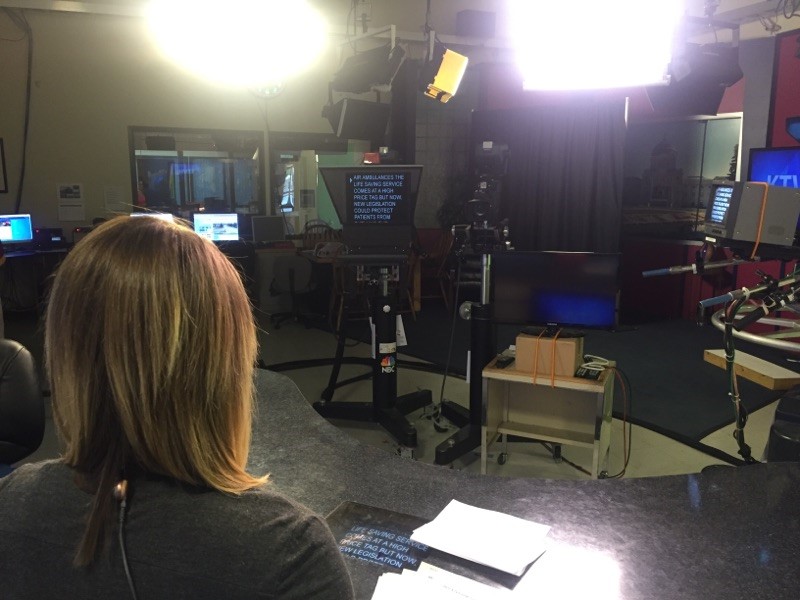 Helena, Mont. (September 21, 2016) – For live broadcast, it’s hard enough staying on top of new content on an hourly basis without having to deal with equipment failures. And when Dan Stark, Chief Engineer of NBC station KTVH Helena, Montana, took over a newly purchased news station he experienced possibly the worst equipment failure […] 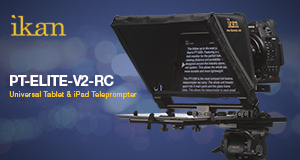 HOUSTON, Texas, (June 7, 2016) — Ikan’s best-selling iPad teleprompter has now been upgraded to the PT-ELITE-V2-RC! The latest version supports Apple iPads, Samsung Android, Windows tablets, Amazon Kindle Fire, and tablets ranging from 5×7.5 inches to 8×10.5 inches. This universal tablet teleprompter has been designed to be lighter, faster, and easier to use. The […] 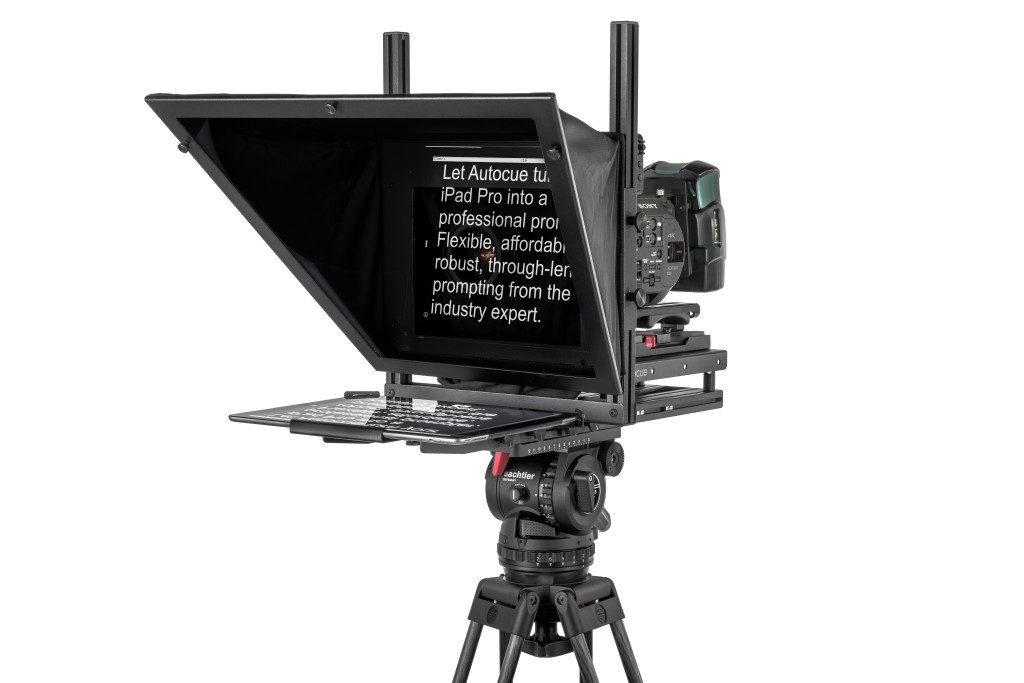 NAB 2016, Booth C6025 NEW ADDITION TO THE COMPANY’S STARTER SERIES COMPLETES COST EFFECTIVE OPTIONS FOR BOTH THE 9.7” AND THE 12.9” VERSIONS London, UK (April 4, 2016) – Autocue, the world’s leading teleprompting company and a Vitec Videocom brand, is pleased to announce a complete range of prompting solutions for the Apple iPad Pro […] 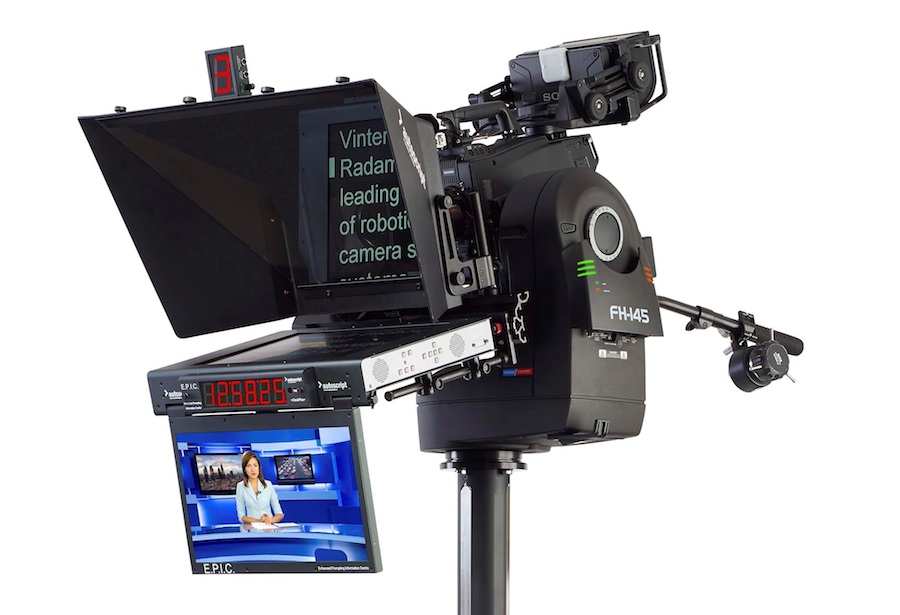 Twickenham, UK: 20 March 2015 – Autoscript, a Vitec Group brand, will showcase its recently launched E.P.I.C. 19 to NAB visitors for the first time, including a new feature, display remote control. The new 19 inch Enhanced Prompting Information Centre (E.P.I.C.) offers large studios one of the lightest and most power-efficient teleprompter systems for its […]