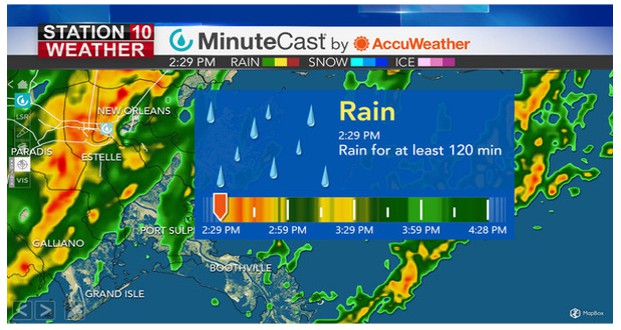 Early this year, the most comprehensive statistical analysis of forecast accuracy ever undertaken, independent forecast tracker ForecastWatch reconfirmed the superior accuracy of AccuWeather forecasts by a significant margin over the next five sources of weather forecasts in all categories examined. The study analyzed 120 million forecasts from over 1,000 locations globally over a four-year […]

MONTREAL, April 8, 2019 – The Weather Channel has selected Grass Valley a Belden Brand, to upgrade its full roster of studio cameras with IP and 4K UHD solutions. The broadcaster will deploy 18 Grass Valley LDX 86N Series cameras along with the newly launched Creative Grading control panel, making its debut at the NAB […]