WORCESTER, U.K. — March 7, 2017 — Timecode Systems today announced that it has been chosen as the sole supplier of timecode and sync products to Procam, the UK’s largest digital cinematography and broadcast hire facility. The agreement comes as a result of a growing relationship between the two companies, which share the same commitment […] 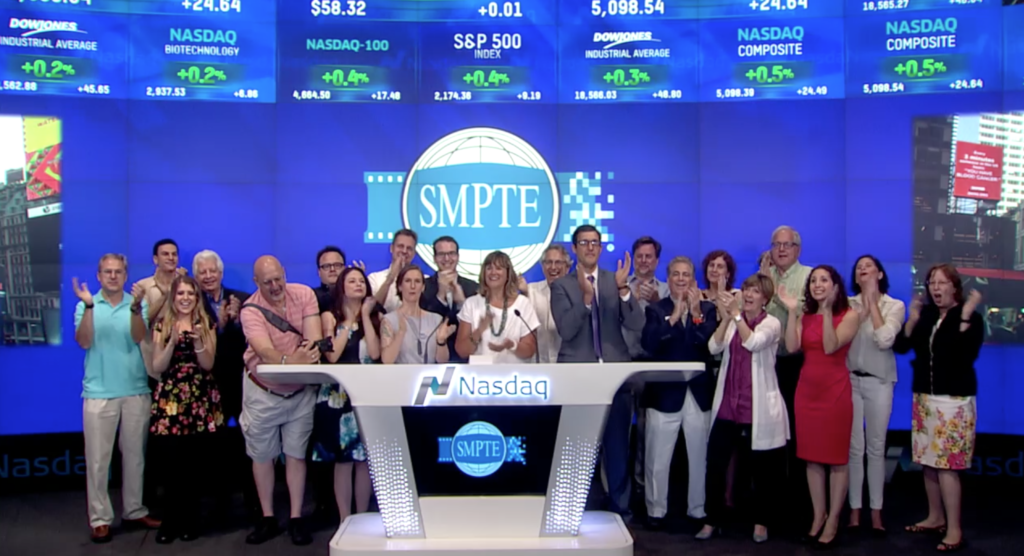 For those of you not in the media trade, SMPTE stands for the “Society of Motion Picture & Television Engineers,” of which I am a proud member, being a post-production studio engineer. And they celebrated their Centennial Anniversary by having Barbara H. Lange, SMPTE Executive Director, ring the Closing Bell at the Nasdaq MarketSite – 4 […]

WORCESTER, U.K. — Sept. 3, 2015 — Timecode Systems Ltd., a pioneer in wireless technologies for sharing timecode and metadata, announced that it will feature partner integrations with Sound Devices LLC, and ARRI at IBC2015. The live demonstrations on the Timecode Systems stand will show how these unique integrations create powerful workflow advantages for users. […]