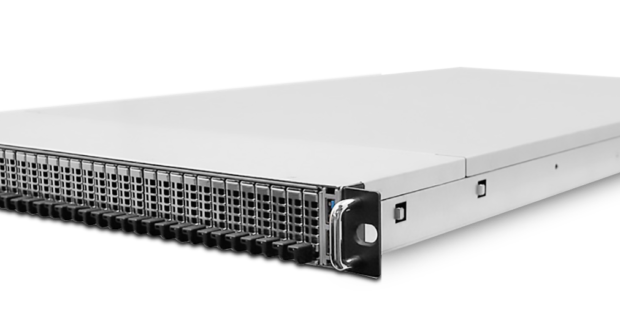 Take a Deep Breath. //BREATHLESS Just Got Even More Affordable

May 30, 2019 – Atlanta, GA – DigitalGlue has announced a significant price reduction for the //BREATHLESS series of its creative.space storage appliances, the world’s first, and only, On-Premise Managed Storage™(OPMS) system. creative.space, a convergence of both hardware and software, gives production and post-production houses the option to avoid purchasing another piece of iron and committing to another service contract by providing high-speed, high-capacity on premise storage-as-a-service offered for an affordable, all-inclusive monthly rate.

Citing the release of new higher capacity SSDs as the force behind the dramatic price drop, Sean Busby, DigitalGlue president, noted that //BREATHLESS is now obtainable for a fraction of its original monthly cost. “//BREATHLESS was built from the ground up for SSDs and already had the lowest cost-per-GB in the market,” explained Busby, “but the recent increase in SSD capacity has brought the price down drastically. Now we can provide not only 4 and 8 TB, but also 16 TB SSDs with monthly rates starting at $1795.00 for a three-year contract, and that includes our OPMS 24/7/365 monitoring, technical support and next-day repairs.”

While creative.space was created to provide a unique sensible, reliable and affordable alternative to high-priced, under-serviced storage systems, the //BREATHLESS series was specifically designed to push modern hardware to its limits. It’s completely redesigned form factor maximizes performance while minimizing footprint with half a petabyte of NVMe flash NF1 SSDs (Next-Gen Form Factor 1). //BREATHLESS’ 36 bays can house between 144 and 576 TB, while only taking up a single rack unit.

On the creative side, the //BREATHLESS enables a new level of post-production collaboration that removes the offline/online process and allows everyone, from editorial to color, to collaborate with the highest quality version of their assets. In addition, up to three HDD expansion chassis can be added to turn the //BREATHLESS series into a hybrid system. Scaling out with spinning disk helps keep costs low, and //BREATHLESS can take over as the controller of an existing storage appliance giving access to both systems over one cable.