NEW YORK— Writer-Director Nicolas Pesce’s debut feature, The Eyes of My Mother, which was finished  at Technicolor PostWorks New York, is a beautifully calibrated horror story of a young woman scarred by childhood tragedy. The film is packed with heart-pounding moments, made all the more chilling by an artfully crafted black & white look captured by Cinematographer Zach Kuperstein (also making his feature debut) and finished by Colorist Sam Daley.

The film is set on a secluded farmhouse where a young girl, Francisca, lives with her Portuguese parents. The girl’s idyllic life is shattered with the arrival of a mysterious visitor who commits an act of terrible violence before her eyes. The consequences of that trauma come to fruition decades later after the girl reaches adulthood.

The film was digitally captured by Kuperstein in color and converted to black & white during post-production processing at Technicolor PostWorks. Kuperstein notes that planning for that conversion began early on and involved nearly every aspect of production. “A lot of our work with production designer, Sam Hensen, and costume designer, Whitney Adams, was focused on creating color contrast in the design elements so they could be easily separated when we got to the DI,” he recalls. “We captured all of the color information on set, viewing the image with a simple black and white LUT, with the intention of grabbing those distinct colors and adjusting their brightness values in post.” 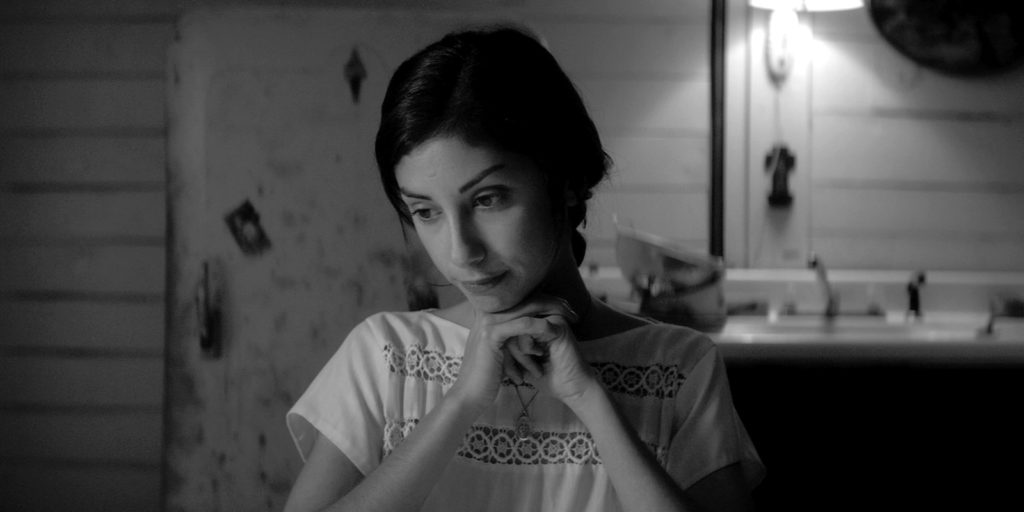 Working under the direction of Pesce and Kuperstein, Daley used Da Vinci Resolve to draw down the color and recreate the classic look of a black & white print. “In my early days as a telecine colorist, I worked a lot with black & white negative and it was a thrill to dive back into that world,” Daley recalls. “It’s not as simple as desaturating the images. Getting the true qualities of vintage black & white requires precise manipulation of tonality within the frame before the color is removed.”

In fact, Daley made a first pass through the film in color, using digital tools to simulate the way black & white negative reacts to light. “I spent a lot of time isolating and brightening faces so that, when they were desaturated, they would appear more like they would if exposed on black & white film. There was a lot of dodging and burning, brightening and darkening of small areas to make the images feel more dynamic.”

“Sam was able to isolate the unusually saturated colors, such as a bright orange couch or the green line’s in Francisca’s dress, and make them stand apart,” adds Kuperstein.  “This added a kind of texture and contrast that would not have otherwise been possible.  The approach is akin to using a yellow filter on B&W negative to darken a sky.”

Daley made other adjustments to the look to add to the growing sense of horror. Many of the most shocking events in the film appear on the periphery of the frame. Subtly adjusting light and shadow, Daley helped to draw attention to such creepy details while keeping them barely visible.

“We create a sense of mystery by the way the image rolls off into the blacks,” he explains. “There are a lot of scary things in the film and you see just enough of them. We walked a fine line, where the audience sees the horror, without making it the central focus.”