Aardvark, (USA, World Premiere), Director Brian Shoaf’s story of a therapist whose professional and personal worlds collide when a new patient walks through her door.

Saturday Church, (USA, World Premiere), Director Damon Cardasis’ drama of a shy and effeminate teen being raised in the Bronx by his strict Aunt Rose.

Dabka, (USA, World Premiere), Director Bryan Buckley’s story of rookie journalist Jay Bahadur (Evan Peters), who, after a chance encounter with his idol (Al Pacino), moves to Somalia looking for the story of a lifetime.

Permission, (USA, World Premiere), Director Brian Crano’s film focusing on a couple who embark on an experiment to broaden their horizons without sabotaging their relationship. 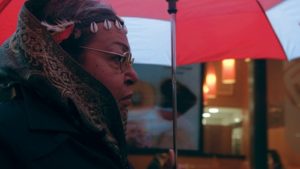 WASTED! The Story of Food Waste, (USA, World Premiere), Directors Anna Chai and Nari Kye show how $218 billion in food is thrown out each year, while nearly a billion people worldwide face starvation. 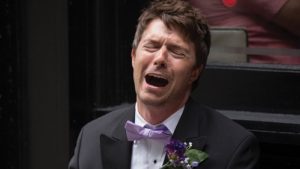 Lemon, (USA, World Premiere), Director Timothy Michael Cooper’s tale of a bride who is stunned to learn that her new husband fudged nearly everything about his past, his family, and his accomplishments.

The Last Poker Game, (USA, World Premiere), Director Howard Weiner’s story of Dr. Abe Mandelbaum (Martin Landau), who moves into a nursing home with his wife and forms an improbable relationship with a gambler and womanizer.

The Sinner, the World Premiere of the new USA series.

Unbreakable Kimmy Schmidt, the World Premiere of Season 3 of the hit Netflix series.