Zulu
THE BEAT:
Home » News » Technology that Brings Us Together Also Drives Us Apart 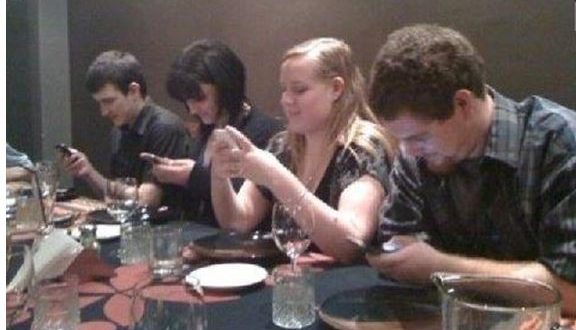 Technology that Brings Us Together Also Drives Us Apart 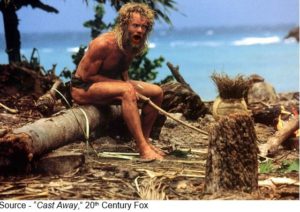 “I knew, somehow, that I had to stay alive. Somehow. I had to keep breathing. I stayed alive. I kept breathing. Because tomorrow the sun will rise.” – Chuck Noland, “Cast Away,” 20th Century Fox, 2000

First, it was Al Gore inventing the Internet. Then, Tim Berners-Lee came up with the Web.

Finally, we were able to do things on a global basis.

Then, Jobs introduced the iPhone and folks mashed all of the communications tools together.

I just hollered into my kid’s room and told him to go out and be with people.

His response was he was too busy with friends:

Together – Increasingly, younger people find it fast, easy and comfortable to be together at a distance and nothing beats a great VR game to bring you closer and more together.

To him, and a great many Gen Zers, they’re too busy with folks to be with folks.

They’ve been device-connected since birth.

They’re able to reach out and connect with someone quickly, without interrupting either one of them.

According to a recent Monitoring the Future report, kids actually spend more time at home under the same roof with their parents. But they really aren’t any closer to them, they’re just … there.

You know, the usual response… “okay, right, fine, whatever.”

Instantly, they’re back on the phone browsing, texting and posting.

The report noted that teens are getting physically together with peers far less than in the past, dropping 40 percent between 2000-2015. 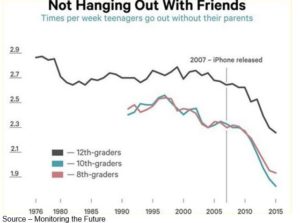 Hangin’ Out – Smartphones made it easier to hang out with friends anywhere in the world any time you want without even being there.

Whether it’s on social media or texting, the data connection works much better for Gen Zers — and increasingly, for everyone else — than the old-fashioned phone call.

Like nearly all of today’s technology, the introduction of the smartphone has it’s good and bad points. 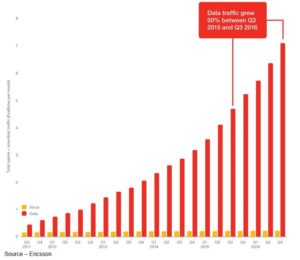 Calling Fades – It’s much easier to send notes, videos, photos, charts, everything to friends, family and business partners without even calling them.  Data continues to rise consuming more than 80 percent of today’s bandwidth.

According to an NYU report, people average three hours a day on their phones.

In the pre-smartphone era, that number was just 18 minutes.

The good news with all this data communications is that the phone-to-the-ear cancer scare isn’t much of an issue anymore.

Even when folks do break down and place a call, they usually put it on speaker so they can share the conversation with others:

However, we can’t blame the smartphone, the technology tools, the web or all the apps people stuff on the phone to stay in touch.

They’re just hooked on it … all of it.

A while back, Arianna Huffington, founder of Huffington Post, was hawking her new book on The Colbert Report and said people checked their phones way too often … even during very intimate engagements.

Don’t Put it Down – People today will go into a cold sweat if they don’t have the security of their smartphone to stay in touch–even when they’re in personal touch.

It’s so bad that some European cities have embedded traffic signals in the sidewalk/crosswalk.

Fortunately (or unfortunately), it won’t be a problem for me because I find it difficult to walk and chew gum at the same time … let alone text or dial a call.

But then, a fine (or two) could be the least of your worries. 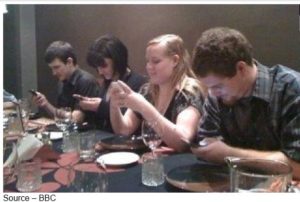 Dinner with Friends – Come on, you see it all the time.  You’re at a nice place having dinner with friends; but still, folks need a little smartphone fix.

Whatever stuff that’s going on in your virtual world is probably less important than the individual or people right in front of you or next to you.

Sure, the Web was around for Millennials; but it wasn’t always in your face, in your hand, next to you in bed.

Interesting–the iPhone was introduced in 2007, the iPad in 2010; and a recent U.S. survey  of 5,000 American teens showed that three out of four kids owned an iPhone; the others, something else.

But it isn’t the phone that’s the issue, it’s the stuff you put on it, the stuff you use constantly. Yes, all those really cool, really fun, really connected apps. 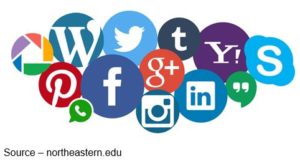 Getting Hooked – Pick the app, any app; the whole idea is to keep you coming back again and again, checking on others and contributing your own “news.”

Talking with Anderson Cooper, he said app programmers work very hard to keep the user attached to his/her phone; which is probably why the average American spends five hours a day glued to the screen.

And it works well for Gen Zers who were born with the phone in their hands.  According to the study, they spend an unbelievable nine hours a day on social platforms.

That’s probably why they tend to spend more time at home – it certainly isn’t to “be” with the family – it’s just that they don’t have to leave to be with friends.

An indication of the changes taking place was reported by the University of Michigan which found today’s teens don’t have the same rush to get behind the wheel as earlier generations. 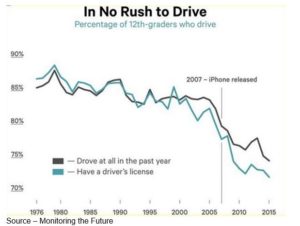 No Wheels – Unlike previous generations, today’s teens aren’t as anxious to obtain a driver’s license and many don’t obtain one until they are older.  They are questioning the cost of owning and maintaining a car when livery services are so readily available.

That used to be a rite of passage when you finally got that all-important driver’s license.

With that lowly little card, kids could get away from their parents and enjoy a world of their own.

Suddenly, they could drive away to drink, smoke, make out in the backseat, do stuff.

When the folks asked, “When will you be home?” the response was “When do I have to be home?”

Yep, it was still their house, their rules.

Of course, pushing back on the shackles (opportunities) of adulthood isn’t new.

Gen Xers started careers and families later than boomers and boomers held off longer than the silent generation.

They seem to be stretching adolescence beyond its earlier limits.

If we keep on this path, childhood could be an integral part of work. You know; slides, swings, sandboxes, trampolines, Legos, naptime, all that kid stuff.

None of this really bothered me too much because after all – kids outgrow stuff, right?

But then I read two reports on population studies in Asia.

Maybe – just maybe – the always with you, always-on device really could cause irreversible damage to humans.

Whether Japanese, Chinese or South Korean; Asian youth took to the mobile phone faster than those in the Americas or Europe.  Even with the flip phones, they had apps and SMS/texting down cold and were using it years ahead of the rest of us.

In these cultures, where working long hours is the norm, there was also a social pressure to do things as a collective group.

After work, the group went out to drink together, eat together, be together.

But in recent years, there has been a shift.  Gen Zers and millennials run their own errands during lunch, rather than eating together.

They go out in the evening and drink/eat alone.

O.K., that’s all fine but there’s a specter on the horizon that could spread around the globe and become really, really popular … weddings alone.

It’s My Party – Males and females in Asia are marrying later or not at all as they are comfortable in being alone and having relationships that don’t interfere with their careers or personal lives.  Increasingly, more women have even had their alone weddings complete with a gown and photos of the event.

It’s all part of a new-found, individualistic lifestyle called YOLO (You Only Live Once).

Psychologists have spent the last few years studying and analyzing the YOLO “movement” but companies aren’t questioning it.

They’re just learning how to capitalize on it!

They’re eliminating the stigma of going to an establishment and drinking or eating alone because you’re alone together.

Be single, be proud, be yourself … YOLO!

Women have been some of the first to adopt the YOLO life, declining or delaying marriage because they didn’t want anything to interfere with their careers as they focused in punching through the glass ceiling.

American, British, French, Brazilian or Saudi women may be cheering Asian women on; but remember, these are cultures that emphasize the family and an unbroken lineage.

The younger generation though is pushing back for more me time.

Okay, it’s not really me time because the smartphone is always close, always in use.

So, I guess it’s me/YOLO/alone together smartphone time.

Now that’s okay, but you have to remember it was just “a few years” back that China abandon their one child and it better be a boy rule so today:

Talk about the perfect storm. 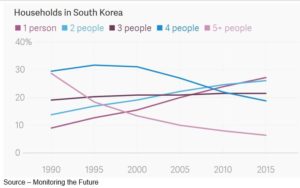 Why Drive – With everything as close as your fingertips – news, information, entertainment, friends – why get a car and all that added baggage like loan payments, insurance, gas, tickets.  Everything you need is in your hands.

People in these areas are moving to the city, women are delaying marriage choosing to focus on their careers rather than pregnancy and seemingly find that the smartphone is the fast, easy way to connect/stay in touch with friends and family.

In Korea, single-person households are most common, making up 27 percent in 2015.

The decline and delay of marriage in China, Japan and Korea is part of a global trend. In Korea, less than half the women surveyed felt that marriage is a must.
Not that I’m looking (happily married); but I agree with the Chinese government that urged women to “lower unrealistic standards during their search for a partner.”

Probably watching too many video heroes! 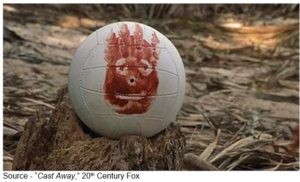 I’m not saying it’s all the fault of our alone together technology but I do agree with Chuck Noland that we need to put down our devices and look around because, “The most beautiful thing in the world is, of course, the world itself.”