Zulu
THE BEAT:
Home » News » Telestream Wirecast Streaming Brings the Extreme Sailing Series to Any Screen Near You 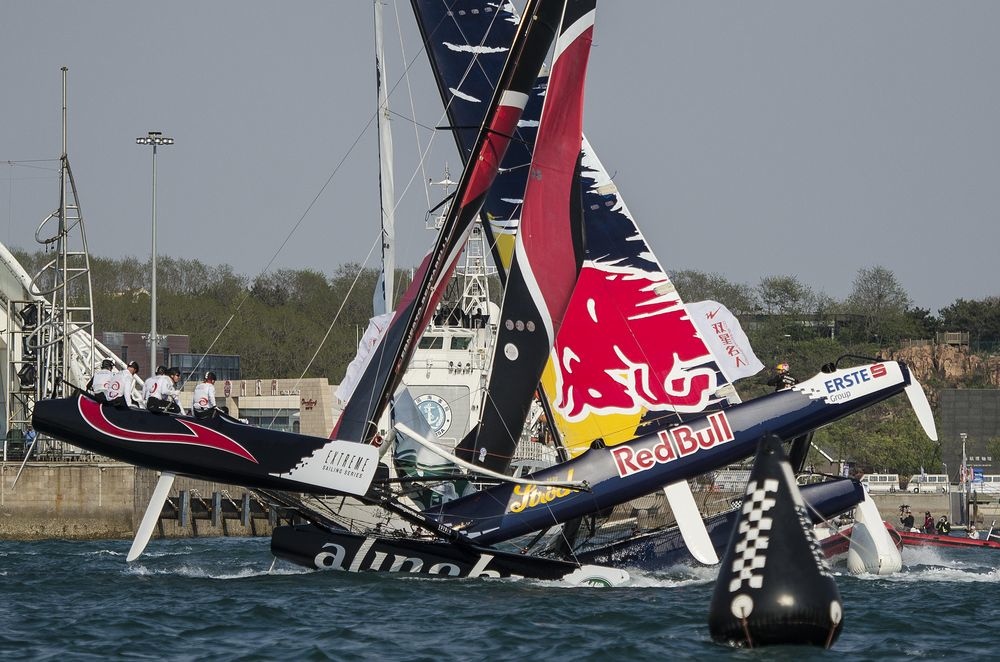 XXXXXX perform / look out / races / jumps... during day 4 of Act 3 of the Extreme Sailing Series at Qingdao International Sailing Centre in Qingdao, China on May 4th, 2014

Telestream, the leading provider of digital video tools and workflow solutions today announced that its Wirecast live video streaming software is being used to connect sailing fans worldwide with the global sporting phenomenon known as the Extreme Sailing Series™.

Now in its ninth season in 2015, the award-winning and adrenaline-fueled global Series has given the sport of sailing a healthy dusting-off. Bringing the action to the public with Stadium Sailing, putting guests at the heart of the battle and dramatically increasing the pace on the water, the creators of the Extreme Sailing Series have set new standards, both in terms of high level competition and sporting entertainment.

Whether you’re a hard-core sailing fan or a wide-eyed newbie, the Extreme Sailing Series has something for everyone as the worlds top teams including Olympic heroes, World Champions and record breakers will go head to head on 40 foot, high performance catamarans, racing just meters from the spectators on shore. The free-to-enter public Race Village puts fans right at the heart of the action – racing their catamarans at full throttle just off the waterfront, the sailors can hear the roar of the fans and fans around the world can follow online through live high definition (HD) video streaming and dynamic SAP sailing analytics.

Once experienced, the events hook viewers and demands their attention. This year, with events being staged in Singapore, Muscat, Qingdao, Cardiff, Hamburg, St Petersburg, Istanbul and Sydney, the live video streaming is an essential requirement for fans that want to keep up with all of the action on the water. Using Telestream Wirecast, the event’s organizers stream live HD content from each race over their dedicated YouTube channel. To further enhance the stunning visual content, 3D sailing analytics provided by SAP are embedded within the live stream.

At each event, the production team has a multi-camera setup on shore and on the water with cameras capturing every moment of the racing. These feed into a central control room where the TV production takes place. A dedicated streaming operator receives two feeds from the video production crew: one of SAP 3D Graphics and another of the live TV production of the race. They use capture cards to bring the feeds into a computer running Wirecast and then stream the event with the graphics to a Wowza cloud server and YouTube.

“When we evaluated the various video streaming platforms Wirecast was the stand-out choice for us,” explained Liam Lavers, IT Support Specialist at OC Sport. “The key for us is the ability to stream more than one HD channel to more than one location. In some of the countries that we visit, securing sufficient bandwidth is difficult and in this situation Wirecast actively monitors the output. It continually shows us our bandwidth usage and flags when we need to lower the bit-rate to improve the performance of our streams and prevent them from dropping out. Overall this leads to a much better viewer experience.”

“Wirecast live streaming helps us massively since it allows us to showcase our event to a global audience using stunning quality live HD pictures, which can be accessed anywhere via the internet.” Lavers continued.

About Wirecast
Wirecast is the industry’s only cross-platform, all-in-one live streaming production software that enables capture, live production and encoding of live streams for broadcast to multiple servers and platforms simultaneously. With new powerful production capabilities, streamlined workflows, and expanded content source options, Wirecast 6.0 offers the capabilities of more expensive hardware solutions with the flexibility and affordability of a software application.

More information is available at www.telestream.net.