The Basics of Production Insurance for Video 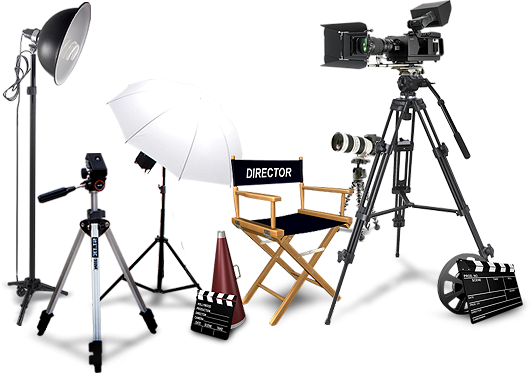 We live in a very litigious world. Having insurance to protect video producers against accidents or mishaps of all kinds is essential. It is foolhardy to go uninsured and not something to be cut from any budget to save money.

Even with insurance, close calls happen. Once, after a video crew for my production company left TV host Steve Allen’s Los Angeles home after a shoot, a fire started in his laundry room. For hours, I sweated whether or not we had caused it (or would be blamed for causing it) and what our liability might be. Fortunately, we escaped fault when it was determined the fire had started with a short circuit in a washing machine!

Another time one of my crew’s hot quartz lights fell on actress Zsa Zsa Gabor’s very expensive white shag rug — leaving a bad burn mark on it. Again, I panicked — bringing Zsa Zsa a bottle of Dom Pérignon champagne and footing the bill for the rug’s repair. I played nice and avoided legal trouble — but it was a close call.

Because various kinds of accidents happen all the time, it takes more than one kind of insurance for most productions. At the very least, most producers need liability, errors and omissions and, perhaps — if the budget is large enough — completion bond insurance.

Liability is one of the most important types of insurance to carry because, quite simply, accidents happen all the time. It someone on your set gets hurt or, worse — dies — you WILL be sued. Think of that shooting accident that killed the cinematographer on the set of the film, Rust, with actor Alex Baldwin. Even though it was a low-budget western, the litigation and other legal hassles will continue for years ahead. 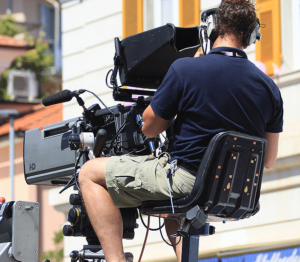 As with the Rust accident, having insurance doesn’t stop lawsuits, especially for accidents with serious consequences. Even a small, but legitimate, accident covered by insurance can still draw ambulance chaser lawsuits that are expensive to defend, even if you win.

Specialized insurance for video productions is not commonly sold by most insurance agents. Because of this, production insurance is more expensive since there is less competition in the market. Experts are needed in this niche of the insurance business.

Luckily, in the age of the internet, production insurance is available online. A good starting point is CoverWallet (www.coverwallet.com), where video producers can get quick quotes online; or Simply Business (www.simplybusiness.com).

Be prepared for an investigation of your company’s business and the particular project you want to insure. The days are over when production insurance companies take your word for the details. They want to assess their risk in advance. It is even more complex when shooting in a foreign country, since it may require a special policy from a local broker for the location where you are working.

Errors and omissions, another kind of insurance, protects a show’s content against errors of fact — intentional or not. This is especially necessary whenever a story is based on true events. For this type of insurance, a script will be fact checked in advance. Standards are much harder to meet today than they used to be. 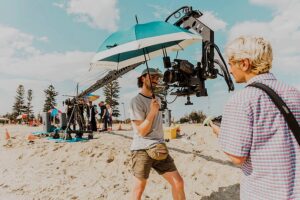 I regret to say it, but I once worked on Lifestyles of the Rich and Famous, a notoriously low-budget show that seemed to get into trouble all the time by stretching facts and shooting without required local permits.

One night, a paparazzi video shot was obtained of actor Clint Eastwood going to dinner at Spago, a Hollywood restaurant. Though it was pretty standard celebrity fare, the show used the shot in extreme slo-mo and claimed that Eastwood was a “guest” on the show, which he had never heard of. A “segment” was created out of random clips of stock footage and voiceovers. Eastwood sued, but the damage was done. Fortunately, it is harder to get away with that kind of stuff today.

Completion guarantees are a form of insurance that protects investors in a project — making sure the production will be completed on time and budget. If the producer runs out of money before the end of the pre-production process, a third-party guarantor takes over. It is difficult to get completion guarantees, but investors typically demand them as protection of their investment.

Of course, if a project falls apart, the completion guarantor will become responsible to pay off the investors and take over the project. The producer loses control and it is up to the guarantor to decide whether to continue the project or kill it. Most producers find this notion so onerous that it becomes a real incentive to finish a project on time and within budget.

To go through the vetting process, a potential completion guarantor wants to know the track record of the producer and see the script, budget, shooting schedule, backgrounds of key crew members and all the project’s financing arrangements. It is a rigorous process.

Due to the scarcity of available guarantors, it is almost impossible to get a completion bond on any project valued at less than $500,000. This is not an option available for small, low-budget productions.

This article just skims the surface of the available ways to protect a video production against unforeseen risks. Even the best insurance is not real protection if disaster happens. But production insurance is incredibly important for mitigating risk as much as possible.

To try to manage a budget by cutting insurance costs is a real roll of the dice. It is a crazy risk that can tank anyone’s future in video production and should be completely avoided.