“The Comments,” Insider Satire About Online Shaming in Hollywood, Premieres on YouTube

LOS ANGELES— THE COMMENTS, a cunning satire of today’s Hollywood, where big screen success is often accompanied by online back-stabbing, debuts today on  YouTube. THE COMMENTS skewers the curiously modern phenomenon of online shaming as it plays out through the comments sections of media websites. 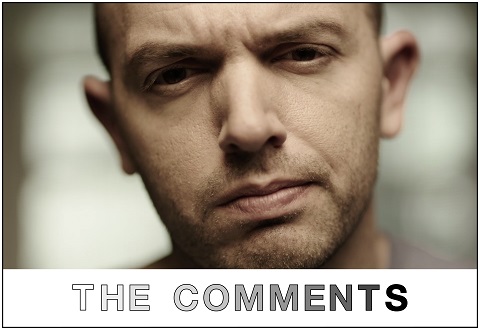 THE COMMENTS was produced by David Kang, Ross Otterman, J.P. McMahon and Tristan Drew, in conjunction with A Common Thread, Integrated Productions and Therapy Studios.

THE COMMENTS was written and directed by Jim and Brian Kehoe. The Kehoe brothers are a hot writing team with projects set up all over town, including THE PACT, which is being produced by Seth Rogen and Evan Goldberg (NEIGHBORS, THIS IS THE END, THE NIGHT BEFORE) and directed by Kay Cannon (PITCH PERFECT 1&2, NEW GIRL, 30 ROCK). The Kehoe Brothers are repped by Verve and DMG.

THE COMMENTS on IMDB www.imdb.com/title/tt5011864/combined