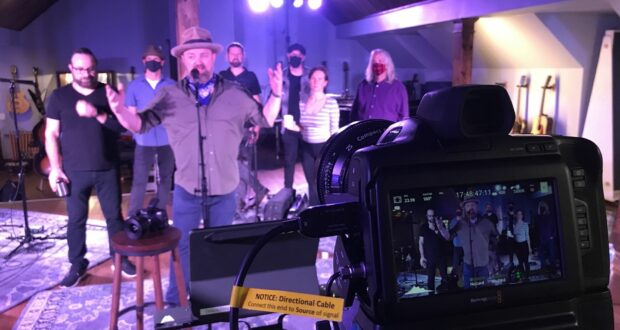 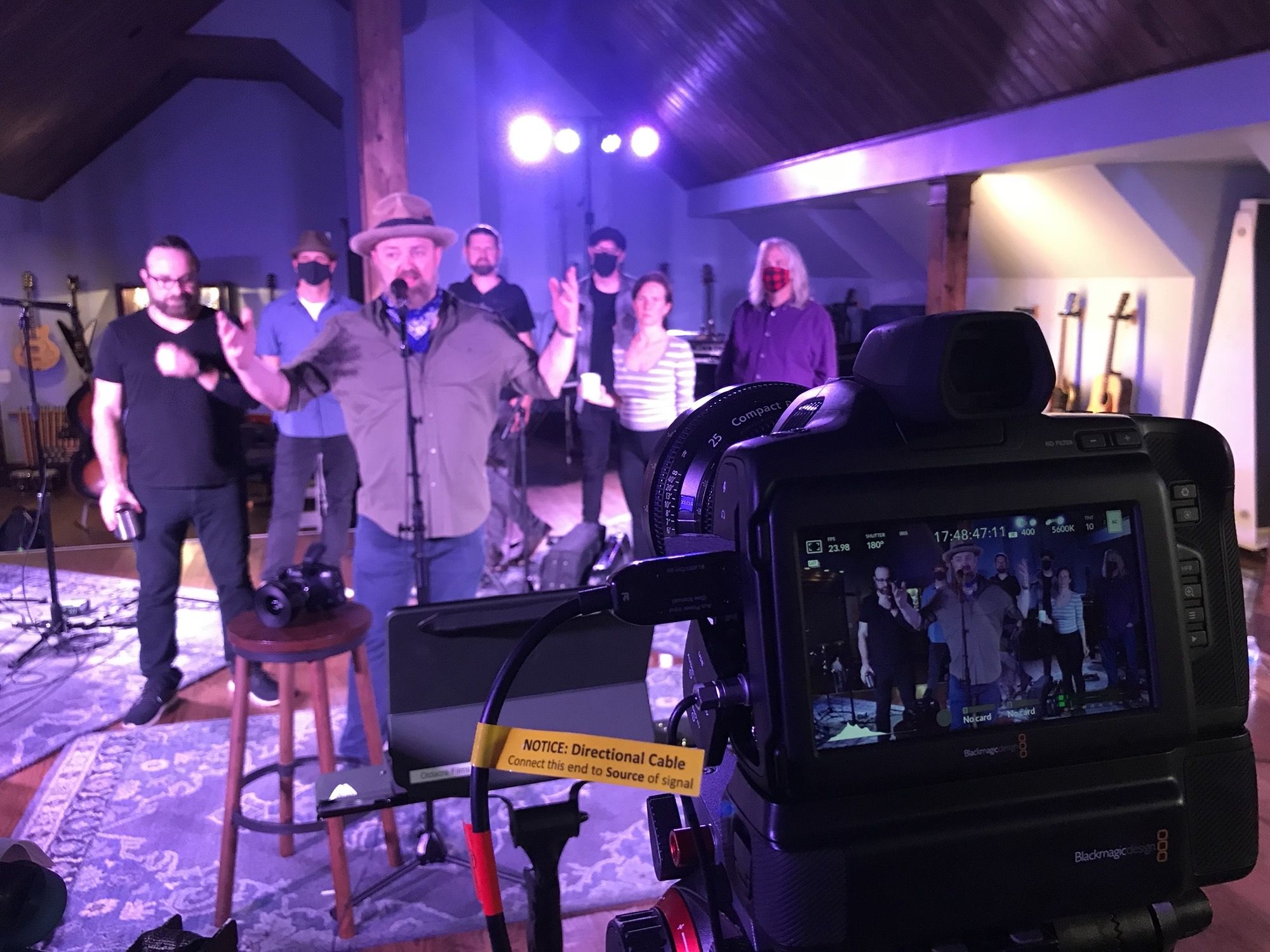 In 1996, Hopkins founded Brighter Shade Studios, a private recording studio in Atlanta, GA, where he works on a variety of projects in between live performances. Numerous Zac Brown Band songs were recorded there, and since the COVID-19 pandemic began, Hopkins has been live streaming from the studio as a way to continue performing and keep fans engaged.

“It was imperative that we find a way to stay connected to fans, and live streaming was the answer,” Hopkins explained. “I wanted to do it right, so I needed gear that was easy to use but still produced a professional stream. We started with Pocket Cinema Camera 6Ks and an ATEM Mini Pro ISO and were impressed with the quality of the camera’s images and how easy the switcher was to use.”

Working with award winning video editor, compositor and designer Harold Sellers, Hopkins turned one of Brighter Shade Studios’ video suites into a control room with the new gear. Crucial to the workflow was the ATEM Mini Pro ISO’s ability to save a DaVinci Resolve project, allowing them to open the live production as a video edit after the live stream and adjust edits, remix audio and add color correction.

After using the gear for several months, and with the “Lonesome High” album launch performance nearing, Hopkins realized he needed to expand the workflow. With six band members and their instruments each playing an important role in the performance, additional cameras were required to capture all necessary angles. Hopkins and Sellers added two Pocket Cinema Camera 6K Pros, as well as another two Pocket Cinema Camera 6Ks, for a total of eight cameras in the studio. An ATEM Mini Extreme ISO was also implemented to accommodate the additional camera inputs.

“When we had live streamed previously, our piano player got lost in the video, and we needed more angles on the soloists and the horns,” said Hopkins. “As a studio owner, I always like to make the systems bulletproof rather than renting different gear and not knowing what that might bring. The Blackmagic Design products delivered exactly what we were looking for.”

Sellers added, “We started with the ATEM Mini Pro ISO, but ultimately wanted to add more cameras, so we were thrilled when Blackmagic Design announced the ATEM Mini Extreme ISO. It was perfect for our needs with the additional camera inputs, and the ability to go right into DaVinci Resolve to fix mistakes and link back to 6K footage after the stream is amazing for producing a final master.”

He continued, “A consistent look between cameras is important during a live production, so the ATEM Mini Extreme ISO’s ability to color match all the cameras remotely is particularly helpful. The setup process also could not have been easier. We really appreciate the fact that it all works seamlessly when we plug it in. I’m blown away by what you can do with such a small box. I can’t say enough about this amazing system.”

The “Lonesome High” album launch performance was live streamed via Maestro to the Virago TV website. With the established live stream expansion at Brighter Shade Studios, Hopkins and Sellers will also be welcoming other artists to stream throughout the year.

“It’s one thing to make music, but being able to share your songs and connect with fans really takes the profession to another level,” said Hopkins. “Live streaming has allowed The John Driskell Hopkins Band, and other artists, to continue to pursue our passion despite being so disconnected by the pandemic. We can’t wait to get back out on the road, but it’s great to have the capability to live stream now and well into the future. Our goal is to make every show a memorable experience for fans and having the Blackmagic Design products in our studio enables us to do that.”