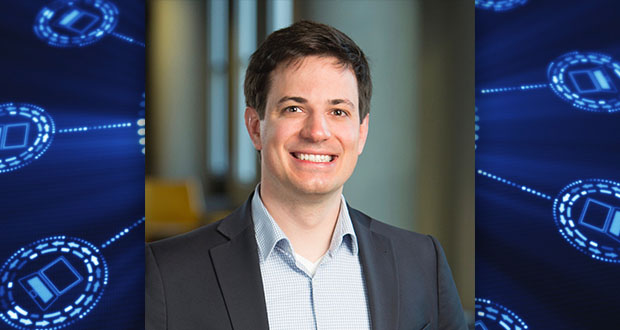 The multi-screen, multi-platform world we live in has significantly increased the convenience of content consumers’ viewing experiences. Audiences can now watch everything from live sports to feature length films on a smartphone, allowing consumers to view any content, any place and at any time. As testament to how popular streaming really is, this year’s Super Bowl broke new records in streaming. 7.5 million unique devices streamed the game – a 20% increase on last year’s numbers. Additionally, engagement levels with content served up by major SVOD players such as Netflix and Hulu is staggering. For the fourth quarter of 2018, Netflix added 1.53 million paid subscribers to its service in the US in the final quarter of 2018, while Hulu recently reached 25 million paid subscribers

The rapid growth of streaming video content in the U.S. is a big shift from the days when audiences would congregate around the TV set. But there are still challenges that need to be overcome. At its best, a live stream can deliver  high-quality footage that truly immerses the viewer. But at its worst a stream can be plagued with pixelation and buffering, which can be an extreme source of frustration and ruin the viewer’s online experience. The content industry needs to tackle this issue and deliver streams that are the same quality as broadcast, in efforts to enhance and differentiate their service from an increasingly complex competitive landscape. Developers will play a central role in helping to achieve this, and they will need to focus on three primary technologies.

While the technology has been utilised by large SVOD players for a while, much of the industry has yet to deploy adaptive streaming to deliver high-definition content, at a fraction of the bitrate typically used for the application. This process, called Per-title Encoding, uses a complexity analysis of the assets to calculate a bitrate ladder, which is basically a table containing the optimized bitrate/resolution combinations.

However, this is easier said than done: most video-related services still use static bitrate ladders without applying content-based optimizations. To utilize Per-title Encoding effectively, developers need to identify the best possible correlation between perceived picture quality and bitrate, and to them optimize the content to fit these metrics. This approach significantly reduces the bitrate without any compromise in image quality, when compared with standard encoding profiles.

With this technology, organizations of all sizes across the U.S. will be able to optimize their service, resulting in a general improvement on the consumer experience for every single piece of content – from feature films through to live sports.

We recently released our yearly ‘Video Developer Report’, in which we interviewed over 450 developers worldwide to ask them about their biggest challenges and investment areas for 2019. We found that latency was the biggest problem for video developers in 2018 regardless of their location, access to high speed networks or area of expertise.

Live sports is arguably the most challenging application for online video: movement is constant, which means that each frame will provide additional details compared to the previous one; and fans expect high quality. These two challenges combine to increase the amount of data that needs to be sent over the internet compared to other applications like cartoons. However, the network capacity is finite, resulting in packets potentially getting stuck on their way to being reconstructed. This then turns into buffering, which is not acceptable for a live programme.

For us, the solution lies in deploying effective video analytics solutions that adjust settings in real-time, lowering latency whilst also keeping video of high-quality. This will particularly please the many fans who watch live sports online, who I’m sure would not be thrilled if they consistently heard their next-door neighbor’s cheer for Tom Brady before they’ve even seen the touchdown.

AV1 and the multi-codec world

The launch of a new codec always makes headlines. However, AV1 stood out for two reasons: it claimed to process UHD much faster than any other solution out of on the market, and it was royalty-free – effectively leveling out the playing field for innovation and allowing smaller organizations to compete with industry giants through their innovation.

An interesting development in our ‘Video Developer report’ was the rise in developer intent to deploy the codec with nearly a third of all respondents. This is over double the rate of planned usage (14 percent) of our previous report, showing that it is a serious contender to established codecs such as H.264 and HEVC. It will first be rolled out for premium VoD services first, enabling the providers to spread the cost of compute resources while the wider market begins mass adoption of the codec. Yet, it is too early to say that it will replace other codecs. In general, 2019 will accelerate the trend towards a multi-codec world as all content providers select the best solution for different scenarios.

This year, we expect that more live sports will be streamed to fans, more studios will launch direct-to-consumer online streaming services and social video will continue to grow. By combining better encoding with reduced latency and a wider range of codec options to choose from, the media industry will be able to deliver on the promise of an online video experience that truly rivals linear broadcast.