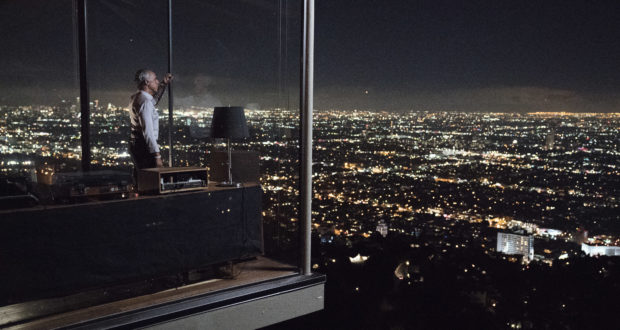 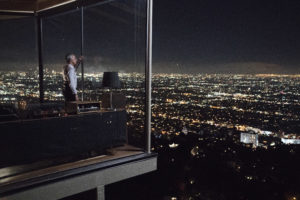 The first article in this series covered how, just as the Bosch novels by Michael Connelly carried on the tradition of tough, hard-boiled American detective fiction perfected by the likes of Raymond Chandler and Dashiell Hammett, so Amazon Prime Video’s Bosch television series continues the dark, gritty look of classic film noir. And two of the people most responsible for realizing that noir feel are Season Five’s DPs, Michael McDonough (ASC, BSC, AMPAS) and Patrick Cady (ASC), who both alternate on the series.

McDonough, who agreed to be interviewed, started out doing cinematography for such feature film directors as David MacKenzie, Rodrigo Garcia, Terence Davies, Stephen Frears, Michael Radford, and Lawrence Kasdan. He’s also had multiple collaborations with his former NYU classmate Debra Granik, most notable Winter’s Bone, which received four Academy Award Nominations including Best Picture. In addition to Bosch, McDonough has been also been the DP for Downton Abbey and Fear the Walking Dead.

McDonough explained how he approaches Bosch‘s noir atmosphere. “A particular aspect of Bosch that we’ve worked on has been LA at night,” he said. “There is a particular feel to the city that goes back to films like Heat and Collateral and the nostalgic desire for the sodium night light of the city that is quickly changing into an LED streetlight blandness. We work hard to keep that sense of multiple color temperatures and the variety of neon that comes with an LA night feel. We’ve also worked into the darkness of interiors and exteriors over the years and embrace the noise that can come with working at lower light levels to enhance that sense of grittiness. We looked a lot at the noir history of the city and its depictions for Season Four when we were heavily using classic locations in the downtown area.”

For Season Five, the team decided on a slightly different approach. “Last year, we were particularly influenced by The French Connection in relation to texture, and also the sense of observation and surveillance that went along with our main storyline last season,” McDonough told me. “There is always a visual hook, suggested by the early scripts, that acts as our weather vane in determining the appropriate look.

“On Season Five, we switched from RED Dragon to RED Weapon with a Monstro sensor. We now shoot 6K for a 5K extraction which allows some extra visible safety for the operators, and we now use 8:1 compression so that post end up dealing with pretty much the same data as when we used Dragons at 5K with a 4K extraction. Our on-set monitoring is done using two Sony PVM254 25” OLED Monitors. We apply our set LUTs to the monitors using a switcher and Odyssey 7Q Plus monitor/recorders which hold up to 36 LUTs and also act as our False Color monitors.

“We use a lot of LED now as we are often in three or four separate locations in any given day, and we bounce around town using stake-bed trucks, and the final touches on any setup, like an eye-light or on a close-up are usually achieved with compact battery powered LED units. For night exteriors, we often use real Sodium bulbs in industrial fixtures mounted atop lighting stands or on condors. As well as that we’ll mix tungsten and HMI and regular gel packs might include some industrial vapor or cyan.”

I also asked McDonough about the use of color coding in post-production to achieve Bosch‘s unique look. “Our Red Raw footage—Red Wide Gamut Log3g10—is processed at Warner Bros. Motion Picture Imaging. The dailies are transferred on an MTI Cortex and the LUTs from set are applied to create a Rec 709 image with the LUTs ‘baked in’. We record in 6K with a 5K extraction and at 8:1 compression, to allow for camera operator safety area, to allow for repos, and when needed to widen a shot, we use the whole 6K image area. DNX 36 files are created for editorial with LUTs applied and Synced Sound by Jesus Borrego.

“Colorist Scott Klein does a pass using our set LUTs as a guide. The set LUTs have been created over the last five seasons. Scott, and assistant Ara Thomassian work on a Black magic Da Vinci Resolve. Two final passes are done with executive producer Pieter Jan Brugge and either of the DPs, myself or Patrick Cady, in attendance. One being ‘Setting Looks’ and the other being ‘Final Color.’ We deliver on SD—Rec709 Prores422HQ in UHD. An HDR pass is also done—Rec2020PQ—supervised by Scott. Our Bosch Post team of Producer Mark Douglas, Post Supervisor Tayah Geist, and Coordinator Erika Shea look after things superbly and are supported at Warners by project manager Michael Holland.”

Most of Bosch is filmed on actual locations as opposed to soundstages (the notable exception being the painstakingly authentic recreation of the Hollywood police station that is prominently featured in the series). But there was another crucial Season Five location that required a studio set, the interior of a small airplane where Harry Bosch has a fight to the death with two perps in Episode 8 “Salvation Mountain.” McDonough went into detail about the design of that set. “In early pre-production, we took a flight in a Twin Otter aircraft and flew circles at various altitudes around the Salton Sea to get a feel for the action that we’d ultimately be transferring to the studio. The set itself was actually an exact match scale-wise to the real aircraft. It was important obviously that we felt like we were up there, trying to keep our balance as the plane is flung around and we are trying to capture the scene with handheld cameras.

“The set was full-scale and mounted on a gimbal to build in movement and, to enable some of the trickier camera placements, we had sections around the windows that could fold back on themselves and allow for the camera to jut-out as needed and give us a little more room to operate. We added a T12 on a riding-crane arm to enhance the movement of the sun around the tight turns and banks of the fuselage.”

Since the majority of Bosch is filmed on location, one particularly important member of the team is the supervising location manager Paul Schreiber, who talked to me about his contributions to the show. Schreiber got his start as a location scout in Chicago, but as he put it, “I wandered over to Los Angeles in 1994 for a month, to check things out. Never left. Bouncing from special events to commercials, television and features, I explore, search, and scour—largely— Southern California trying to find suitable locations that strike a chord with the script, etc.”

Schreiber walked me through the step-by-step process of his job. “It’s a matchmaking endeavor requiring aesthetic sensibilities—cinematic composition; judging practicality—budget, permitting, logistics for the production’s crew, equipment, and vehicles; a knowledge of geography, demographics, zoning, understanding of history—how the city developed; economics; psychology—getting permissions; and significant consideration of the production schedule. And occasionally one receives a healthy dose of magic and/or luck.

“The first thing I do is ignore all the things I just listed and read the script. Just like reading a book, the words dictate an image in my mind. Then one by one the aforementioned items start kicking into play. Sometimes a production designer, director, producer will offer direction, frequently it’s simply stating a style or period and little else. After five seasons of Bosch, I have a pretty good sense of what everyone looks for and what will work.

‘Scouting is next. Finding and photographing compelling and feasible options is next. Some locations are best found using Google Maps, some from past experiences, some from searching specific neighborhoods. Conversations, negotiations, proposals, and luck are all used to get permission to photograph potential filming locations. Vetting, vetting, vetting… If it doesn’t get tossed out at this stage, I show the photos. Different productions have different methods for who’s viewing at what stage, and who’s doing the selecting. Sometimes it seems to be a collaboration, sometimes less so.”

As to what qualities he looks for in a location, Schreiber explained the requirements necessary for a particular location. “Whether the location supports the story and characters. Does it fit the image my mind made of the space while reading the script? Appealing compositions—is there an interesting look?  Always subjective, and we don’t have time here. Hazards—they’re infinite: Visual disruptions that might steal focus of what’s within the filmmaking frame. If there’s an odd-looking home next door to a prospective ‘hero’ home, it could be distracting to the viewer. We want them to be carried along the script page. Anything that doesn’t propel us closer to this goal might be a poor choice. Noisemakers—if recording dialogue for the scene, the following could be a problem: Nearby construction sites, junkyards, animal control facilities, schools, traffic, or the pile driver for the Banana Republic flagship store construction next door to where we were filming which caused director Rob Reiner to holler out, ‘What the hell was that?!’ Fun moments to be sure. And then there’s permissions. Location filming is a real world, not a soundstage.  Relying on cooperation to control a space for filming. Acquiring permission for a production’s footprint to occupy private and public property can be a chore, and at times, isn’t possible. Before investing time and passion into an option, I deduce the probability of success.”

I asked Schreiber if he used any particular software to keep track of various locations he’s selected for location work. “Nope,” he responded. “I organize the files like a filing cabinet; folders, with a bunch of sub-folders. My mind works pretty well with geography and I usually remember pretty well where something is. I suppose better key word searches would help me, but I’ve never had the time. Several windows of Google Maps are usually open on my desktop at any given time. Simple batch-resizing app for the zillions of photos—frequently 500 images a day—run through my camera. Photo stitching used to be more prevalent, but we’re getting away from that. While pans look good, it’s very time consuming. In the field from time to time, I’ll pull out my Sun Path ap.”