When I worked on a hit television show in the 1980s in Los Angeles, production assistants were everywhere. They did menial tasks, from coffee runs to operating copy machines. I got to know some of their names, but not everyone during those hectic, fast-paced times.

Now, in later years, as I view credits on current TV shows, some of the familiar names of those PAs flash back into memory. One former PA is now a producer for a major Hollywood studio and another is a director on numerous prime time series. Each started as a low paid personal assistant and worked their way up. 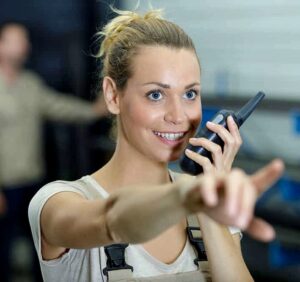 Being an entry-level PA is a good place to start in the film or broadcast business. It’s usually a first job and no prior experience is needed. What’s most important is a willingness to learn quickly and to avoid making the same mistake twice. It’s how I and so many other people in the business got their start.

There is not one kind of PA job. It might differ for a TV show or a feature film. On larger union productions, PAs are often paid more and have better-defined job duties. Sometimes a PA is attached to an actor or filmmaker as a personal assistant. The job can also vary by the size of the budget and whether the PA earns someone’s trust early.

The basic task for a PA is to help the 1st Assistant Director make sure that the production has everything it needs. That makes it is difficult to predict what a PA will do on any given day. It is safe to assume the duties will include moving items around a set, setting up props, handling and hiding cables and cords, and the old standby — getting coffee.

PAs work very long hours, with their shifts ranging from 12 to 16 hours. Depending on the production, there are laws concerning how long a PA can work on a set in a single day. Make sure you learn what’s legal in the place where you live and work. For example, in North America, there is no PA union, but there might be in Europe or Asia.

Every department has different kinds of PAs who work there. Office PAs spend hours in the production office handling phones, deliveries, script copies, lunch pick-ups and related tasks. On sets, PAs facilitate the making of the TV show or movie.

Some PAs work in post-production where the editors are cutting the show. They arrange schedules, organize work and do administrative tasks. Truck PAs drive equipment from place to place. Location PAs lock down remote sets and limit access based on the needs of the location manager. Set runner PAs cover general tasks off-set. That usually includes getting coffee, lunches/dinners, stationary or other items.

PAs typically make about $30,000 to $44,000 annually. But are usually paid hourly, scaling out from $15 to $30 an hour. Again, this is all determined by the size of the production and budget, as well as the specific job on the set. Some smaller jobs often pay state minimum wage.

The upside of being a PA is who you may meet or befriend on the job. Being a PA often turns to a much better gig on the next show once you have proven yourself.

There are a few simple common sense things to remember as a PA. Aways wear comfortable shoes. Do not dress to impress anyone. If clients are on a set, dress in black. It is always a safe, unobtrusive color. If you’re going to be shooting outside, be sure your outfit takes the weather into account.

Always be sure that your pants have pockets and the capability to support the weight of a walkie talkie and whatever else you might be asked to hold.

Buy an earpiece for your walkie talkie. Walkies are used on all professional sets, and earpieces are not always provided. Make sure you have an earpiece on you. An “open walkie” with the volume up that can be heard by the public can ruin a take and get a PA fired before lunchtime.

The day’s call sheet is your main reference and guide for the whole day. Study it and note any unusual information. Print the sheet at home and have extras on your person throughout the day, in case anyone asks for a copy.

Always carry a small notepad and pen. You’re going to learn a lot on your first day and should take notes. Write down the names of people on the set and their positions. (It is also good to know how they like their coffee! On a film set, you’ll learn fast not to bungle coffee orders! Good coffee is often the secret weapon of a PA!) 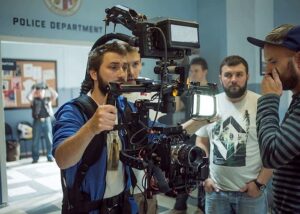 Always have a charged smartphone on you. This is essential and failing to do it can get you fired. Your own phone is your first priority, but if you can bring chargers for different models do so. It’s a good way to save a major figure’s day when he or she is without a charger.

Bring a cigarette lighter, even if you don’t smoke. It can be a powerful tool. It may open your door to speaking to a lead actor or director.

So where do you find a PA job? Online is a good place to start. LinkedIn, Indeed, Mandy and Glassdoor often post PA jobs. In California, Film CA, Google Jobs, Craigslist and Entertainment Careers have job postings.

PA jobs are no longer easy to get and are very competitive. However, they do offer a great entry point to the film and TV business. PA’s often rise to the top of their profession. It definitely works.