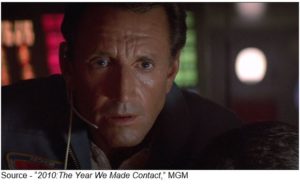 Just before IBC, Apple’s Tim Cook surprised folks by saying Apple TV+ was going to be introduced in November.

At a breathtaking price of only $4.99 … that we didn’t know – it’s the lowest-priced major streaming service in the US right outta’ the chute.

To many, it was blasphemy to be a dollar below Hulu, two dollars below Disney +, four dollars below Netflix basic service and who knows how much below Amazon Prime since the annual fee covers everything Amazon (buy your stuff, get free shipping and oh, BTW, we’ll throw in Prime entertainment).

Of course, Apple has about 1B device users (Macs, iPads, iPhones – around the globe); and if they can entice 100M of those folks to upgrade and entice others to switch devices by offering an admittedly slim, tasteful title roster free for a year, it might be a smart move

After all, a TV is a TV, a computer is just a computer, iPhone is just a smartphone (apologies to our daughter) until it becomes the focal point of your connectivity, communications, entertainment. Then, it’s…sweet.

As much as Apple is reluctant to compare itself with options, the move reinforced the idea that Apple is in the game for the long haul by focusing first on building a massive subscriber base, investing billions in original content to keep them hooked and then charging  more down the road.

Then, to celebrate the opening of IBC, Disney told the Dutch they could be the first to stream the Mouse’s content and do it free for 30 days.

It was a creative way to entice a bunch of folks to get in early and troubleshoot any beta problems.

While most of the streaming discussions at IBC focused on the US and EMEA markets, Netflix showed the industry that the appetite for streaming content was really global by attracting users in more than 190 countries.

Many in the industry project that the big five (Netflix, Hulu, HBO Max, Apple TV + and Disney +) will be the toughest OTT competitors; but they often overlook the huge, and difficult to penetrate, Chinese and Indian markets, each having nearly 1.4B population. 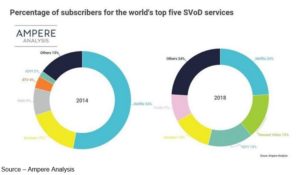 World Leaders – While Netflix and Amazon may be the most widely recognized streaming services, there are equally large Chinese competitors with huge potential markets.

Government restrictions in China have hampered Netflix, Amazon and others from penetrating the potential market but these may be relaxed.

After all, other governments have found they can bring in a lot of money by specifying that a meaningful percentage of the content streamed inside the borders must be produced locally.

The number of video-capable devices and connections in India is expected to reach 800M by 2021.  Since the country is a strong mobile-first market, the average time spent viewing video content is already four times the global average.

Home Series – While people in India certainly like the content that Netflix has to offer,  they are also caught up in home streaming series like Sanjivna that plays regularly on Star One.  Similarly, Netflix has “discovered” a number of shows produced in India (and elsewhere) that people in other countries like to watch.

In all of the country markets, the leading services are expected to have little overlap with each other in terms of content.

As a result, all of  the services including HBO Max, Apple TV+, Disney+ will be looking to complement the likes of Netflix , rather than go head to head.

However, the new services and D2C offerings will lead to fragmentation as people begin to settle on three as a good number of SVOD services they use.

Folks are already finding that pan-service search, navigation and a consistent UI experience is a big pain. 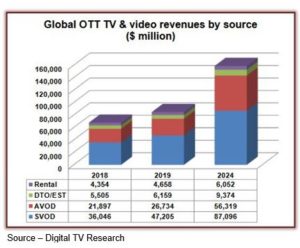 According to Digital TV Research, subscriptions to SVOD services will increase by 439 million between 2018 and 2024 when it will reach 947 million and that the total will climb by 119 million this year.

It is estimated that SVOD subs will reach nearly one billion within the next five years with the US and China leading the charge.

Digital TVResearch’s principal analyst, Simon Murray, noted that China overtook the US last year to become the gross SVoD leader and predicted that the two countries will account for about 59 percent of the global total by 2024 but other countries’ subscriptions are growing faster.

He estimates Netflix will add 203 million subscribers or 21 percent of the global total, with Amazon Prime Video’s 125 million accounting for 13 percent and Disney+ on 75 million. 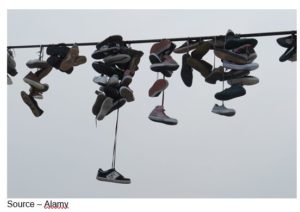 Easy Reach – SVOD services have initially grabbed streamers who never had or were tired of the high cost of cable bundles. But as more services come online, they will have to be more aggressive in offering not only original content but a strong library to search as well.

With an estimated 255 million people subscribing to a variety of other available services, there will be more room to grow and an increasingly crowded landscape.

According to MTMLondon analysts, worldwide online TV and movie revenues will climb from $68B last year to $159B by 2024.

While most of the discussions at IBC centered on who was going to enter, capture and survive in the OTT arena, several people were quick to note that there is more to entertainment than streaming. 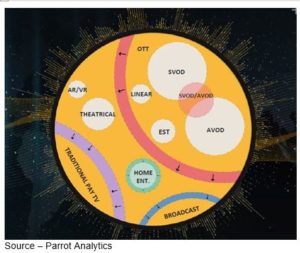 Content Growth – While many think of movies and TV shows they see at the theater and on the TV set, the number of project opportunities and where they can be monetized continues to grow. Almost everyone in the business is looking to snag the next best original show.

During a quick stopover in Toronto for TIFF (Toronto International Film Festival), we saw that only a few of the OTT services were showing a lot of interest in buying content:

Film distributors seemed to capture most of the award-worthy, art theater and genre titles.

While Disney may have had a team “looking” at TIFF, they were more into acquiring talent and scripts and breathing new life into old favorites.

With an eye on aggressive project production, they signed a lease for nearly all of Britain’s Pinewood Studios for the next 10 years just before IBC.

At the show, Jane Turton, CEO of All3Media in 2015, was emphatic about the outlook for the super indie’s workload in the years ahead based on historical data combined, with a steady analysis of what captures subscriber eyeballs (gotta’ love real-time digital data capture/analysis). 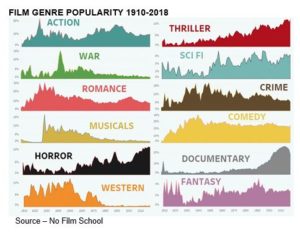 Genre Shift – The popularity/viewer demand, for specific types of shows varies by country and over time; but remarkably, there is also a consistency of people liking a genre regardless of home country/nationality.

Scripted content is being aggressively sought by all of the firm’s distribution partners – theatrical, Pay-Tv, streaming – as well as interest in unscripted projects.

In addition to acquiring leading content producers, the company is also forging relationships with indies that can lead to more acquisition deals.

Turton noted that SVODs like Netflix and Amazon have been disruptive and good for the marketplace because they have raised the quality standards while inflating the budgets.

Streaming services have helped broaden the genre options that are also being sought by pay and public TV as well as theatrical distributors.

Studio and distribution heads at the show noted that almost everyone in the industry was aggressively seeking quality projects that could be produced in various countries to help streaming services meet their distribution/production requirements.

While rich/deep libraries like Disney’s, Warner’s and even Netflix’s are important to retain subscribers; original content – especially movies, documentaries, series – topped the list of content of most interest to new subscribers, according to Express VPN.

Despite the overwhelming focus on streaming, many at the Amsterdam fest attendees focused on discovering how they could develop and strengthen their M&E ecosystems to compete against global players.

One of the areas of greatest interest to most of the services was discovering how to coexist with the FAANG giants while developing/maintaining a strong local presence.

In a market that is conducive to streaming services because of the high-level of broadband penetration and connectivity, Nordic officials said they expect 50 percent of non-streaming homes to sign up for the local service.

Nordic Entertainment – and many other country-centric services – officials emphasized that rather than being winner-take-all markets there are increasing reasons people sign up for multiple services and that local news, live sports are strong differentiators.

Japan’s NHK demonstrated 8K content distribution, which they expect to draw a big audience throughout this year’s Olympics and beyond.

French national broadcasters France Télévisions, TF1 and M6 have teamed up to create Salto; while in the UK, the BBC and ITV have joined forces to launch BritBox, a version of their existing US joint venture for the domestic market.

TV operations in Germany, Brazil, Australia, Singapore, Saudi Arabia, and broadcasters in every country on the globe are developing similar strategies to differentiate themselves from the global streamers and highlight their value to citizens.

And while it may be heresy to say it, pay-tv cable bundles won’t disappear. 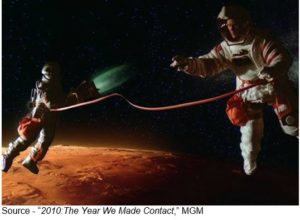 A lot of the global population will still want some appointment TV in their lives so they can always count on that show on that evening at that time … until it’s been cancelled/replaced by something new.

As Dr. Heywood Floyd said, “We’ll be able to talk to each other, see each other on television.”

He added, “You just bought yourself an extension.”