Zulu
THE BEAT:
Home » News » The Right Content on the Right Device at the Right Time 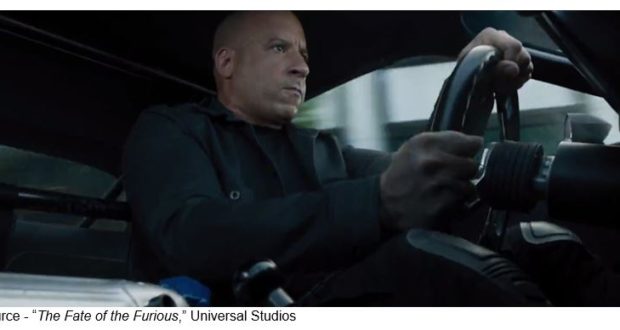 The Right Content on the Right Device at the Right Time

“You’re gonna close your eyes on world war 3 or you’re gonna saddle up and save the entire damn world.” – Hobbs, “The Fate of the Furious,” Universal Studios, 2017

ATSC (Advanced Television Standards Committee) 3.0 hasn’t been implemented globally quite yet; but it is well established in Korea – in preparation for the Olympics; and is slowly being rolled out in the Americas, EMEA (Europe, Middle East, Africa) and the rest of the Asia-Pacific region.

It’s the first time in nearly 50 years that there has been a complete change in a content distribution standard.

While there have been minor upgrades, in the past, ATSC 3.0 is a worldwide next-gen TV/broadcast standard.

The IP-centric standard has advantages for both broadcast and broadband firms to deliver “seamless convergence” of OTA (over-the-air) and OTT (over-the-top) content that consumers expect/demand.

Of course, the service providers – cable, broadband, wireless – will have to deliver universal, inexpensive service so folks won’t go elsewhere. 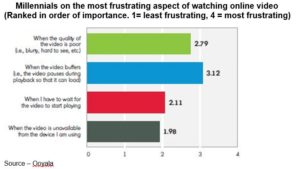 Ready to Switch – Streaming services are no longer just a fun curiosity; they’re the way people of all ages increasingly want to get their information, news and entertainment.  And they’re increasingly intolerant of “issues” with their video streams.

It’s hard for people to understand that when the device – flat screen, computer, tablet, phone – is buffering, it’s not Netflix’s, Amazon’s or Hulu’s fault; it’s your ISP (internet service provider) or telco that isn’t delivering the downstream or bandwidth speeds they advertised.

In an attempt to offset these losses, some networks and studios have trimmed their ad loads. Other streaming services are implementing native videos, in-show sponsored content and interactive ads so ads look less and less like…ads.

Since viewer research consistently shows that ad-supported, free content is preferred by viewers of all ages, the industry has to focus on providing better ad environments and more relevant ads.

When the ads are less disruptive, higher quality and more tailored to the viewer, they are more readily received. With better IP-based content delivery, better and more meaningful data is available to the content developer, service provider and advertiser to satisfy individuals, whether they view the show immediately when it’s aired, four-five days later or even a month later.

It’s clear, IP-based solutions are driving change at both ends of the entertainment chain.

Pinpointing Success – With services like Netflix, Amazon and others able to analyze content they offer more extensively, they are in a better position to commission scripts and shows they are certain will provide them with optimum viewership.

Finally, content creators have distribution opportunities outside of the cable bundles; while consumers are finding more options to find, enjoy quality content.

While broadcasters like to flaunt the fact that they originate 90 of the top 100 most-watched TV shows each week, they realize the gross number of viewers is shrinking.

Then, there are social-serving folks like Google, Facebook, Snap, TenCent, Weibo, Youko, Kosovarja, vk.com and a horde of others who serve up ads or multitask as you watch or increasingly entice you with “a better offer.”

That doesn’t sound “too” bad; but when the eyeballs shift, so do the ad dollars! 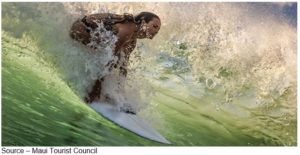 Great Ride – With the wide range of content types available to today’s content viewers, they can ride the waves and find the best content they can enjoy to the optimum.  And … they can switch waves just as easily.

As a CBS executive said, “It’s the wave of the future and you have to be everywhere.”

In addition to releasing their content on a managed service (paid or ad-supported); networks, stations, shows and studios increasingly have to carry out aggressive social media trailer and short-form campaigns that build a bridge with people for their long-form content.

When the short digital video goes viral, viewing ratings are stronger and for a longer period of time.

Time-shifting TV, the hallmark of OTT VOD (video-on-demand), has become a standard for most viewers. A recent NBC Universal study reported that 67 percent of people don’t watch a show when it first airs. 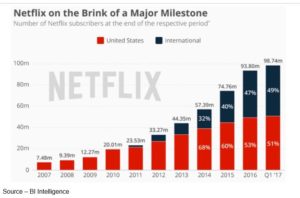 Global Presence – The first and most aggressive OTT content delivery service, Netflix, has also become one of the leading movie/series investors and producers.  The organization is rapidly becoming one of the leading global entertainment resources.

Since Netflix launched its SVOD service in 2010, more than 50 competitive services have been introduced; and in the Asia-Pacific region, more than 150 OTT services are available.

The biggest question all of them have is how to package the service – fat bundle (lots of channels), skinny bundles and even a’ la carte.  No one has an answer yet as to the best balance of content offerings and price.

What all of the broadcast services know is that consumers are demanding video the way they want on their time, their terms.

The industry seems to be responding by recreating the traditional TV experience on every screen.

Consumers are platform-agnostic, with content selection, cost and convenience their paramount concerns.

In other words, the news, education, information, entertainment experience is becoming more and more individualized.

In the U.S., 41 percent of adults said they plan to shave or cut the pay-TV cord in the next year.  In Brazil 16 percent said they are cutting their cord.

Cord Shaping – While cable subscribers haven’t completely abandoned their regular entertainment service provider, they have increasingly shaved and reshaped the bundles they want and how they want to view the content.  They have joined the cord-never and cord-clobber folks that reshape the entertainment industry.

Beyond the cord cutters, cord shavers and cord nevers; the new (younger) group of industry execs are trying to understand. Rather than weighing the pros/cons of small/large, thin/fat bundles; the new cord cobbler builds his/her customized content package across streaming services and platforms.

The consumers’ primary concern is value in the content they view.

There’s too much black ice on the road to commit to a single solution. 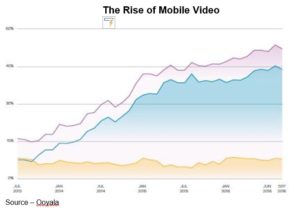 Mobile Viewing – Gen Zers, who were almost born with a smartphone in their hands, have been the first to watch their content on the small screen–even when they are home.  Millennials and Boomers have been slower in accepting the go-anywhere, anytime viewing option.

Mobile is growing rapidly around the globe to be the screen of choice for casual and short-form consumption.

Millennials start with their connected TV at home and add 2nd/3rd screens for interactive activities.

Boomers focus on the large screen and glance at their other screen(s) for stuff.

A separate Ericsson report found that globally, 40 percent of consumers were very interested in unlimited streaming as a part of their mobile data plan.  Australia’s telcos are offering unmetered plans to attract consumers as is England’s Tesco Mobile.

Telcos will experiment with new solutions to attract subscribers so they have a broader potential audience to attract content service providers and advertisers.  They know a silent dark pipe or unused airways don’t produce any return for investors.

At the same time, broadband speed and bandwidth capacity are expanding to deliver high-quality content.

Video consumers are sending the industry a clear message though – they want and expect to control their own viewing!

Welcome Assistance – Taking advantage of the data streaming services that can be captured from the personalized TV options, the smart service providers are using augmented technology and offering smarter recommendations to viewers on content they should consider.  And, it works.

OTT gives broadcasters an opportunity to evolve the entertainment from watching to engaging and sharing.  Much like Netflix and Amazon, it will provide them with a chance to win over new audiences with high-quality content of their own making.

But no one said it would be a slam dunk, one solution fits everyone.

It’s clearly a time of trial-error; experimentation with different technologies, different approaches and thinking so far away from the box you forget there ever was a box.

For example, Finons Group brought Ireland’s RTE channel to NAB to show attendees what tomorrow’s broadcasting “might” look like.  The online, Netflix-style, multi-screen platform will let users tap into large (and constantly growing) libraries of content and view them on any screen, any time. 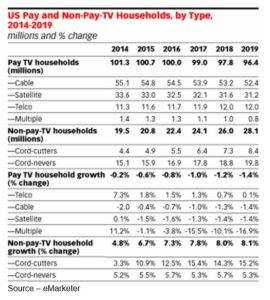 Slipping Tradition – The idea that you have to rush through dinner to watch a specific show at a specific time each evening is rapidly fading as consumers around the globe find that they can time-shift, day-shift and even device-shift their viewing activities.

Akamai, an experienced global player in the arena, showed off their multiple layers of media service redundancy that replicates content at multiple locations across the network and around the globe for immediate failover if performance degrades.

Increasingly, all of the OTT service/product providers are also using AI (augmented intelligence) to analyze content metadata on what an individual has viewed to recommend similar storylines or content with specific celebrities to keep consumers from clicking away.

It can also enable advertisers to target ads to “friendly” environments or content genre most likely viewed by specific individuals or groups so the ads are more in tune with the viewers’ wants/interests.

All of the participants want the same things – match the audience’s demands, grow their video business, provide a welcome advertising message environment as rapidly and economically as possible.

Bypassing old-fashioned Nielsen ratings, content distribution/management people have learned a lot by observing and analyzing Netflix and Amazon as they focus on enhanced data collection and analysis of OTT viewing.   They’re finding new ways to reduce risk in content investments, as acquisition and commissions are more tightly aligned to consumers’ viewing preferences.
As Allan McLennan, president of PADEM Media Group, noted, “Multi-platform content delivery is placing tremendous pressure on organizations to be more ambitious and judicious in their early investments, while seeking out alternative deployments and monetization strategies.

“It’s difficult, but not impossible, to be alert to everything 360 degrees around you and evaluate options openly and honestly so the firms can execute quickly,” he added.  “Then, if something does fail, discard it just as quickly, learn from it and don’t look back. Flexibility at this stage is key.”

Today, content organizations are dealing with global audiences.  As a result, broadcast/OTT providers have to remain nimble to maximize their resources and revenues.

Several organizations are planning to evaluate HEVC (high efficiency video coding) as well as other software alternatives that can upgrade existing systems in order to deliver UHD/4K/HRD content across all screens– especially mobile devices–quickly, efficiently and economically.

Unlike many who see streaming and digital multichannels as the precursor to the demise of traditional TV, McLennan thinks it’s proving to reinvigorate the audiences’ love of TV.

“Audiences are now able to discover/rediscover old favorites; binge on high-quality originals developed by fresh, new, exciting creative talents; and catch up on trending shows they might have otherwise missed,” McLennan explained.  “It’s a tremendous time for the video/TV industry – broadcaster and OTT alike. Certainly, mobile is important and getting more so; but the new connected TV set can still hold its own in being the home base for a person’s/family’s entertainment experience.

Over the next few years, broadcasters and content producers will learn how to develop and deliver content in different, profitable ways for the creator, the deliverer, the advertiser and …the consumer. 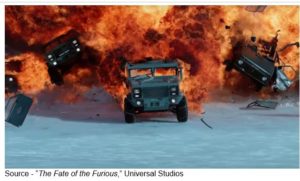 Looking at the potential, Deckard said, “In another life, you could’ve done some serious damage.”