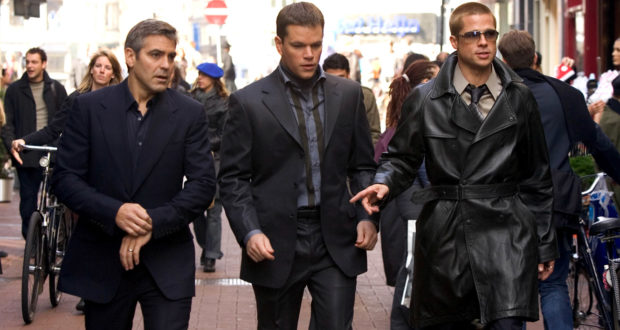 Despite decades of success, the film industry in Florida, and in South Florida in particular, has fallen onto hard times from which there may be no recovery. Despite hundreds of great films having been shot in Florida, including Scarface, Donnie Brasco, Ocean’s Twelve and Edward Scissorhands, the film industry here has been struggling with many issues that it seems to have few answers for. Even looking to revive its television show fortunes in the shadows of such huge past sensations as Miami Vice, Dexter and Burn Notice seems to be a long and arduous struggle with no guarantee of success. Even the few that are still filming in South Florida are preparing to pack up and leave.

The brain thrust behind this season’s Oscar winner for Best Picture, Moonlight, took much heat over wanting to film in Miami despite the fact that they would have saved a huge amount of money had they chosen to film elsewhere, especially in Los Angeles or in Georgia. For the good old days, it seems that, for many working in South Florida, that was a long time ago. Ben Kanegson is a longtime camera and crane operator who is wrapping up work on two television show productions for NetFlix and for HBO, says he doesn’t really see any light at the end of the tunnel for himself in Florida as he says, “One of the things that’s keeping me in Miami is I have seven more weeks of solid work here, working on the last show that’s filming in the state. But this is the end of the line. The No. 1 topic of conversation among the crew as we go back and forth to the set every day is ‘Where are you moving to?’. A lot of them have already relocated to Georgia and have advanced their careers. When there’s demand for the work that you do, there’s room to move up in your field.”

The problem is that Florida, and especially South Florida, simply can’t compete with other areas of the country with regard to low costs and gigantic tax incentives that is drawing the television and film industry away from Miami and the Keys. In fact, Florida’s once plentiful tax incentive fund for television and film production ran out of money and the coffers have not been refilled by the politicians. The politicians established the $300 million fund in 2010 and was supposed to last for a five year plan but the money actually ran dry in just three years. Glancing back at a time period between 1994-1996, there was 15 feature films that were shot in Miami and around South Florida from beginning to the end but that soon began to fade as Canada, in the early part of this century, began to seriously court the television and film producers with incentives that South Florida simply couldn’t compete with. When many major productions fled north of the border, many states began to seriously write tax incentives in an effort to retake the initiative but it hasn’t worked everywhere.

The Florida politicians are beginning to scramble to put together some kind of incentive program that will reimburse production companies who come to film in South Florida. What may be lost, however, are nearly 5,000 industry jobs and nearly $250 million in personal income. The problem remains that if the politicians can’t put incentive packages together that can compete with such states as Georgia, the film and television industry in South Florida is not likely to recover at all. The ripples continue to spread and the dominoes are falling everywhere. Since the film and television industry has, for the most part, left, many professions and companies reliant on those industries for a livelihood, are suffering losses. Many professionals such as electricians and carpenters are leaving because they simply can’t make a living off the industry anymore. Despite the recent success of Moonlight, South Florida statistics continue to remain grim.

The non-profit organization, Film Florida, has estimated that in the last three years, since the tax incentive money has run out, Florida has taken a huge financial hit. According to their stats, Florida’s entertainment industry, in those last three years, has lost over $650 million in projects lost, over 100,000 hotel rooms remained empty and an overall economic impact of nearly $2 billion that was never realized.

Film critic for The Miami Herald, Rene Rodriguez, doesn’t see much of a light at the end of the proverbial tunnel as she said that, “Once too many people move away, there is no infrastructure left in place. So, even if you want to come and shoot your film in Miami, you can’t because there’s nobody left to help you make it.”


AlertMe
Kevin Sawyer
Mr. Sawyer is a freelance writer, editor and journalist from Tampa. He has written thousands of articles for hundreds of magazines and news sites on countless topics including science, the media and technology. He is also the author of many white papers, special reports and ebooks covering a wide range of subjects.
Latest posts by Kevin Sawyer (see all)
TV Technology 2017-02-28
Kevin Sawyer
Previous: Open Broadcast Systems Appoints Video Signal as Italian Distributor
Next: Cinépolis exclusively selects Verizon Digital Media Services to power its Cinépolis KLIC Live OTT service