NEW YORK-May 4, 2017-Taking its at-home-production efforts to the next level, The Switch debuted Cumulus, its first cloud-based, real-time television production service, at the 2017 National Association of Broadcasters (NAB) Show. Cumulus leverages the company’s advanced FiveNines rich transmission network, which is optimized for the success of live broadcasts and enabled The Switch to demonstrate a live television production environment that incorporates production control surfaces that can be located anywhere in the world. 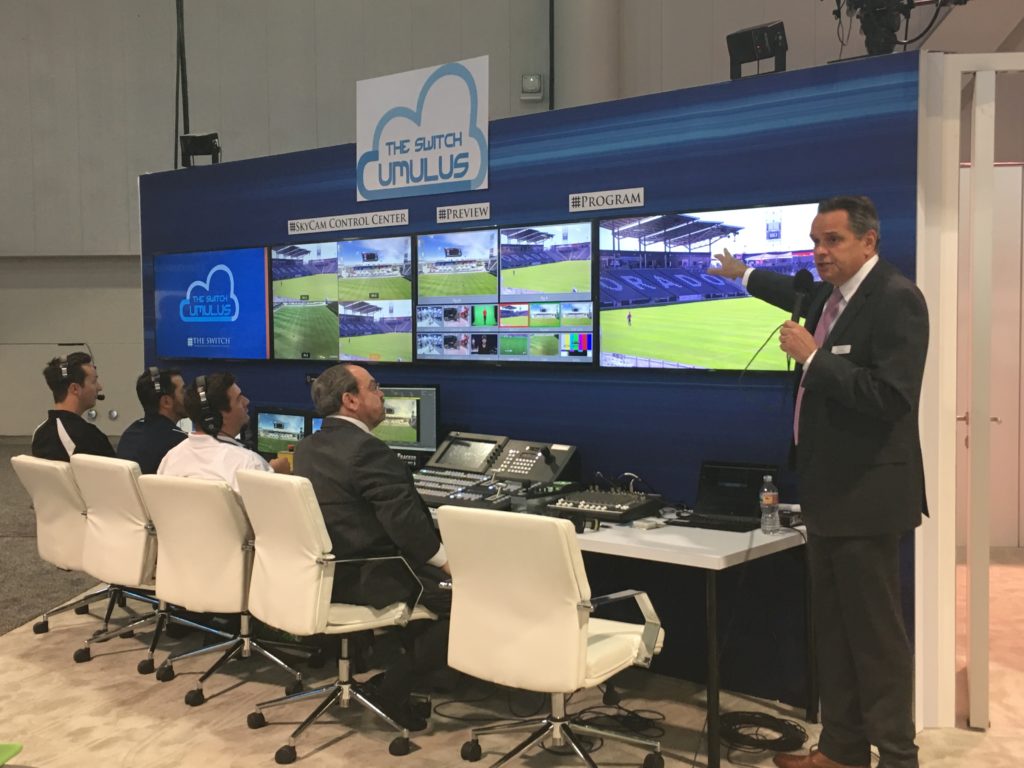 With all aspects of production controlled from The Switch’s booth at the Las Vegas Convention Center, the Cumulus demonstration featured multiple live sources from The Switch studios in Los Angeles and London, and remote control of SkyCam’s WildCat aerial broadcast cameras positioned at Dick’s Sporting Goods Park in Denver. The equipment and systems that would normally be co-located with the Control Surfaces in a typical Production Control Room/Mobile facility were installed and integrated in a shared-services/private cloud environment, The Switch Cumulus. 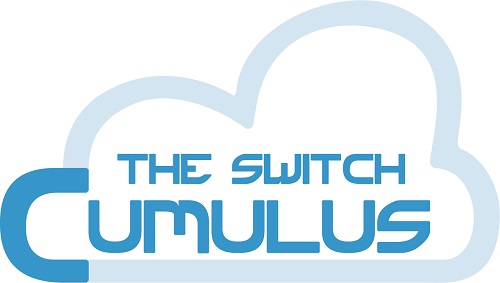 “The high-quality and low latency of The Switch Network enables television to take a dramatic leap forward,” said Scott Beers, Chief Executive Officer of The Switch. “The Switch Cumulus proves sophisticated remote productions can be achieved in a centralized and shared-services environment without the requirement of costly capital investment in production studios or trucks. This method of production dramatically lowers operating expense without compromising the quality of the consumer experience.”

The NAB Cumulus demonstration featured remote control capability of the SkyCam system with 3-D graphics virtually inserted over the live SkyCam video using SMT’s patented Camera Tracker technology allows virtual graphics to be inserted over a moving camera. SkyCam had both a camera pilot and camera operator present in the booth to fly and control the SkyCam aerial camera system in Denver. The live feed was then integrated into the technical production infrastructure, located at The Switch Cumulus in New York City. Additionally, enhanced 3-D graphics, designed by SMT, were virtually inserted into the live SkyCam video feed in real-time by an SMT operator, also present at the control surface in the booth.

Utilizing green screens located at The Switch facilities in London and Los Angeles, personalities were superimposed on to the field in Denver for plausible, on-site, live commentary using a Brainstorm 3-D rendering engine located at The Switch New York that was being controlled in real-time by an SMT operator in The Switch Booth in Las Vegas.

Finally, C360 Technologies provided a camera to SkyCam which, in addition to being part of the SkyCam component of the demonstration, was also Virtual Reality (VR) capable and simultaneously streamed Over-The-Top (OTT).

“I am truly excited for this next phase of linear and OTT virtual television production, said Beers, “Our NAB demonstrations have proved that the time for truly remote and virtual production is now.”

About The Switch: Beers Enterprises, LLC d/b/a The Switch is the leading video solutions service provider in North America. The Switch currently provides advanced video switching and local fiber circuit services, satellite services, scalable Ethernet, and “HomeRuns” remote production via its FiveNines Service across the United States, Canada, the United Kingdom, France, Switzerland, Singapore, Australia and New Zealand. The Switch was awarded a U.S. System Patent for customer controlled video data content delivery (U.S. Patent # 9306873). The Switch was awarded the 2013 New Bay Media Product Innovation Award for Switch-IT and the 2012 Broadcast Engineering Excellence Award for Network Automation. The Switch was created in 1991 to provide cost-effective, customer controlled television signal routing services to the broadcast industry. The Switch has been embraced by the marketplace since its inception and has grown to its current market leadership position. For more information, please visit: www.theswitch.tv

About SkyCam: As the global leader in aerial camera systems, SkyCam paved the way for safe and reliable operation with proprietary advanced software including line avoidance, obstacle avoidance and remote monitoring. Currently, SkyCam is the sole provider of three-axis aerial camera systems for the NFL, NCAA and their broadcast partners, most recently highlighted on Super Bowl LI, the College National Football Championships and NCAA Division I Men’s Basketball Championship tournament.

About SMT: SMT, a leading innovator and supplier of real-time data delivery and graphics solutions for the sports and entertainment industries, provides clients with cutting-edge storytelling tools to enhance their live sports and entertainment productions. SMT’s technology for scoring, statistics, virtual insertion and messaging for broadcasts and live events has been used to enhance the world’s most prestigious live events, including the Super Bowl, NBC Sunday Night Football, major golf and tennis events, the Indianapolis 500, the NCAA Tournament, MLB games and the World Series, ESPN X Games, NBA on TNT, NASCAR events, and NHL games. SMT’s clients include major US and international broadcasters as well as regional and specialty networks, organizing bodies, event operators, sponsors and teams. The 31-time Emmy Award-winning company is headquartered in Durham, N.C., with divisions in Jacksonville, Fla., Fremont, Calif., and London, England. For more information, visit smt.com.