It is time to pick the top professional video and audio products of 2022. This year we have multiple products in several categories, since most major technology innovations don’t occur in a vacuum. Here are our choices.

Our first category is the major advancement of high-end digital cinema cameras. Sony’s Venice 2, ARRI’s Alexa 35, Blackmagic Design’s Ursa Mini Pro 12K and RED’s V-Raptor XL 8K are among the most notable new entries at the top of the market this year.

Some models can handle 6K, 8K or even 12K resolution and all have very wide dynamic range that captures deeper shadows and brighter highlights in video without losing detail. All also feature a wide choice of video codecs.

These digital cinema cameras represent the modern-day equivalent of the traditional 35mm film production camera, while now exceeding what was even possible when shooting film. And the costs are lower than ever before for such high-grade cameras.

The technology behind virtual set production has made rapid advancements in 2022. In a highly competitive market, Epic Game’s Unreal Engine, Brainstorm and NCam are among the leaders in real-time, high-end graphics software and motion tracking.

These products help render a virtual environment in real time, enabling producers to include cost-effective virtual sets in live shows and reduce the time and cost of post-production. NCam’s real-time camera tracking provides live previsualization of environments, set extensions and CGI elements directly in the camera while shooting. 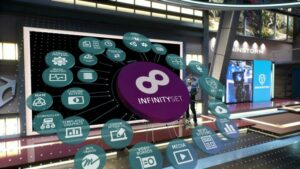 In 2022, virtual production has become an important innovation that is transforming all types of video production and post-production. It eliminates the need for physically building every set or flying crews to physical locations around the world. It also allows for many production processes to take place virtually, allowing people to work remotely from anywhere.

In combining the PTZ (pan, tilt, zoom) camera form factor with a high-end digital cinema camera, Sony broke new ground in 2022 with its FR7 Cinema Line PTZ Camera. This new camera has all the standard PTZ features such as smooth pan/tilt/zoom functions; up to 100 presets; PoE++ and IP remote control.

But the camera goes much further, adding 15-plus stops of dynamic range to a full-frame sensor and a RAW/high-bit codec. It also has dual media storage slots; genlock; timecode; and — a first for any PTZ camera — a Sony E lens mount for a whole body of interchangeable lenses.

Sony’s innovation moves PTZ cameras for the first time into high-end broadcast and cinema applications where the camera and lens can be supported by standard production gear, like gib arms and dollies. The camera system starts at $10,000. 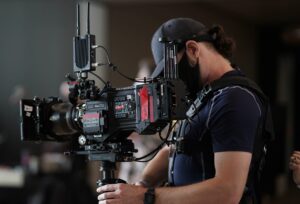 Adobe’s Frame.io Camera-to-Cloud system stands to revolutionize the video production workflow by omitting many of the tedious steps now required from production to post. Frame.io is currently being implemented as part of more than 30 new cameras and acts as a hub that allows cameras to send their video directly to editors over the internet.

The technology eliminates the uploading, downloading and long wait times involved in many current workflows. It is being implemented in the most high-end digital cinema cameras to Apple’s iPhone.

Adobe has partnerships with RED, Fujifilm, Teradek, Atomos, Viviana Cloud, FilmLight and FDX, and FiLMiC Pro to brings Frame.io’s Camera-to-Cloud access with a secure connection to video creators regardless of the hardware they are using.

Finally, in the pro audio world, the shift of recording at the professional studio to the makeshift home/office is nearly complete, aided by the pandemic. Professional gear is now easier to use and more cost effective than ever before. 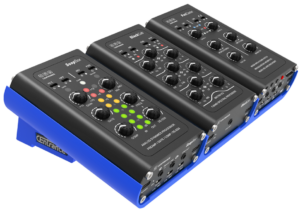 Full professional audio — for video soundtracks, music, podcasts or documentaries — can be produced anywhere with low-cost equipment and a personal computer. The market race for the best computer audio interfaces turned red hot in 2022.

Those are our picks for 2002. Each product is part of a big picture snapshot of evolving technology that will continue to advance beyond this year. Each is at the forefront of major technological shifts in the pro video and audio industries.