With the year 2022 fast approaching an end, we picked what we consider to be the top professional video and audio trends of the year. There may be disagreement over our list, but it is hard to argue that each is not having a major impact on our lives and the industry. 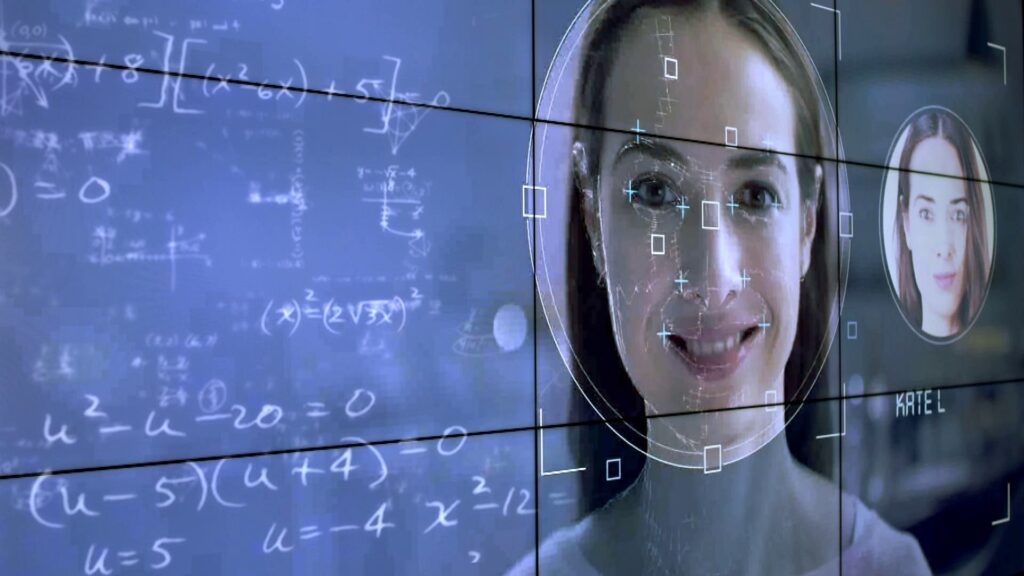 AI is used in video analytics to increase insights from data in video files by automatically detecting, analyzing and interpreting activity in real time. Objects such as people, cars and license plates within images and video feeds are interpreted using AI in real time.

At the same time, the explosion of AI technology dramatically exposes the problem of fake imagery in video and photography — something that may soon get out of control as it becomes available to more non-technical users. 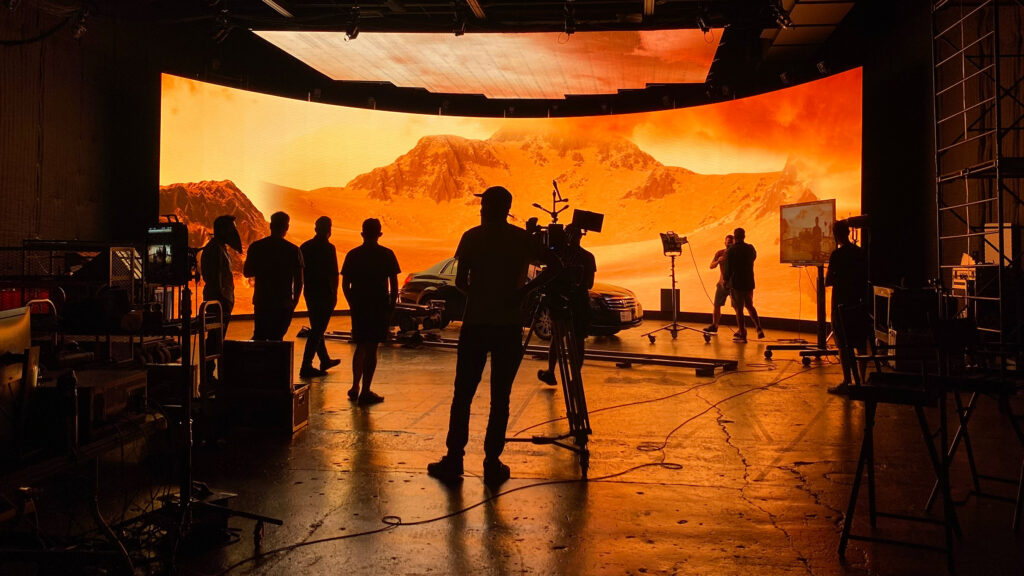 On a virtual set, the camera can move in 3D space, while at the exact same time, the image coming from the virtual camera is being rendered from the same perspective.

When introduced more than a decade ago, virtual set systems cost over a million dollars. In 2022, virtual sets can be purchased for as little as $50,000, while offering far greater photo-realism, creative latitude and intuitive operation. Virtual sets can be programmed to change the background setting using digital graphics. 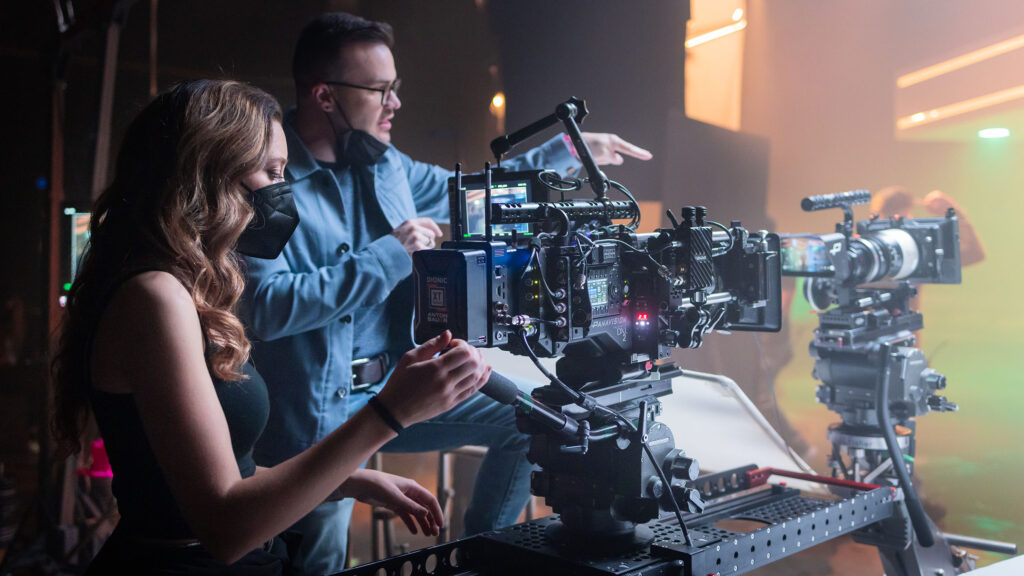 Adobe’s Frame.io is a central hub that allows producers to share media, track feedback and streamline a production workflow so video crews can work closely together from anywhere in the world. It eliminates many of the traditional physical workflow steps like uploading and downloading video, making copies and long delays.

In 2022, the technology was implemented in cameras ranging from RED’s digital cinema cameras to Filmic Pro on Apple’s iPhone. Currently, more than 30 Camera-to-Cloud integrations are being developed by various manufacturers. 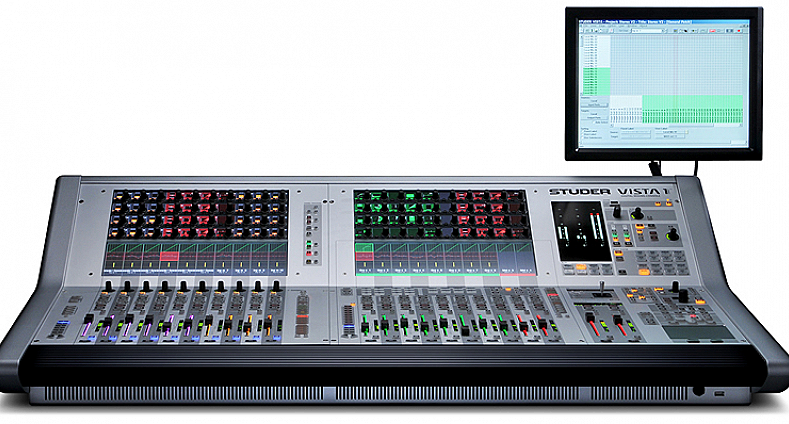 Virtualization is performed by a control program that creates a simulated facsimile of an audio mixer, video switcher or other professional gear. It is operated as if it is physical hardware.

Virtualization software is typically stored on redundant servers. It forgoes large amounts of rack-mounted hardware, thus requiring less space in large facilities. Today, virtualization has reached a point where entire radio and television stations can be operated from a single box. The mix engine, playout software and audio processing can all be on a single computer.

It is predicted that in the near future that hybrid glass/mechanical surfaces using touchscreens as the base will dominate in the industry. These devices would have a physical overlay with finger guides for faders and buttons. 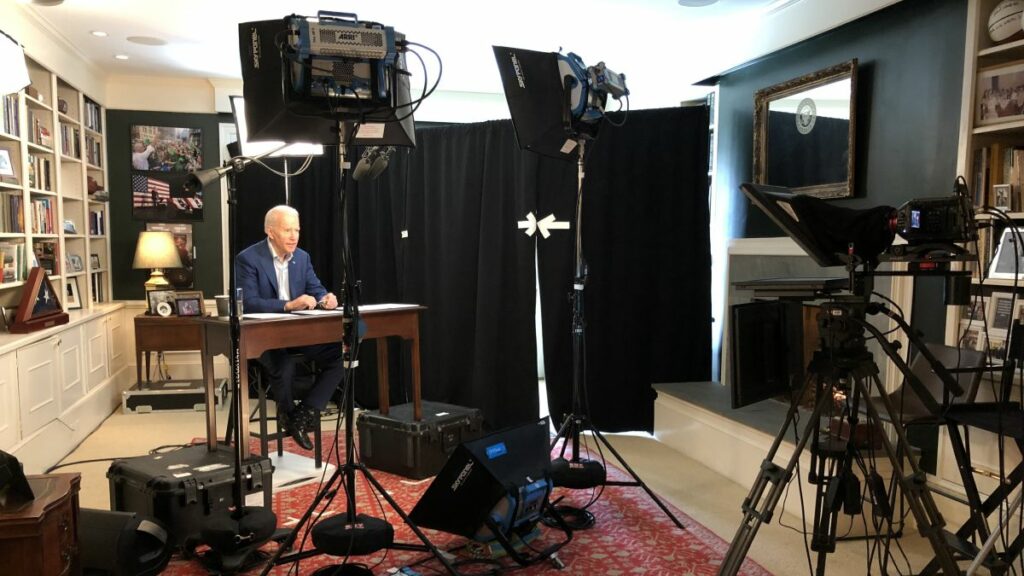 Since video/audio migrated from commercial facilities to outside venues, equipment has gotten more automated, better quality, smaller and less costly. As a result, this trend is revolutionizing how creative people work, learn and socialize.

When video production left the studio during Covid, network entertainers broadcast from their homes and even the President of the United States campaigned from his home basement video studio in Delaware.

Home music recording also shifted — putting a lot of studios out of business. Demand for professional-grade gear and room treatments as home studios fed the proliferation of podcasts and the continuing efforts of musicians to produce high-quality material in non-commercial venues. 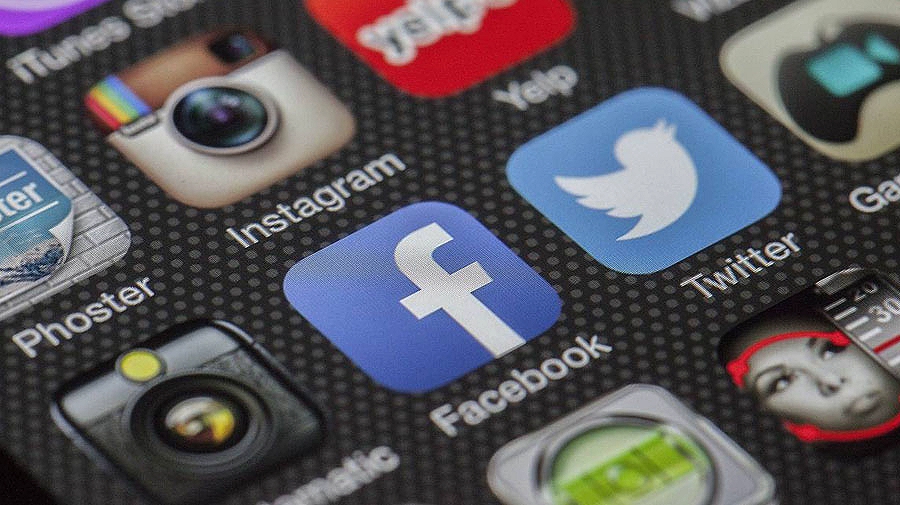 Media democracy has given birth to alternative media and citizen journalism. Though the movement champions diversity of voices and perspectives, it has also unleashed some of the worst aspects of human behavior. The future challenge is to balance these countering viewpoints and not create a nation of isolated, niche ideologies.