Major news events often drive changes in technology. The pandemic minted a whole new generation of news reporters who were forced to become at-home audio and video engineers. The collapse of the World Trade Center in 2001 forced New York-based reporters to rediscover the value of cell phones and learn to use them for live feeds and recording.

For journalists, working from make-shift “newsrooms” throughout the chaotic city during that time, the mobile phone became a lifeline to the breaking story around them. Conventional land lines were indeed old-fashioned and have remained that way ever since.

This disaster caused many news reporters to confront a serious shortcoming in their sound kit that is still confusing many users to this day. Smartphones do not record phone conversations.

Why smartphones still don’t have recording capability remains a mystery. It probably has to do with privacy and different state laws regarding phone recording.

Most who have experienced doing telephone interviews have discovered there is no simple, reliable way to record clean, two-way audio over a cell phone. It is still very much a DIY task.

The initial solution to the problem came from Joe Klinger of JK Audio, a small company based in Sandwich, Illinois. Perhaps the unsung hero of phone recording, Klinger is an audio engineer who spent quite a few years working in a telecom research lab. In 1992, he started JK Audio, which made telephone recording much easier.

Back in 2001 — around the time of the 9/11 attack — JK had two new mobile phone interfaces near completion. A short time later the CellTap, a simple wireless telephone tap, and the Daptor Two, a more sophisticated tap for remote broadcasts, came available. It was a just-in-time solution. Today, with years of experience under its belt, JK makes a whole line of phone interfaces that make recording and broadcasting audio easy from any kind of phone. 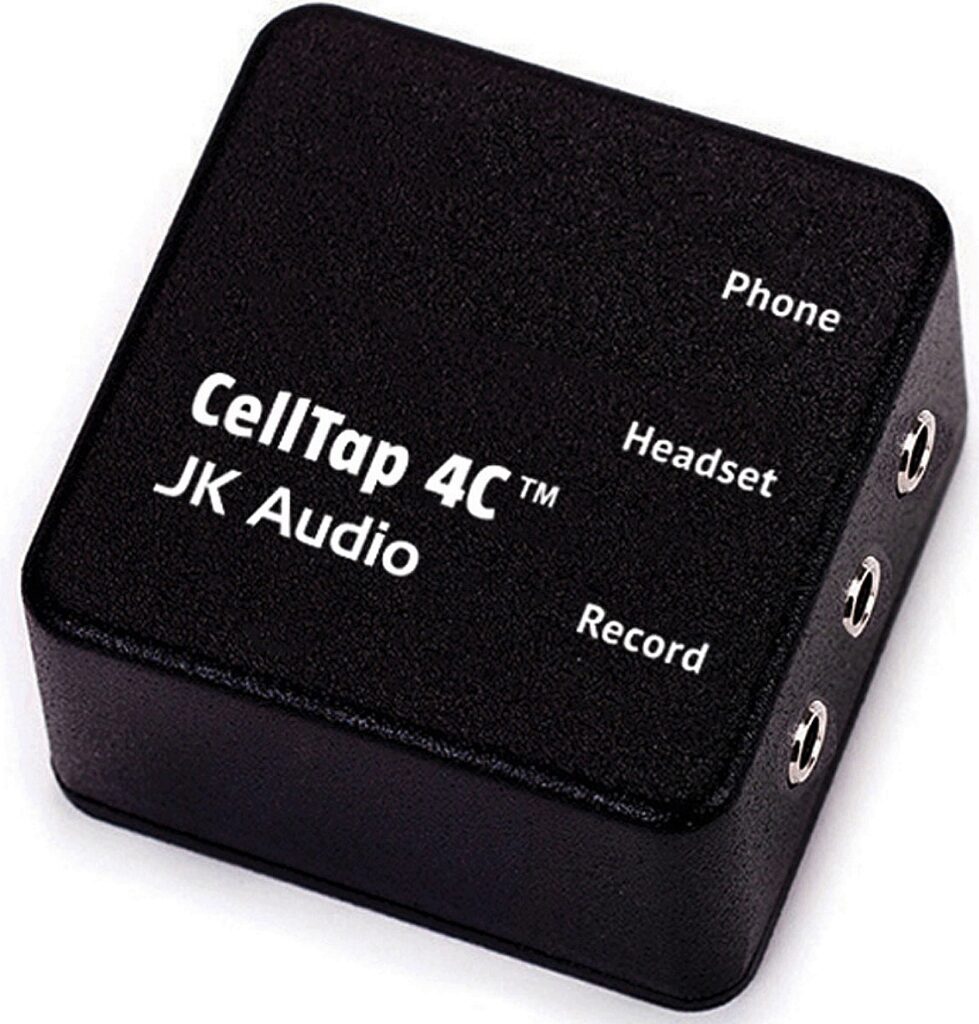 The latest low-cost JK product is the CellTap 4C, an interview-recording adapter that connects between the headset and cell phone, providing stereo output to an audio recorder or mixer. CellTap 4C is compatible with most smart phones, tablets and notebooks that use the 3.5 mm 4-conductor TRRS headset jack. (You can use it with the Lightning headphone adapter on most late generation Apple iPhones.)

Simply connect CellTap 4C between your existing ear-bud headset and phone, and then connect the stereo output to a mic level input on a recorder or mixer. The device costs $99.75 and is at the entry level in an extensive line of phone interfaces from JK.

There are also smartphone apps that can record calls. TapeACall (www.tapeacall.com) for iOS phones is a app that can record your calls and then transcribe them. The cost is $9.99 a month for unlimited calls and transcriptions. ACR Call Recorder (nllapps.com/apps/acr/) is a similar app for Android phones.

There are many apps that work the same way as the ones above. The app essentially creates a three-way conference call between the two parties on the call, and a third connection run by the app. That third leg of the conference call records both sides of the call, and when the call is finished, the app automatically processes the audio, and sends a link to the recording.

Users can usually save, share or get a transcript of the recording. Some apps allow integration with Dropbox or Google Drive. Though these apps are simple to use, they are not always reliable. Some callers block third party calling and some phones cause the call to disconnect when used this way. It is never a sure thing.

Another possible method is Bluetooth. Yes, all sorts of Bluetooth products pair to smartphones, but there are not many really good sounding Bluetooth connectable sources for recording. Wired connections always sound better and are more reliable.

The latest method for recording is a new generation of audio mixers with wired mix-minus phone connections. The first of these on the market was the Rode Rodecaster Pro (rode.com/en/interfaces-and-mixers/rodecaster-series/rodecaster-pro), a podcast mixer designed to record from smartphones over both Bluetooth or wire, and has USB connectivity to record internet apps such as Skype, Zoom or Google Hangouts. Again, the wired connection sounds better with this device.

Copying the Rode product, many companies followed up making simple-to-use mix-minus audio mixers that can record phone calls. These mix-minus circuits prevent callers from hearing themselves echoed back. 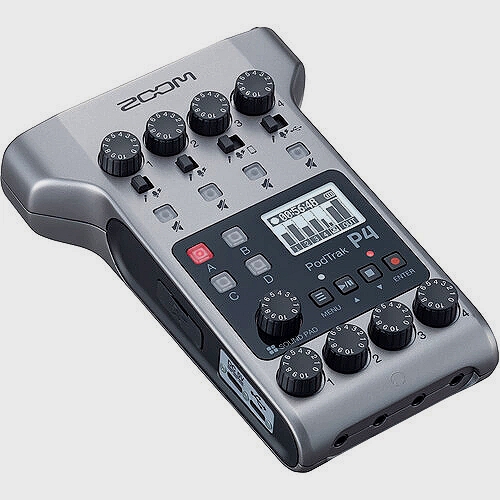 Doing this with an earlier generation mixers was quite complex. The newer mix-minus units can record to an internal memory card, and can record both a live mix and individual inputs to discrete tracks for mixing later. One of the lowest cost models is the Zoom PodTrak P4 (zoomcorp.com/en/us/podtrak-recorders/podcast-recorders/podtrak-p4/) for $199.00. 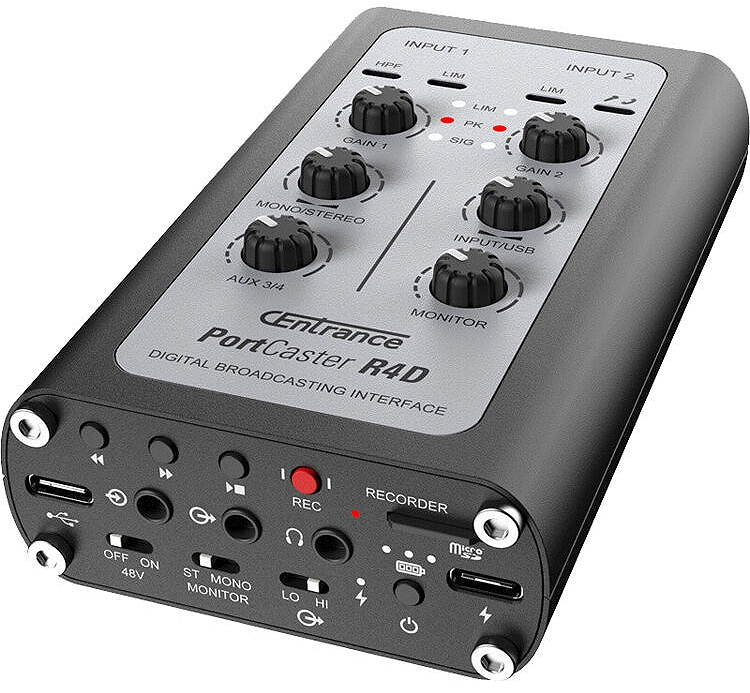 A higher-end, professional-quality portable device is the new CEntrance Portcaster broadcaster mixer and recorder (centrance.com/portcaster/). It has two broadcast quality channels, runs on a rechargeable battery, and can record a mix-minus phone call. It is priced at $499.00 and is about the size of a mobile phone.

You might rightly ask, why not just plug an audio recorder into a smart phone and record the conversation? The reason is it’s not as simple as that and the results with homemade configurations are usually not very good 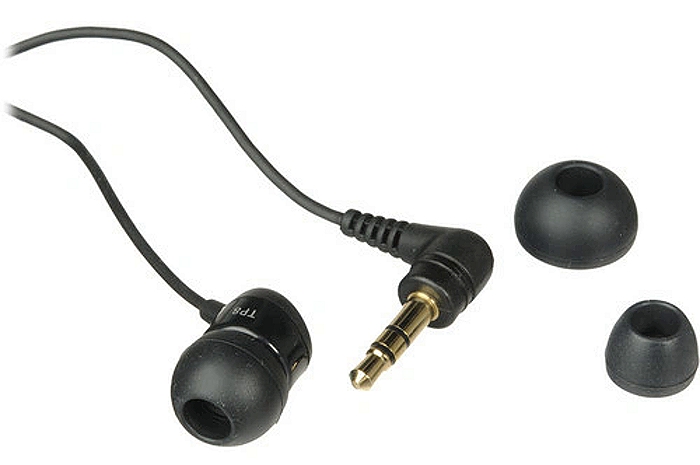 I’ve found a far simpler and less costly solution using a simple tool made by Olympus. It’s the Olympus TP-8 Telephone Pick-Up (www.bhphotovideo.com/c/product/883581-REG/Olympus_v4571310w000_TP_8_Telephone_Pick_Up.html), which combines a telephone pick-up, earphone and microphone in one small unit. And it only costs $19.99.

This tiny device is perfect for recording phone calls and is suitable for most mobile phones. You just plug the TP-8 into the mic jack on your voice recorder and place the earphone into your ear. Hold the receiver over it and the tiny device makes a decent sounding recording for most purpose.

Although the TP-8 is ideal for mobile phones, it also works for land lines and DECT calling. You can use it anywhere with any phone. For added comfort, small, medium and large size earpiece tips are included.

Sometimes simple is best. I carry a TP-8 everywhere, because it just works.