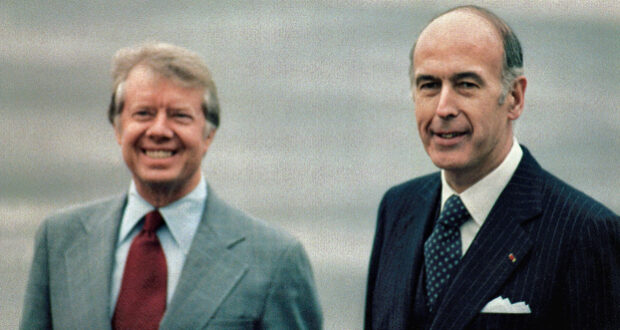 It was Albert Einstein that famously said “education is not the learning of facts, but the training of the mind to think.” The ability to think through technical problems and find a solution is the trait of any good engineer. 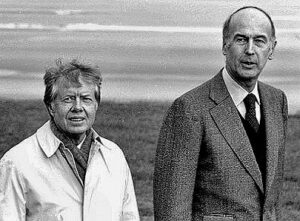 A technical got-cha can pop up at any moment — especially on remote productions. As a young man, I found myself in such a situation in Bayeux, France on a 1978 trip with President Jimmy Carter for ABC News. It was the night of Jan. 5, 1978, just after the President had visited war dead at the cemetery along the Normandy coast, the site of the D-Day landing in World War II.

It had been a tense, emotional day at the Normandy cemetery and the senior ABC workers had been given the night off to rest. As the newbie on the ABC crew, I was assigned to stay in the network’s mobile unit all night, since no events were set to occur.

The ABC truck was next to another mobile unit manned by an all-French crew. I settled in and dozed off for what I expected to be a long and quiet night.

Suddenly, I was awakened and told that President Carter wanted to make an impromptu speech from a small courtyard near our mobile units. The President’s remarks would be televised live on the morning talk shows back in the United States. This meant he would go on the air in the very early morning hours in France.

Just after his short speech, Carter would then board a train with French President Valery Giscard d’Estaing to travel to Paris. The president’s live speech would air in about an hour and no one had planned for this pre-dawn broadcast.

The French crew would handle the video, but the audio came into the ABC truck. I had to route it to the French truck, and I wasn’t sure how to do it. To get the audio of this live feed from the President’s audio feed in the plaza, a cable would have to connect the ABC unit I manned to the French truck next door.

Thinking quickly through the problem, I spotted a plate of cheese in the ABC truck that the French had provided to us. I used a knife on the cheese plate and cut the XLR audio connector off one end of audio cable. I then stripped several of the wires down to bare copper.

After twisting the wires, I took toothpicks from the cheese plate and a roll of gaffer’s tape and pulled the cable over to the French truck. There, I stuck the bare wires into the holes of the banana jacks and used toothpicks to hold them in. I then covered and secured the toothpicks with gaffer’s tape. 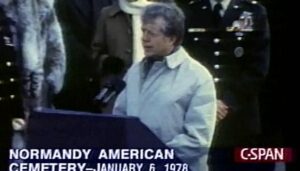 The president’s each morning speech

After a test, the audio worked. The French engineers, who didn’t speak English, and I, who knew no French at all, cheered. The laughter in that truck was hysterical. It was a great bonding moment — the kind I enjoy when working in a foreign country.

Within minutes after the jury rig, senior ABC engineers arrived on the scene. At first, they were totally mystified by what I had done. But the President was to speak within minutes and, yes, my set-up worked.

They left it alone. The audio feed was all that mattered. The President of the United States successfully made his speech over my tooth-pick-rigged configuration. ABC congratulated me for thinking creatively through the situation.

It is moments like these that define one’s engineering skills and knowledge. It is not enough to just plug-in cables, but the good technician has to understand how a system works and figure out ways around the norm when things go wrong

This applies to anything in the video and audio chain and is especially true on remotes, where the real world interferes with the best laid plans. Einstein was right. Learn the basics in education, and then learn how to think about how they work. It can one day save you and your job.