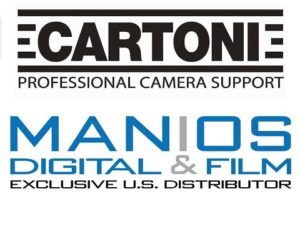 North Hollywood, Calif.— Pelham, New Hampshire-based Thistle Communications provides turnkey production services for sports, concerts, political campaigns, conventions and other events across New England. The company’s clientele ranges from national broadcasters, such as Fox Sports, ESPN, NBC and CNN, to local universities and corporations. Launched in 2006, Thistle has built a reputation for quality and professionalism, and emerged as a leader

in its busy media market.

“They’re both great units,” says Jimmy Thistle Jr., the company’s director of engineering. “I can’t say enough about them. We are planning to upgrade the lighter tripods on our truck and the Focus 22 is the perfect fit for what we need. It’s versatile and our operators love it.”

Compact but packed with features, Focus 22 was designed for today’s breed of ENG cameras. It pairs perfectly with the SDS tripod, whose innovative design allows for incredibly quick set up and take down. Thistle says that he was immediately struck by the head’s patented counterbalance system. “We shoot with Ikegami HDK-77 cameras, which is a heavier camera and hard to balance on the heads we’ve been using,” he explains. “But the minute we threw one on a Focus 22, it was perfectly balanced, without extra play in the back or becoming front heavy. I was surprised by how well it worked.”

Master 65, built to support heavier payloads commonly used in broadcast studio, OB and live event production, drew equally high marks for its flexibility and ease-of-use. “Our guys really liked it,” Thistle says. It’s simple to set up; the camera slides right onto the plate without needing to do a tilt manoeuvre. We used it with an Ikegami HDK-77 and a Fujinon XF55 lens and it held the weight very well.”

This was not Thistle’s first experience with Cartoni camera support. The company has been using Maxima (88lbs) heads, designed for digital cinema payloads up to 66 pounds, for more than three years. They’ve proven to be workhorses. “We use our Maximas a lot for college commencements where the operators are often broadcast majors,” Thistle explains. “They pick up on how to use the head very quickly. It’s a very smooth head.” 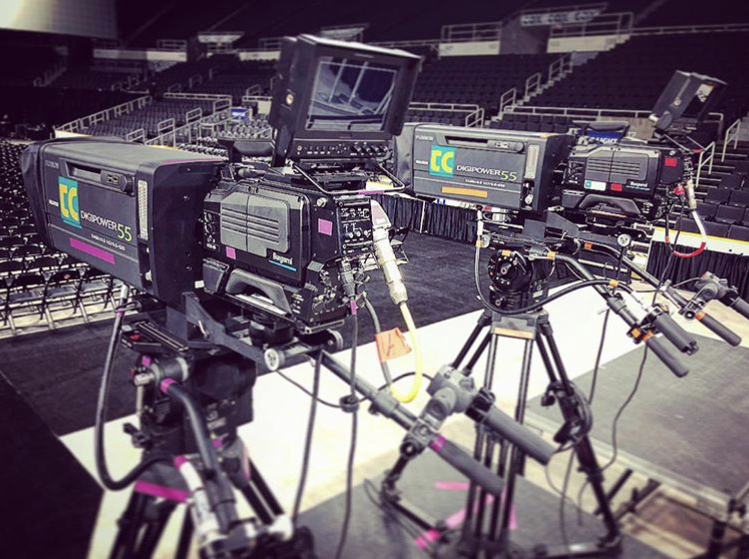 Maxima is also made to hold up under hard, daily use, Thistle adds. “Other heads we’ve used break down,” he notes. “The parts are expensive, and you must send it out for repair, so you lose it for weeks at a time. We haven’t had those issues with our Maximas.” He adds that he likes working with Cartoni and Manios Digital & Film because, like Thistle, they are family-owned and operated businesses and share common values regarding customer service.

Thistle says that he is planning to upgrade the support systems used in his production trucks before the end of the year and is strongly considering Focus 22. “We’re definitely going all Cartoni,” he insists. “They make great products and they treat us well. We look forward to doing business with Cartoni for many years to come.”

A division of Ste-Man, Inc. and led by President Steven Manios, Jr., Manios Digital & Film has been bringing the world’s highest quality products to professional filmmakers, videographers and ENG crews in the United States since 1992. The company has longstanding relationships with leading manufacturers around the globe and an extensive dealer network spanning the United States. It is an authorized distributor for Cartoni, Vocas, Kinotehnik, Hawk-Woods and the Veydra 1.2x Expander. By working closely with its customers, and by listening to and understanding their needs, Manios Digital & Film has become a trusted partner to film and video professionals worldwide.