NASHVILLE, November 15, 2018 — As the newest addition to TNDV: Television’s fleet of nine full-service mobile video units, Destinationpacks full-sized production truck capabilities—including all the bells and whistles high-end clients expect—into a more agile, compact 40-foot vehicle that can maneuver in the most space-challenged venues. 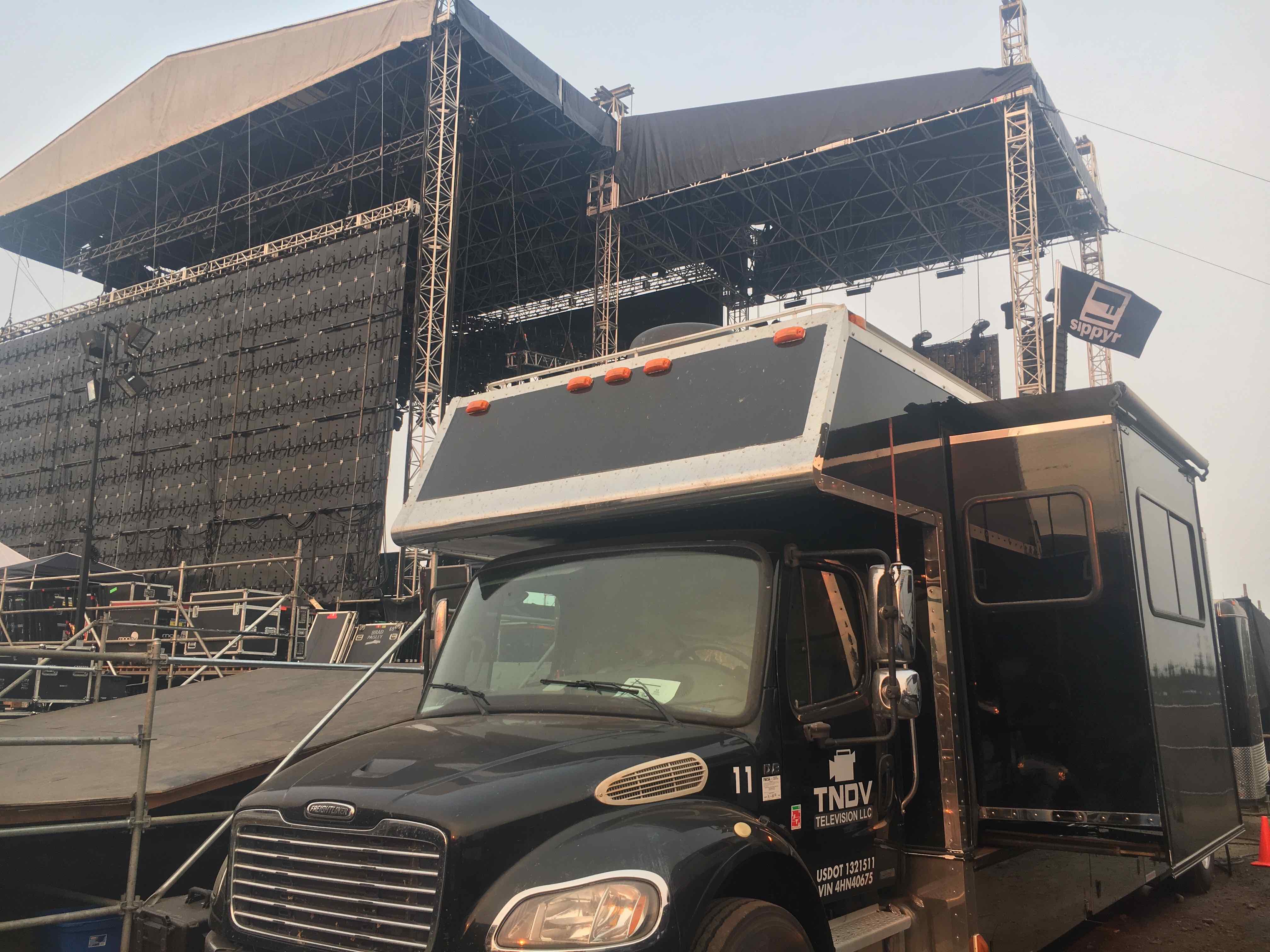 “While there are plenty of full-sized HD production trucks on the road today, there aren’t many that can fit backstage or in the alley behind the venue,” said TNDV President and Owner Nic Dugger. “By offering the same firepower in a much smaller footprint, Destination definitely fills that void in this specialized, niche market.”

Before joining TNDV’s fleet, the truck, originally known as Blackjack, had crossed the continent over the years as it changed hands between three different owners: ProShow in Vancouver, Greystone Media in Portland, and finally TNDV. Upon acquiring the truck, TNDV moved Blackjack to Atlanta, where it was stationed outside the Philips Arena (now State Farm Arena) for four years. As a part of the TNDV fleet, the truck was used to produce all Atlanta Hawks’ home basketball games.

TNDV upgraded and rebranded the medium-sized truck after fulfilling its service at the arena. Now called Destination, the truck is built tointegrate with TNDV’s remaining eight video and audio trucks. The name also recognizes the truck’s long journey to its final home in Nashville.

“In light of the growing demand for compact HD production trucks for live sports and entertainment, music festivals and concerts, we completely re-engineered the truck’s interior with a robust infrastructure capable of handling a high density of video and audio feeds,” Dugger said. Destination is well-equipped to handle all types of live events, such as music festivals and concerts, college and high school sports, Red Carpet shows, and interviews with athletes and celebrities. It can also accompany our full-sized, flagship trucks whenever they are sent to cover major network television events, such as live sports, awards shows, and music specials. For large-scale music events, we can switch multiple outputs from within the truck, and for sports, there’s an unusually large 3 M/E production switcher for what is considered a smaller truck.” 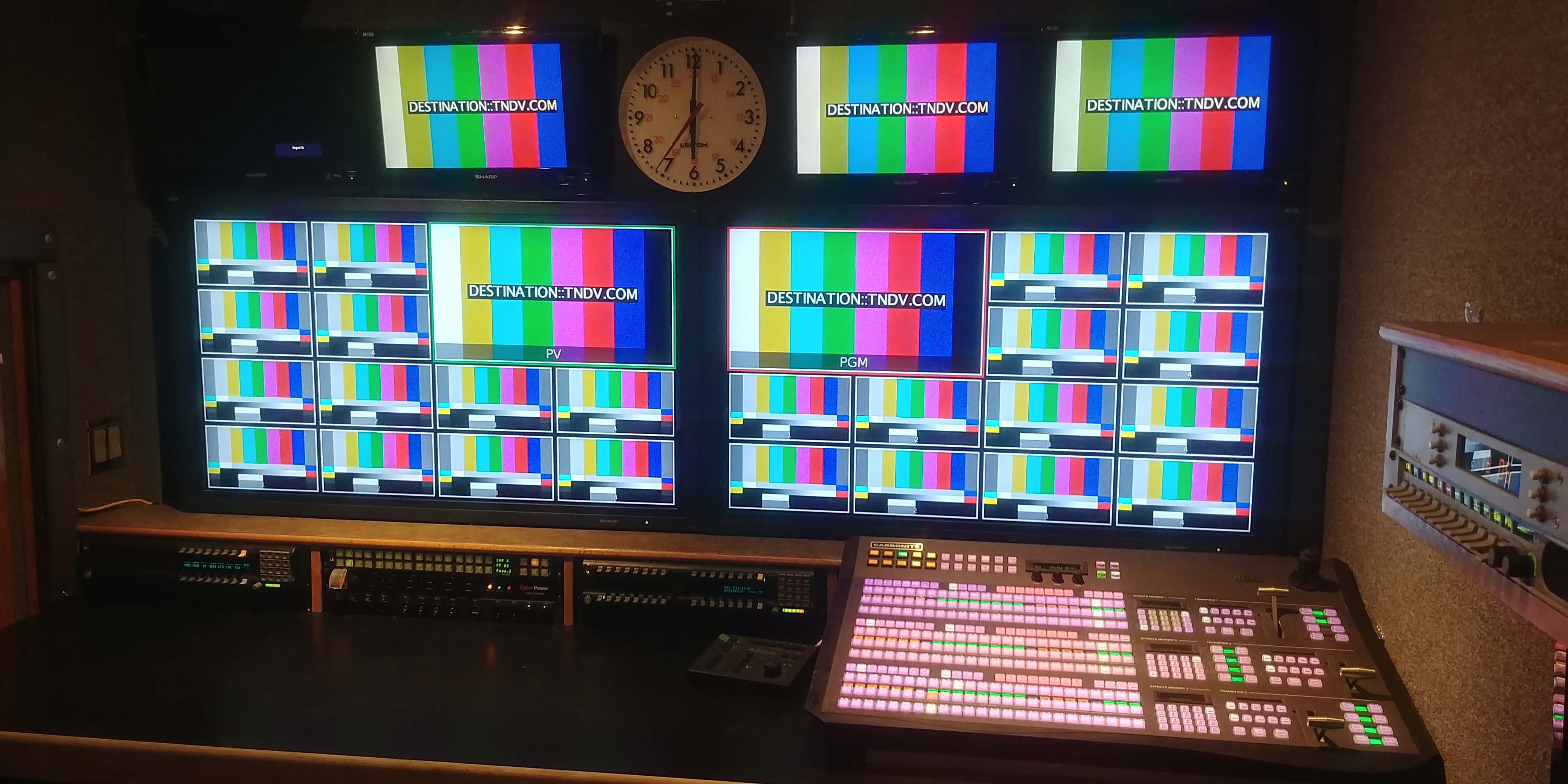 With expanding sides that increase the truck’s width from 9 to 11.5 feet, Destination’s unique interior includes a main video area, an audio suite, and an isolated video production area that allows producers and editors to work on content without disrupting live shows. 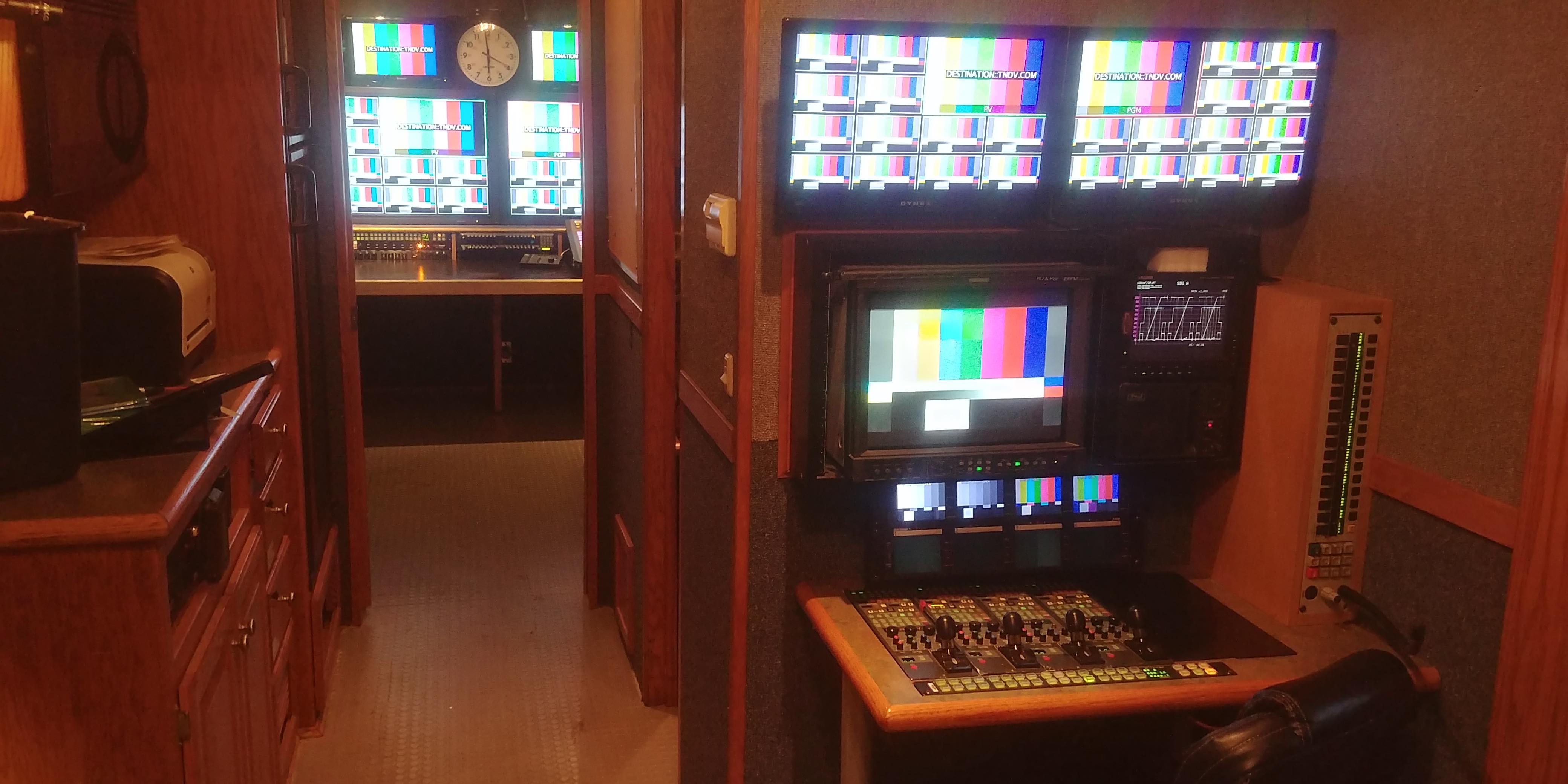 “While the truck is compact, there’s plenty of room to accommodate any needs our clients may have for separate workspaces,” he added. “We even have a kitchenette with a fridge and dining area, among other conveniences, to support the crews during long work hours.”

Since its 2004 founding by Company Owner and President Nic Dugger, TNDV: Television has steadily grown from a single, small video truck to a fleet of nine custom-engineered mobile video units, including the 4K-ready, 53-foot double-expando Exclamation! With its impressive, new Nashville, TN headquarters, which houses a fully equipped 17 x 30-foot studio, this Emmy-winning company has emerged as a leader in television production services for live broadcast networks and streaming media events. TNDV has been pivotal to producing many special sports and entertainment moments in 4K/UHD and HD/SD, including “Reba McIntyre Live at the Ryman Auditorium,” “Melissa Etheridge and Friends,” the “Blake and Friends” concert, Harley-Davidson’s 115th Anniversary Celebration, the 26th Annual Bounce Trumpet Awards,” and the Emmy Award-winning music show, “Skyville Live.” To learn more about TNDV’s trucks, crews, and services, please call 615-585-6528 or visit www.tndv.com.