The term “light modifier” might sound mundane, but modifying lighting in a creative way during a video production can be a godsend.

Light modifiers change how light interacts with the video image. They can highlight something important, soften harshness or flatter a subject. Modifiers can be freestanding, handheld or designed to fit over a camera lens. Most are portable and collapsible and some can easily be handmade.

Think of a light modifier as a sketch tool that can fine tune the lighting of a scene. There might be several light modifying tools in a production kit, and each is designed solve a specific problem. 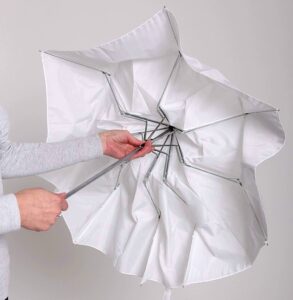 One of the most popular light modifiers is the umbrella, a tried-and-true light manipulation tool. Often reflective or translucent, umbrellas create a forgiving soft fill light over a wide area. Umbrellas are very portable and many cost under $100. 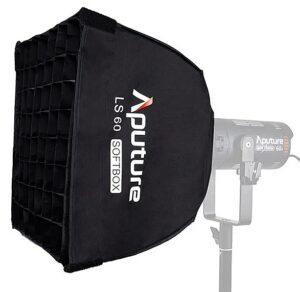 Similar to umbrellas are softboxes, which also soften and spread light. The difference is umbrellas produce broader, more diffused illumination that is less controlled. Softboxes, which have one or more layers of diffusion material in the front, offer controlled, direct lighting.  It is more like sunlight coming through a window. Softboxes, which are usually less intense, are useful for casting soft light on a single subject matter.

There are different reflector surfaces for different purposes. Silver models reflect cool light; gold cast warm, golden light. The choice depends on the desired effect in the scene. White models reflect more diffused, softer light onto a subject. Black reflectors, on the other hand, don’t reflect light at all. They block all light from illuminating the scene.

Reflectors are often sold in packs, with silver, white, gold and black in the same kit. In an emergency, makeshift reflectors can be made from white or black foam board or even a sheet of painted plywood. The purpose is always the same. 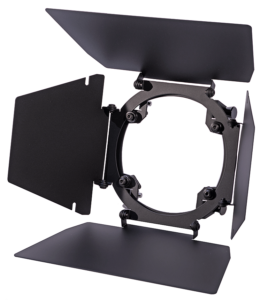 Barndoors are metal, four-way adjustable flaps mounted to a light fixture that can narrow illumination when closed and widen it when opened. Barndoors also can shape the light beam vertically or horizontally. The videographer will get a harsh light when using a barn door directly without a diffuser, so they are commonly coupled with diffusion material.

Snoots are tube-like devices used to narrow light sources into a strong beam, creating the effect of a spotlight. When using a snoot, the light becomes hard and specific. 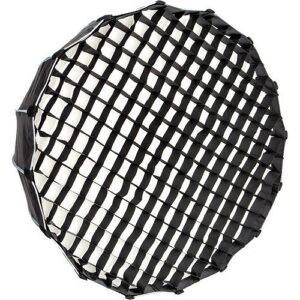 Grids offer a softer edge light than a snoot. Grids are usually in the shape of a honeycomb, allowing the light to fall on the subject without spilling into the background or causing lens flare. A grid controls where the light goes and where it doesn’t. These devices can also focus and defocus light depending on the desired mood.

Lighting gels are a must-have for any video lighting kit. They are plastic sheets that can be hung or stuck in front of the light source. Some are colored, some translucent. In most cases, gels are used to change a light’s color temperature. But they are also used to color correct, create creative tones and to balance the intensity of lighting.

Gels come in a range of types, including CTO (Color Temperature Orange), which lowers the intensity of daylight to better match lower color temperatures. This is achieved by filtering out the blues in the color spectrum.

Minus Green removes green tones from the light source, creating a natural-looking indoor light. ND, or Neutral Density, control the intensity of light. These gels lower the brightness of light sources. 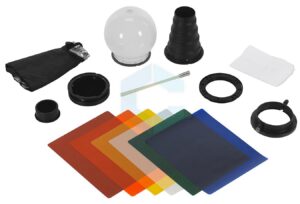 A gobo is a stencil that will allow a particular pattern of light to pass through it. It controlsthe shape of the light source and the shadows it casts. Either inside or in front of a light fixture, gobos operate as the opposite to reflectors. Instead of reflecting to add light, gobos subtract light — creating a contrast between the two sides of a subject.

Flags also block light, preventing unwanted light from entering an image. They can cast a shadow, create negative fill and protect the camera’s lens from flares. Flags typically come in a square wireframe. In emergencies, a black foam board can be used instead.

Butterfly lighting features a light placed above the subject. It’s called butterfly because the shadow below the nose is shaped like a butterfly. A reflector, or white cardboard or even a sheet of white paper, is placed below the subject’s face to fill in the shadows. Butterfly lighting is more flattering for some subjects than others, so some experimentation is needed.

A cucoloris casts shadows to make patterned light designs. These are often used to create a pattern that looks like a window frame, and can also break up a light source to make it look more natural. 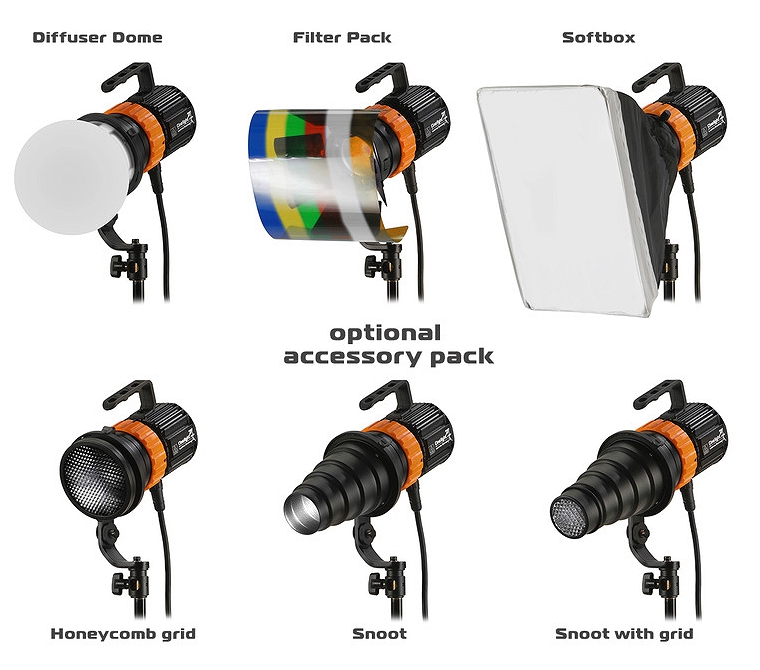 Scrims are giant panels of diffusion fabric stretched over a frame. These are large enough to create shade outside and diffuse light from large windows.

Light modifiers come in dozens of variations — far beyond the basic ones covered in this article. It is not so important for video crews to own every one of them, but they should have access to the modifiers most useful for their type of work.

Umbrellas, gels and reflectors are most useful for crews doing routine types of video shoots. These inexpensive devices that can save the day in certain shooting situations.