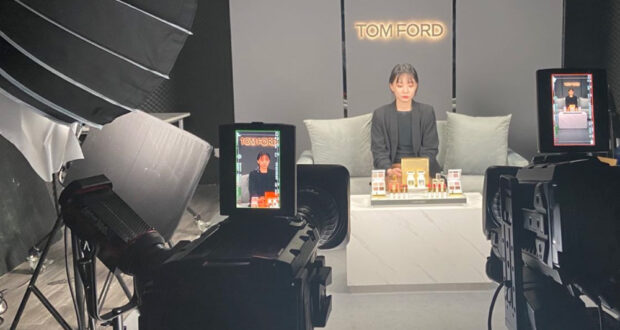 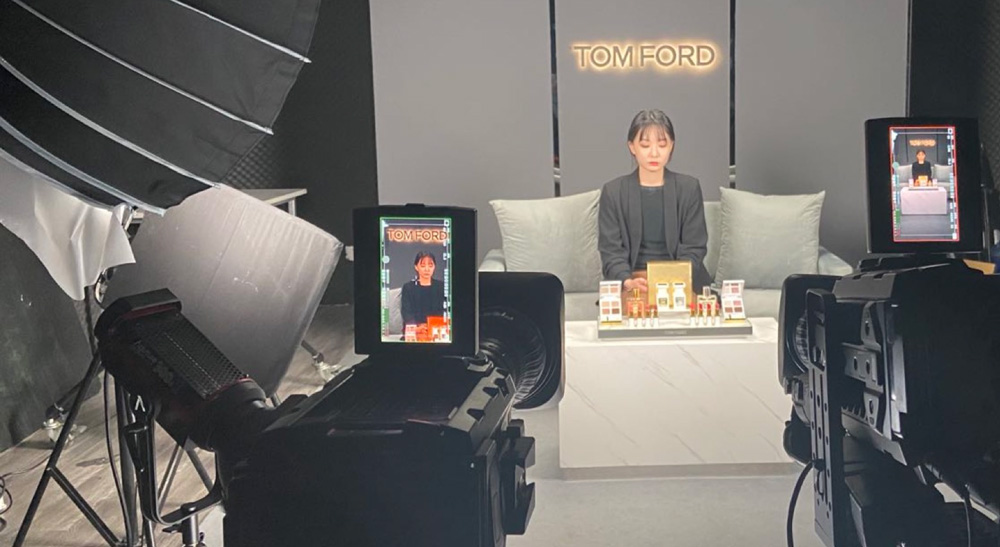 The streams, which added up to 1,500 hours, with 12 hours per day on average, went smoothly without glitch, on Taobao Live, Chinese ecommerce giant Alibaba’s live streaming platform, and managed to present the high image quality required by the client to represent its high end brand at a low data rate.

“We got to know Blackmagic Design when we started using DaVinci Resolve, which was powerful but affordable, and that made us have a very good feeling about this brand. Afterwards, we learned it was also a maker of various products such as cameras, switchers, converters, video routers, recorders and the like, so when building our multicam live production system, we chose Blackmagic Design’s URSA Broadcast cameras, ATEM Television Studio Pro 4K, Video Assist, Teranex and Mini converters,” said Fan Hua, head of Chuangyang Culture.

One of the challenges they were faced with when designing the live streaming workflow for Tom Ford was the client wanted high image quality while Taobao Live only allowed a data rate up to 1.5Mbps.

Chuangyang tested the film cameras and studio cameras they had and found that the image from the URSA Broadcast looked great even after heavy compression by streaming software. Plus, enhanced by their custom LUT loaded to the URSA Broadcast, the resulting image looked even better and satisfying to the client.

Speaking of image quality, Fan Hua said: “We once used the URSA Broadcast on an esports live streaming project, where for the same blue screen set with the same lighting, the camera feed from URSA Broadcast, a single CMOS camera, produced better keying results than a three CMOS camera often used for live productions. That amazed me and my friends.”

As a maker of cosmetics, Tom Ford hammered home to Chuangyang that color fidelity of the streaming was crucial and the color of the product like a lipstick displayed online had to be identical to what it was when seen offline at a sales counter.

“As one of the first URSA Broadcast users in China, I didn’t realize how special its color was until Blackmagic Design released a new firmware at the end of 2019, adding the ability to record Blackmagic RAW and a new demosaic algorithm that improved the overall image quality. I shot a video particularly to verify this and the results showed its color quality had really been taken to a new level. For the Tom Ford streaming, it didn’t fail us,” he recalled.

Their live streaming workflow included two URSA Broadcast cameras, each connected to an ATEM Television Pro 4K via only two SDI connections, which took care of the transfer of video, audio, tally and camera control signals between the cameras and switcher. Standards conversions and frame sync were all completed automatically by the switcher itself. The program feed was captured by a DeckLink SDI 4K installed in a streaming workstation.

“The ATEM switcher includes not only an easy to operate hardware control panel but also the versatile, free ATEM Software Control app, which unlocks all the features including camera control and DaVinci color correction, without the need to buy extra hardware. An added bonus is it can remember all the settings so when you turn it on again, the settings are still there,” Fan said.

“For Tom Ford’s Taobao Live streaming, this Blackmagic Design workflow worked for 1,500 hours in total, 12 hours straight every day, with no problem at all. This reliability, combined with its broadcast quality, enabled us to complete the task confidently. Also, compared to traditional multicam setups for broadcast studios, Blackmagic Design’s live production solutions allow our employees to familiarize themselves much faster, reducing the training costs. In the era of surging demand for live broadcasts, Blackmagic solutions really fit the bill for us,” he concluded.