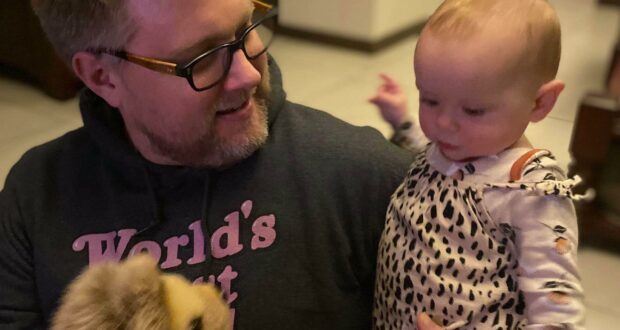 Adelaide, South Australia— Six years ago, Adelaide-native Mike Ring was working at a financial services firm in Melbourne. It was a good job with a proven career path, but he wanted something more stimulating and more creative. So, he went back to school, earning a degree in design, animation and interactive media from RMIT University and followed that by pursuing a Graduate Certificate in Dynamic Effects and Lighting, a 12-week, intensive visual effects training program offered by Rising Sun Pictures in conjunction with the University of South Australia (UniSA).

Shortly after completing the course, he was hired by a local visual effects studio. Instead of resolving financial complaints, Mike was working as an artist on a character-driven visual effects project. 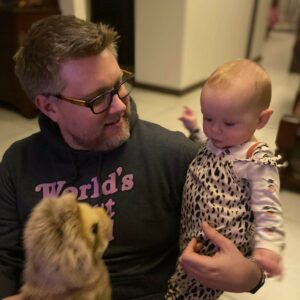 Mike is now back at RSP as a full-time technical assistant. He is writing software scripts to automate parts of the animation process. Its demanding work, requiring technical savvy, problem-solving skills and creativity. “I’m building custom tools for senior animators,” he says. “There are new challenges every day. It’s great fun and I’m loving it.”

Mike credits his experience in RSP’s training program for an easy transition to full-time employment. “My previous university training was excellent in terms of learning the principals of design, and gaining exposure to different areas of animation, but RSP prepared me for industry,” he observes. “I learned how a studio pipeline works, where I fit in, and how to showcase myself to potential employers. By the end of the course, I knew I was ready.”

One unique feature of RSP’s training program is that courses are taught by working professionals—senior artists with credits on studio blockbusters—and classes mimic a real-world studio environment. Students work in teams with digital assets from actual film and television productions. Expectations are sky high. “My instructors were very supportive but also very demanding,” Mike says. “The pace was quick, but I was motivated and managed to keep up and get my work done by the end of each day.”

Mike chose to enroll in the Graduate Certificate in Dynamic Effects and Lighting course after seeing the film Jurassic World: Fallen Kingdom. He was blown away by images of volcanic clouds and hoped to produce similarly striking visuals. A year into his professional life, he maintains big ambitions, but circumstance has caused him to refine his goals. “When I was contacted by the other visual effects studio, they asked if I was interested in learning creature effects,” he recalls. “It wasn’t dynamic effects, but it involved the same software, so I said yes. I loved it and am now hoping to do more creature work at RSP. In visual effects the pathways aren’t always direct. It’s important to be open to learning and expanding your horizons.”

In fact, Mike expects that his education will never end. “In this industry, there are always innovations, new software and new techniques to learn,” he says. “I even keep a copy of The Visual Effects Society Handbook on my desk and whenever I have downtime, I pick it up. I can’t imagine ever being bored.”

Looking back, Mike has no regrets about altering his career path and is looking forward opportunities ahead. “I take great pride in my work,” he says. “The first time I saw a shot I’d worked on up on a movie screen, I was thrilled. At that moment, I knew that all the hard work had paid off.”

For over two decades Rising Sun Pictures (RSP) has been responsible for crafting some of the world’s most memorable visual effects moments. The studio is home to more than 150 exceptionally talented artists who work collaboratively to deliver incredible imagery. Focusing on producing only the highest quality and innovative solutions, RSP has designed an extremely flexible, custom pipeline, which allows the company to scale up quickly and adjust its workflow, to meet audience’s demand for evermore spectacular visuals.

The studio enjoys the advantage of being located in Adelaide, one of the world’s most liveable cities. That, combined with its sterling reputation, and access to one of the largest and reliable rebates, has made it a magnet for film-makers worldwide. This has propelled RSP to continued success and enabled them to contribute to a range of projects including Ford V Ferrari, Spider-Man: Far From Home, X-Men: Dark Phoenix, Captain Marvel, Dumbo, The Predator, Tomb Raider, Peter Rabbit, Animal World, Thor: Ragnarok, Logan, Pan, the X-Men franchise and Game of Thrones.