By definition, transcoding is a digital-to-digital conversion of one type of encoded video (and/or audio) to another. The process is usually done when the editing computer is not powerful enough to support the master format or has limited storage capacity. The computer requires a reduced file size. This process is called proxy editing. 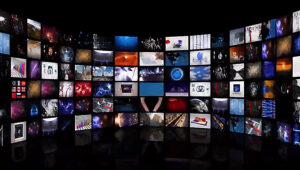 To edit file data in a compressed format, it must be decoded, edited and then re-encoded. This re-recording causes digital generation loss. If a file is to be edited repeatedly, it should be decoded only once. Make all edits on the copy, rather than repeatedly re-encoding the original. Similarly, if encoding to a lossy format is required, it should be deferred until after the editing.

Beyond doing proxy editing with transcoded video, the conversion process is also necessary to reach more end users to view the content. One type of transcoding may be done for broadcast, while another for viewing on the internet. Certain codecs look better than others on specific formats. H264 is a format that’s often used to upload video to YouTube and Vimeo, but it doesn’t work as well for broadcast television or for big screen presentation.

There are a range of different codecs designed for transcoding. Using any of these codecs can allow editing in low-resolution on a standard personal computer. When the edit cuts are complete, the edit list of the proxy is conformed with the high-resolution master footage.

The best way to edit is to start with master raw video files, which store the most color information and allow a significant amount of manipulation in post. Since, these files are generally too large to edit, most editors use the transcoded version for the session. Even then, computers can skip or hiccup due to being choked by too large a file size. Matching the codec to the computer is important for smooth editing.

Codecs can be Apple’s ProRes, RED’s Redcode Raw, Black Magic Raw or others. There are many varieties of codecs, and variations of each. Some work better with certain equipment. In the end, however, they all do essentially the same thing: make the original file smaller. It is best to settle on a codec that works well with your editing system.

The best practice is to finish a video project in as high a quality as possible and then convert down as necessary. After any edit session, the editor is going to have to point the editing software to the folder with the high-resolution footage and tell it to conform the files. When transcoding, keeping the same file names is important. Otherwise, the editor can create a massive jigsaw puzzle of pain.

There is no “correct” answer on which codec to choose. The editor needs to learn the pros and cons of each codec for their equipment before diving in. Once that decision is made, having fast hard drives with an equally fast connection to the computer is another major consideration in editing.

Some newer systems have automated transcoding. For example, with DaVinci Resolve Studio 18’s Blackmagic Proxy generator, proxies are automatically generated from the URSA Mini Pro 12K camera via an automated trigger when camera cards are downloaded to the on-location media management appliance.

The editor is capable of extracting the scene/take and notes metadata from the sound recorder to automate renaming the clips. Web dailies are output named with scene/take with the appropriate on-screen burn in, exported to a predetermined folder and automatically shared for review.

Short of such an automated system from a single manufacturer, most editors experiment to find which codec and storage drive combination works best with their available computer. If the video runs too slow, a solution is often to lower the resolution of playback (though one wants to keep the resolution as high as possible). Again, this is a tradeoff that the editor must decide.

Clients often want to see video edits before final assembly. These finished edited files can be too large to easily send via email. This is when YouTube or Vimeo H264 files can more easily be sent for viewing.

Once the edit is finalized, the task remains to conform the edit list to the high-resolution masters and to color the final product. A first step is to reduce the timeline to a single layer or as close to it as possible. Then, export the edit decision list and original footage to the coloring software. All are linked together. The master clips will be conformed to the edit decisions and color correction is performed on the final cut.

Transcoding has become an essential part of the post-production process. Whether done manually or through an automatic system, transcoding smooths the workflow and keeps the creative energy moving without interuption.