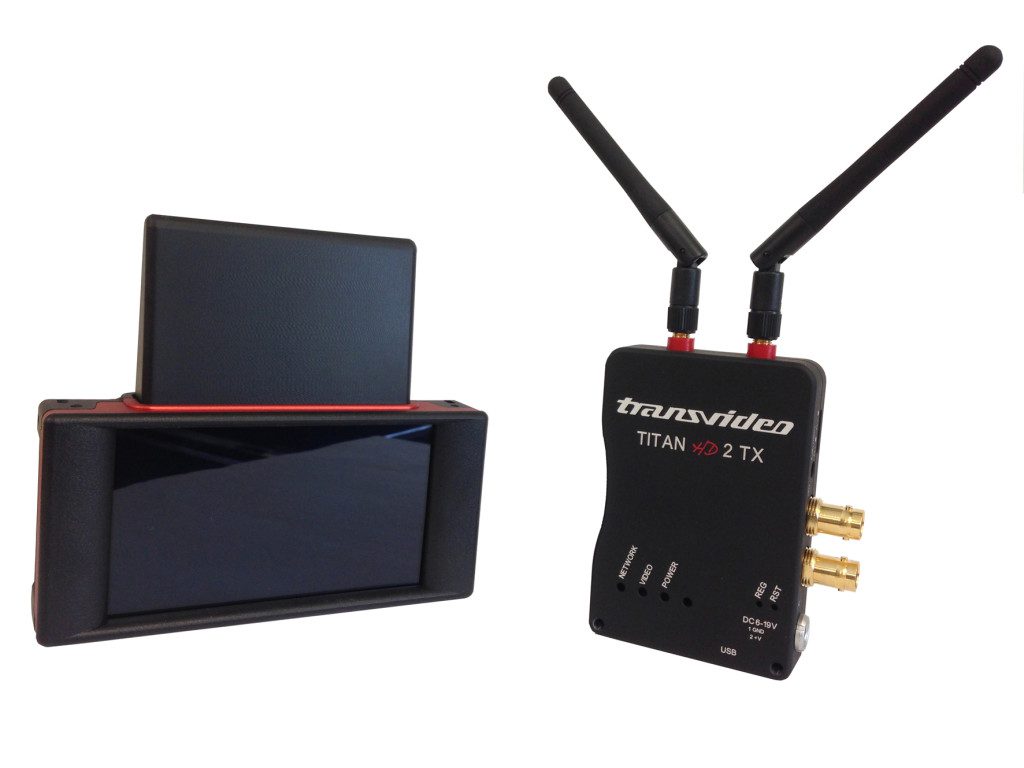 Star product on show is the new Transvideo StarliteRF. It’s a 5” 3G-SDI touch screen OLED wireless monitor- recorder with an inbuilt wireless receiver making it very versatile with the possibility to use in many different ways. Free of cables, it’s the perfect choice for directors, assistant directors, focus pullers and DOPs and a must have for rental houses, production companies, OB companies and broadcasters.

It’s small and lightweight, has a top mounted antenna and Sony consumer battery connection, and features excellent visibility even in bright conditions. The wireless video connectivity is low loss and with no delay. It has the ability to record dailies in H264 on an SD card. It’s suitable for mounting on Arri’s Wireless Compact Unit WCU-4, and with a range of 200 metres (LOS) it could be used for monitoring and recording aerial shots from drones. It could also serve as an programme feed monitor for a Steadicam or other camera rigs. The Titan HD2 wireless system has been tested and proven in working television studio environments to be interference free. It will work with 3 to 5 receivers.

The new Transvideo StargateFHD is one of the new generation of high end monitor-recorders. It is a 3G HD/SD 1920 x 1080 full HD display with a bright 1000 Nits screen luminance, compatible with 4K. It features fast path processing with an immediate display’capability with no latency. The camera output is directly available without any introduced delay, increasingly important in many shooting situations. 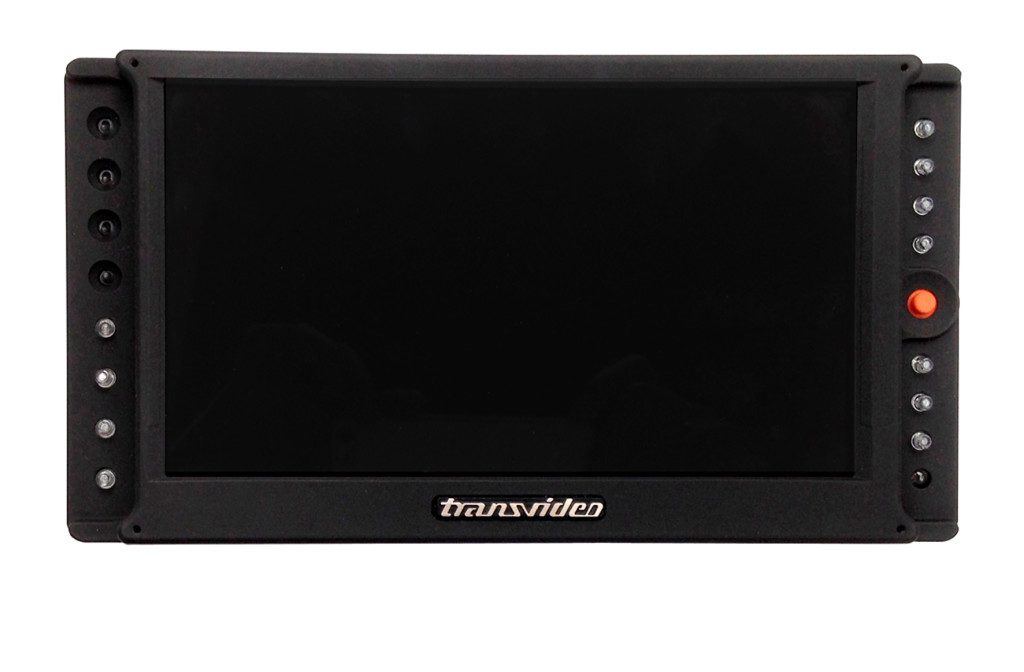 With its intuitive interface it will be invaluable in all types of production – cinematography, broadcast, documentaries, sport, studio, location,video village; features the ability to record dailies (H264 -> MP4/MKV) on SD cards, and has built in tools: Job-Oriented Views, Focus Helper, Peaking, Markers, 3D LUTS, zoom and tally.

Transvideo has collaborated with ARRI to adapt the Transvideo StarliteHD recorder-monitor to control the ARRI ALEXA Mini and the ARRI AMIRA cameras. The product is the StarliteHD5 ARRI monitor, offering a superb practical display and many analytical features as well as inbuilt recording and playback capabilities.

The new Transvideo CineMultiTrack is the new focus puller’s assistant. With higher and higher resulutions being used, focus pullers have never been so challenged. Transvideo’s Cine Multitrack is an innovative tool which provides instantaneous, precise and accurate measurements for the operator: information on up to 3 targets, adjustable transitions, communications with LCS CineTape interface for in front of camera measuring. It measures distance on set, with a main display unit and 3 Tags to conceal on the actors. It tracks with an accuracy of about 10 cm at 50 meters for up to 3 targets, each carrying a Tag. Tags are small concealable units which include the measurement system and a rechargeable LiPo battery via USB.

Aaton Digital will feature the production model of its new CantarX3 location 24 track digital audio recorder, the ultimate machine for the professional sound recordist and for motion picture, location and orchestral recording, with both stunning appearance and performance.

It is new, but top name recordists who pre ordered are already using it and love to use it.
Tim White, a leading UK based sound recordist: “Using the new CantarX3 was a really easy transition as I have been using Cantars as my main recorders for nearly 8 years. The X3 has many similarities but the number of tracks and that lovely display are game changers. I have now started on to my next film and the X3 is turning into a do-anything high quality mixer / recorder. Pairing it with a Cantarem panel I reassign the on board faders to the line trims and the line outs. Comprehensive routing and the 8 line outs enable me to give individual in-ear mixes to puppeteers and actors as well as the usual comms and production feeds without the need for a traditional desk. I love working with the X3 and looking forward to pairing it with the new Cantarem 2 mixer panel.”

CEO Jacques Delacoux and Sales Director Karine Fouque will be present on stand 201 to demonstrate the products and answer your questions.

In June 2013, TRANSVIDEO’s holding company Ithaki acquired AATON, the French manufacturer of cinematic equipment. Since this time, AATON-Digital developed the Cantar-X3, the most advanced on location sound recorder that received a Cinec Award in 2014.