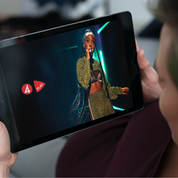 In a first for the Swedish market, TV4 is using Yospace’s server-side DAI system to open up new inventory across its live streams in a way that provides a seamless online television experience for the platform’s 2.5 million registered viewers.

The companies began working together in 2014, when server-side Dynamic Ad Insertion was launched on TV4 Play’s catch-up content on Apple TV and Chromecast devices. By extending the technology to live, TV4 is able to implement a long-term business case across a format that could only previously be monetised through limited, pre-roll advertising opportunities.

The system is available on TV4 Play on iOS and Android devices, and is launching across HTML5 for web this month.

“We were looking for a solution to transform our broadcasting business into the digital age and Yospace provides us with key technology to achieve that,” said Marcus Lindén, Head of Development & Integrations at Bonnier Broadcasting. “Yospace was also a good fit in our best of breed strategy and proved themselves to be a nicely crafted puzzle piece into how we want to build our software stack.”

“We’re delighted to be working with TV4 on this first launch of server-side DAI for live channels in Sweden,” said Edward New, Commercial Director at Yospace. “Live television is at the heart of broadcasting and Yospace’s platform has become an essential tool in monetising broadcaster’s channels online, in the UK and mainland Europe, and across the globe.”

TV4 Play for web can be accessed at www.tv4play.se and the app is available on all the major connected devices.

TV4 and Yospace will be speaking at Streaming Tech Sweden event on 22nd November. Visit the website for details: www.streamingtech.se

Yospace is the foremost provider of Dynamic Ad Insertion technology in the world today. Its server-side solution allows live streams and on demand content to be monetised in a way that is true to the user experience of broadcast television, while allowing advertising to be curated to the interests of the individual viewer.

Yospace services major broadcasters and network operators across the globe, including DirecTV in the US; Sky Media, ITV, BT Sport, Channel 4 and STV in the UK; BFMTV in France; Canal 13 in Chile; TV4 in Sweden; Seven West Media, Channel 9 and Network Ten in Australia; TV3 and TG4 in Ireland.