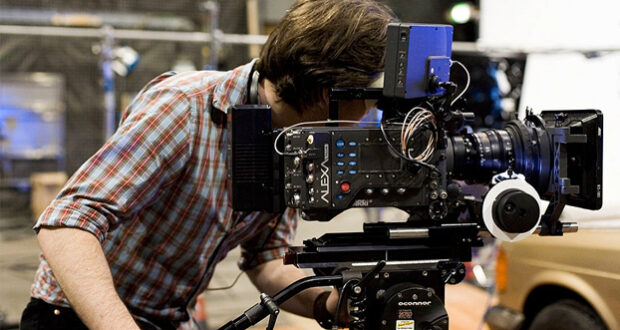 We’ve heard the old maxim that once the rules are learned, the true artist can break them in an innovative way. In video production, some rules should be broken only for creative effect. It’s important to know the reasons for breaking them.

These two rules involve screen direction and composition of the moving image. As understanding the basic rules of the English language enables us to be good writers, knowing the visual rules are what audiences expect. Break them in the wrong way and you can easily confuse or totally lose your viewers.

All videos have one basic function: to tell a story. That story comes from the selection of individual images edited together into a linear narrative. How those images are combined determine whether the audience has a satisfying experience.

The first key rule involves creating a consistent screen direction for the viewer. Everything in the image, including humans and objects on the set, must face the same direction as the camera moves from shot to shot. Fail to do this and your audience will become disoriented. This rule is called “crossing the line.” When the line is crossed, the subject on the screen suddenly reverses screen direction. An example of this is a two-person interview, where one person moves from in front to behind the other.

The “line” is an imaginary linear mark drawn through a scene over which the camera may not cross. If it does, the audience’s sense of screen geography is jolted. The line can be anything — movement, eye contact between subjects or any other area of interest in the scene. As long as the camera stays on one side of this reference point, it can move freely from shot to shot and screen direction will be maintained.

This may sound simple, but there are times when the line must be crossed.  When this happens, the camera operator must know how to do it in a way that does not confound the audience.

A good way to cross the line is to let the audience see the subject change direction on screen. For example, a motorcycle that zig-zags through a street alerts the audience to the changes in screen direction. The camera never moves and the line changes with the action on the screen.

As an alternative, the camera can be placed exactly on the line. This technique was used by director William Friedkin in the classic film, The French Connection. Friedkin used what artists have long known about picture composition. Objects shown in the right side of a rectangle express a sense of power, while objects on the left create dramatic tension.

Friedkin also knew that when a flat surface is viewed — an image screen — the human eye constantly moves in a pattern around the screen. The brain resolves that movement into a steady image. The director used that technique to create tension for the chase sequence in The French Connection.

Videographers shooting single-camera interviews for news and documentary programming face another version of crossing the line. A good example is when the main interview subject’s background is pleasing and the interviewer’s is not. The rule can be used to make a new background for the interviewer.

The subject being interviewed and the interviewer are rotated until a good background is found for the interviewer. The camera can be placed anywhere as long as it doesn’t cross the line. If the interviewer is facing the same direction as before, the two shots will cut with the same screen direction.

To protect the editing of news and documentary interviews, it is best to get plenty of establishing and cutaway shots. These images can come in handy if you make a mistake on location.

The second is “the rule of thirds,” a term that describes image composition. This rule places the subject in the left or right third of the screen, leaving the other two thirds more open. When the most important elements of an image are placed at these intersection points, the result is a more pleasing, natural image.

Divide your camera’s viewfinder into a grid of nine equal zones using horizontal and vertical lines. The central square is the intersection point in the grid where the focal point of the shot is placed. Off-center images appeal to the human eye, making the eye gravitate to the key image more easily.

Most experienced camera operators use the rule of thirds instinctively after acquiring experience with a camera. It is a creative way to use negative space in an image, either moving or still.

Of course, the rule of thirds is just a guideline and not a hard rule that cannot be broken. Directors sometimes use center framing to create tension or for comedic effect. In Stanley Kubrick’s The Shining, the center framing creates a creepy tension in a hallway of The Overlook Hotel. Kubrick successfully broke the rule of two thirds.

An example of this is Stanley Kubrick, who broke the rule of thirds in camera framing in his film, The Shining. He centered a hallway shot to create a dramatic “creepy” effect. The important thing is when you break the rule of thirds guideline, do it with intent and good reason.

These two rules are important for all camera operators to know and understand. It is just as important to know how to break them to create unique, original and compelling images.