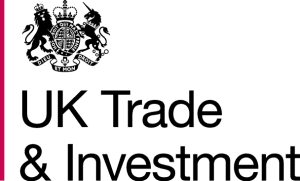 Mexico is one of the leading Spanish-speaking broadcast content exporters in the world, with strong ties to Hispanic populations in North and Latin America. The trade mission was designed to highlight significant broadcast opportunities for UK companies, gather information on upcoming projects, and promote supply chain opportunities through site visits to leading broadcasters in the region.

Birchall said, “This was a highly successful trade mission. Recent trade policy advances in Mexico have opened doors for UK technology and content exports to their market, which on the evidence we experienced first-hand, is burgeoning.”

Screen System’s Senior Vice President of International Sales, Simon Kane, participated in the trade mission and said, “This was our first organised trade mission. As an emerging market, and indeed a location predicted to present future opportunities for broadcast technology vendors, the Mexico trade mission proved to be extremely beneficial. For me, being given direct access to decision makers at the highest level of TV channels and systems integrators was by far the single most valuable aspect of the mission.”

Shortly after the visit, Screen Systems announced that it had appointed a new distributor in Mexico, a country in which it was previously unrepresented.

In addition to the honour of meeting the President of Mexico, Enrique Peña Nieto, trade mission delegates gained unprecedented access to major decision-makers through VIP networking events, and a range of site visits to TV Azteca, Comtelsat, Grupo Imagen Multimedia, and Televisa. A further highlight was a tour of ESPN Mexico, the state-of-the-art studio in Mexico City, built by Comtelsat, that now produces content for both the U.S. Hispanic and ESPN Latin North (Mexico, Central America, and Venezuela) regions.

The Prime Minister’s Trade Envoy to Mexico, Baroness Bonham-Carter of Yarnbury, said, “I am proud to have been part of the first UKTI Broadcast mission to Mexico. I was delighted by the level of openness and interest shown toward the group by leading Mexican Broadcasters. Participation in Expo CIRT, and the site visits made clear that Mexican companies wish to work with British firms because they recognise the quality of our Broadcasting Sector.

This is a good time for companies to take advantage of business opportunities made available as a result of the Telecom Reforms implemented by the Mexican Government. At the close of the Dual Year I am seeing redoubled interest from both sides to work together and I am sure more British companies will take advantage of this.

My congratulations to UKTI and TradeFair for organising another great visit to Mexico.”

UKTI Mexico Head of Information and Communication Technology, Luis Calette, said, “We are delighted to have provided extensive inroads into this vibrant market for these key players from the UK. Feedback has already been extraordinarily positive, and we look forward to building on this success next year and beyond.”