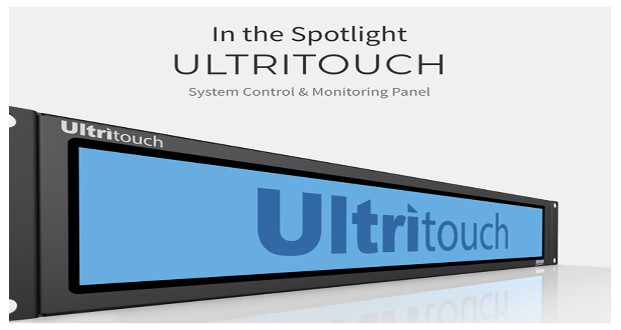 It’s fascinating to witness how much technology has progressed, particularly in the area of smartphones and the creative applications that can be applied in producing the type of visual content a viewer would normally see come from a camera or computer. Today, pretty much any professional working in the broadcast industry can create amazing visual content with just the simple touch of a smartphone, leading to video production that can only help in building their audience. Ross Video powers video productions for billions of global viewers on a daily basis with the industry’s widest range of smart production solutions, and their Ultritouch monitoring panel, broadcasters can use their smartphones to create visual content of stunning proportions.

Ross’ Ultritouch operates as an adaptable system control panel with monitoring capabilities. The panel is a shallow 2RU or 4RU rack-mountable touchscreen powered by SmartTouch™. This allows it to blend intuitive smartphone-like functionality with the customization power of DashBoard’s PanelBuilder™. Ultritouch also adds a powerful new router control & monitoring option to Ross Video’s award-winning Ultrix plus a growing portfolio of licensable applications.

The Ultritouch offers basic dashboard connectivity and its custom panels deliver the ability to control Ross products the way a user does now. Optional software licenses allow for more advanced and targeted control of specific devices and workflows. This device also adapts to a user’s needs in a way where it can be set up quickly to perform traditional applications, including router, multiviewer, and signal processing control. It’s basically the ability for a user to do virtually anything where they can use their panel in a more customized fashion.


The Dashboard menu tree can be configured to be controlled with Ultritouch, and it supports any device that uses OGP protocol.

The basic features of Ross’ Ultritouch include:

Also included with Ultritouch is DashBoard Connect™, which provides control of various other Ross Video products. 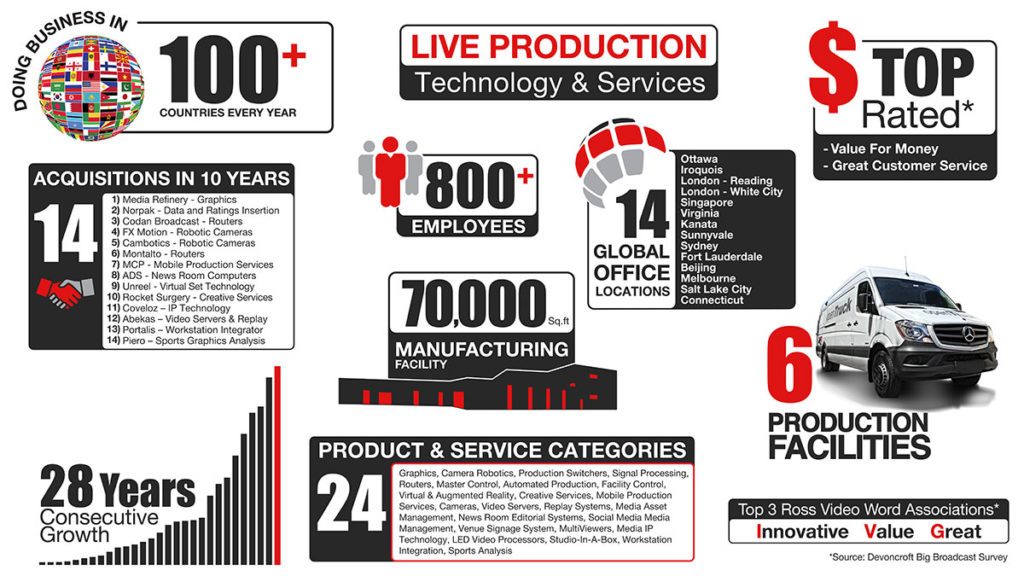 Ross’ legacy as a leader in video production goes back twenty-eight years, and in that period, this privately held and self-funded company has experienced consecutive growth. Ross Video also owns its own manufacturing facilities, where all primary research and development are performed in house. There, its products are marketed worldwide through a global sales force and network of business partners.

This level of cooperative innovation has been going on a continuous basis since 1974 when the company was first founded by John Ross. And it will continue for the many creatives out there who have the creative drive to create the sort of video content companies like Ross Video can use as a drive to cross into new technological territories. If a panel device like the Ultritouch can allow a user to blend intuitive smartphone-like functionality, then the possibilities of further of innovation are only a matter of time.