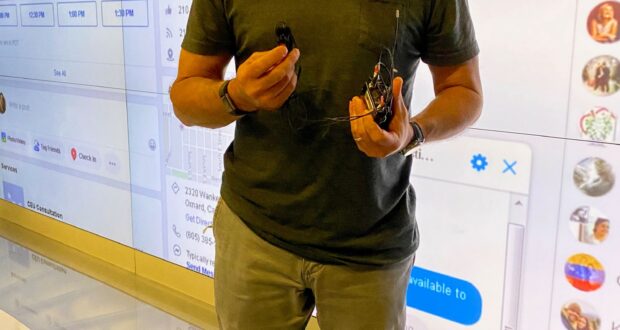 MIAMI, JUNE 17, 2020 – For over two decades, Audio Supervisor Jose Gonzales has been responsible for capturing crystal clear sound for various broadcast programs at America’s leading Spanish-language network, Univision. During that time, Gonzales has seen many technological advances, but one thing has remained constant; his use of DPA Microphones.

Gonzales first began using DPA mics for Univision’s hit show, Sabado Gigante. “Don Francisco, the host of Sabado Gigante was very particular about the sound,” he says. “We compared them with other brands, and it was a unanimous decision to proceed with DPA; they are smaller and look and sound better. We immediately began using the d:facto™ Vocal mics for talent. We also selected headset mics for the various contestants and audience participation. We’ve been using DPA ever since. Today, approximately 95-percent of our microphones are from DPA.”

For most of Univision’s broadcast content, Gonzales currently relies on DPA’s 4000 Series microphones, including the Heavy Duty 4661 lavalier, 4018 Supercardioid and d:facto™ Vocal, as well as the 4066 and 6066 CORE headsets. “DPA is the best option for broadcast in general,” he continues. “In the studio, they are very clear and consistent, conceal easily and deliver a fantastic sound quality. Plus, they are very strong, durable and reliable mics that last a long time. DPA has a sonic consistency, that when you’re mixing all the microphone sounds together, it sounds even. I don’t notice a difference in quality or levels.”

Since many of the Univision’s broadcasts take place outside, Gonzales is also very happy with DPA’s performance in the elements. “They are very resistant to adverse weather conditions, especially rain and humidity,” he adds. “DPA mics are less sensitive to the wind as well; I never hear a problem from the personnel that are working with them outside.”

Gonzales credits DPA’s quality products and service as among the top reasons he continues to support the brand. “We have enjoyed a long and wonderful relationship with DPA,” he says. “Leonardo Romero is incredible to work with; he’s always readily available and quick to respond with a solution or expert advice. Additionally, as DPA produces new mic series (first the 4000 series and now the 6000 series), the company continues to improve upon the best mics in their class. Not that there was anything wrong with previous versions, but the newer mics are even more clear and more transparent than ever before.”

In addition to Sabado Gigante, DPA has been a part of such high-profile Univision broadcasts as the Latin Grammy’s, La Reina (a telenovela) and Noticiero Univision, and Univision’s weekday evening newscast, to name a few.