Use Multiple Layers of Lighting for Dynamic Shots 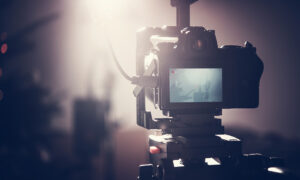 When it comes to film, television, or video production, everything rests on a single concept: light. Light is what makes all cameras work and can be considered the paint against the canvas of darkness. In the hands of a craftsman, lighting setups and manipulation can take a mundane shot to artistic levels.

In many cases, lighting conditions on set may not be ideal, especially if the production is at an unpredictable event, an outdoor location, or has a low budget or gear limitations. Sometimes lighting isn’t consistent, and you may have to problem-solve balancing a shot of both high and low light exposure areas. In other cases, you may want more control over the detail and have the luxury of getting creative and tricky with the light setups.

This article will present three different solutions to layering light in shot compositions.

You may have to make compromises if your production is under a tight budget or schedule. In some cases, those limits can be solved with better choice-making. 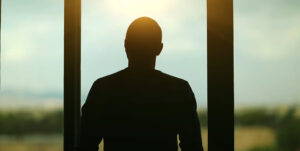 If, for example, you are filming an interview subject indoors, but they are sitting in front of a day-lit window, you notice an immediate challenge. The window will require a completely different exposure than your subject. From the camera’s standpoint, you have three choices. You can adjust the camera exposure so the subject is visible, though the tradeoff will be a blaring hot white window with zero outside detail. Alternatively, you can set your exposure to the window’s brightness, which will solve that; however, unless you flood your talent with additional lights, they will appear as silhouettes. The third option is to find a middle ground in exposure, likely producing poor results without support lighting. 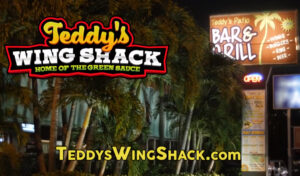 In a particular example, a low-budget television commercial was filmed for a local restaurant. The client wanted an outdoor shot of the location with the sign at night. This posed a similar challenge to the window without the budget for additional support lighting. The exposure could be set up to see the trees and scenery, though the sign was a blown-out mess. Adjusting the camera to the sign darkened the rest of the shot.

The solution was a simple cropping trick. The shot was recorded in two versions; the first version with the camera adjusted to the exposure of the sign, and the second shot exposed to show the scenery. It was filmed as a static shot, so splicing the two images in post-production was easy. The sign from the first take was cropped and superimposed on the second take. With a subtle digital zoom, the result was a soft zoom of a more balanced shot.

Filming lighting setups in different passes is another option for either static shots, repeatable with anything moving in the composition, or for shots that are motion controlled—using robotics to recreate an exact camera motion.

This is an advantageous technique for filming miniature set pieces. Poor lighting will make any miniature stand out like a tiny sore thumb. Filming the set in individual light passes offers a creative and unique solution. 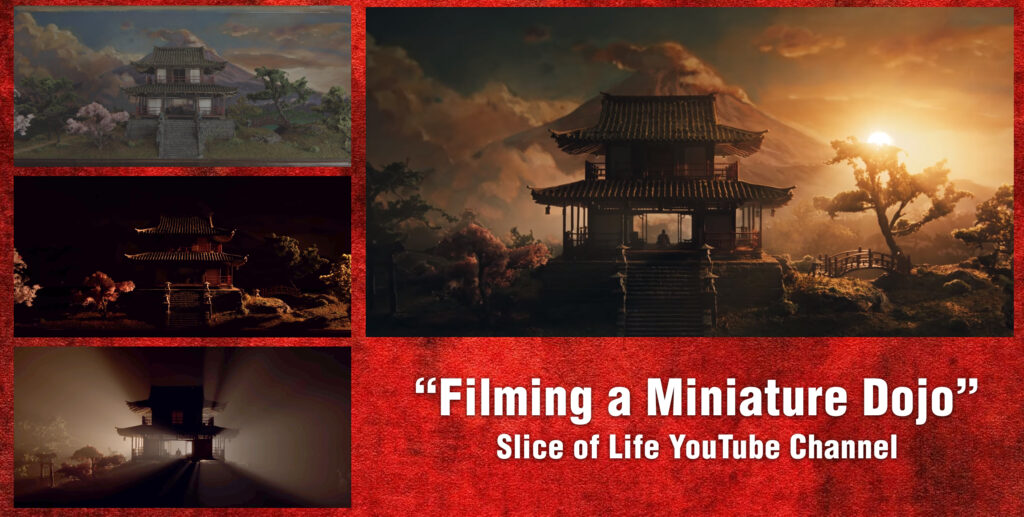 To draw a perfect example of this technique, let’s refer to “Slice of Life,” a YouTube channel that filed a miniature dojo for a documentary. The production team wanted to create the most realistic sunset lighting possible, and they approached this by filming the miniature in multiple takes, each with a completely different lighting setup. The camera was on a small motion-controlled slider, so each take matched the next.

The first layer was a general fill for the whole set, a foundation for the direct sunlight. This light illuminated everything in the shot. The team then repositioned lights to film only the backlight (with all other lamps turned off). The resulting image was a black frame with only the model’s edges visible. The next take was set up with only highlights on the trees. In another variation, the team focused small highlights on the stairs. Finally, they filled the scene with a very light layer of fog and filmed a light in the back of the set aimed at the camera lens, creating a cascade of god rays beaming through the shot.

In post-production, the team took the first shot, the flatly lit shot of the set, and then layered all of the different takes over it. Using blending modes such as “screen” and “overlay” in Adobe After Effects, they could adjust the level of each highlight they filmed. The result was a miniature dojo bathed in a spectacular artificial sunset.

This technique would also be useful for filming close-ups of products, giving you complete control over every highlight, reflection, and illumination as desired.

Some productions may benefit from filming in a RAW format. RAW footage is fundamentally the whole and unprocessed image the camera can produce. It doesn’t go through any filtering or compressions and retains all of the original data the camera is capable of seeing. This includes the full range of exposure and colors the censor can register.

This offers several significant advantages. A video file that contains a complete range of settings offers considerable modification advantages in post-production. If you filmed an interview and, in review, discovered that the exposure was a little higher than you would have liked, you could adjust it and bring it down in your editor as if you were adjusting the camera itself.

However, with great power comes great bandwidth requirements. The major disadvantage of filming in RAW formats is primarily in data size. A video signal with little to no processing is often massive and requires a substantial amount of digital storage and a drive fast enough to play it back.

Additionally, many cameras are not capable of RAW output, so that the limitation may be in the accessibility itself.

With a RAW signal, you could simulate the video splicing tactic used on the outdoor sign, requiring only one take instead of multiple.

Lighting challenges can be both a gift and a curse to a production. They can be a headache and make us rethink how we film subjects, but they can also push our creativity and force us to develop unique, sometimes better, results.