Lenses have been around since the 7th century BC — long before anyone put them into a camera. The very first lenses were rock crystals thought to be used as magnifying or burning glass.

A modern basic lens — made today of either glass or plastic — consists of a single piece of transparent material; while a compound lens has several lens elements arranged along a common axis. The job of a camera lens is to focus light to form an image. 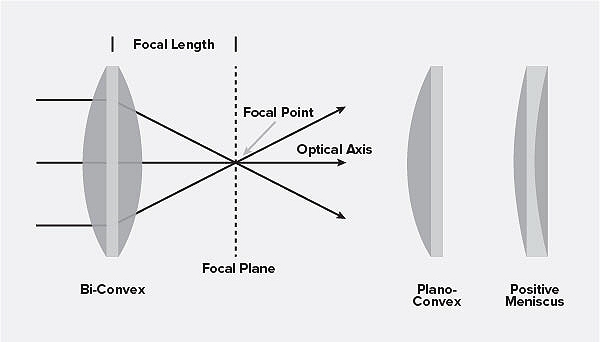 Most video cameras have long used spherical lenses — an optical lens with a curved surface that causes light rays to converge at a single point. Spherical lenses are the most common type used because they project images onto the camera’s sensor without affecting the aspect ratio.

Aberration in this type of lens occurs because spherical surfaces are not the ideal shape for a lens, but are the simplest shape to which glass can be ground and polished. Such aberration causes beams parallel to the lens axis to be focused in a slightly different place than beams close to the axis. This can cause image blurring unless the lens is precisely manufactured.

A new kind of optics was invented by Henri Chrétien during World War I to provide a wide-angle viewer for military tanks. Chrétien’s lens was capable of showing a field of view of 180 degrees. After the war, his technology — called “anamorphic” — was first used in a cinematic context by Claude Autant-Lara in 1927 in the short film, To Build a Fire, based on the 1908 Jack London story by the same name.

In the early part of the last century, the international filmmaking community standardized on 35mm film and cameras produced an image with an aspect ratio of approximately 1.33:1. This was the screen shape of an old black and white television set. 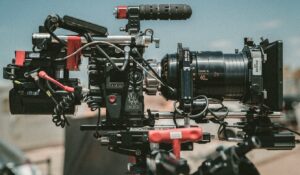 Anamorphic lenses were used to shoot a widescreen image on standard 35mm film or other visual recording media with a non-widescreen native aspect ratio. Compatible playback equipment — a projector with modified lens, a digital video player or a set-top box — could then “stretch” the image to the horizontal dimension to show the original widescreen image.

In the late 1990s and 2000s, anamorphic lost popularity in comparison to spherical lens formats, but came back with the rise of digital cinema cameras and projectors. This was due in part to the higher base ISO sensitivity of digital sensors, which allowed shooting at smaller apertures.

Since the medium began, filmmakers have experimented with aspect ratio, which describes the size and shape of the frame. First, there was 1.375:1 Academy used for most films during the 1930s and ‘40s; 2.39:1 Cinemascope, traditional widescreen movies; 1.78:1 HDTV, modern television; and 1:1 Square, a format on Instagram.

Even for widescreen images, many studios used spherical lenses. The anamorphic lens was used on the Cinemascope format. Over the years, many types of anamorphic lenses have been developed, each with a different “squeeze” strength. These days digital filmmakers choose a squeeze factor based on the aesthetics of their desired look.

Squeeze factors are no longer relevant because modern digital cameras are capable of emulating different capture formats. And, with modern technology, anamorphic lenses are now indistinguishable in quality from their spherical counterparts. 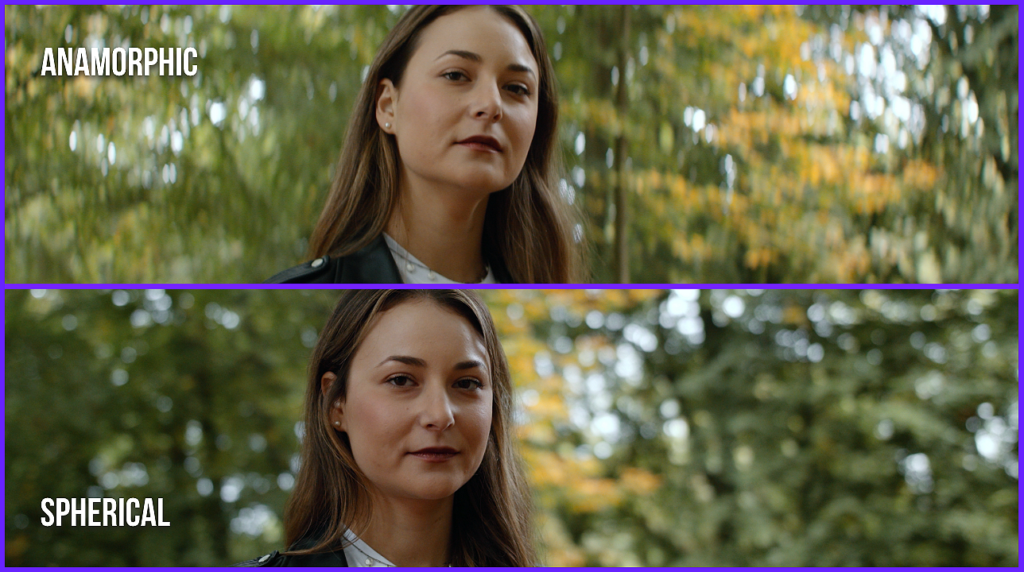 With contemporary anamorphic lenses, their construction offers a unique appearance based on oval bokeh, where the lens blurs the background more than equivalent spherical lenses. Some anamorphic lenses disproportionately magnify objects closer to the camera, creating a shallower depth of field. This can make subjects stand out against their background.

Anamorphic lenses have lens coatings that can eliminate flares, though some manufactures choose to use coatings that encourage flares. Different coatings produce different colored flares. 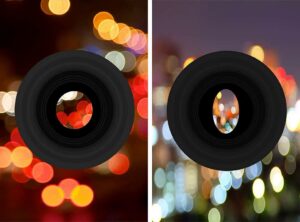 Both anamorphic and spherical lenses suffer from a falloff in sharpness as the user moves away from the center of the frame. This effect is more pronounced on vintage anamorphic lenses.

Some photographers use this flaw to help produce softer and more organic images. Many prize this characteristic to help integrate subjects with their background in a more realistic way.

Many lenses, both anamorphic and spherical, zoom slightly during rack focus. This is called focus breathing. More expensive lenses for digital cinematography are designed not to breathe when focusing. There are distinctly different optical mechanical designs that anamorphic lenses use to focus, so the lenses can breathe differently.

In recent years, anamorphic lenses have regained popularity. Shooting on film stock inherently adds character and interest to an image, while digital offers a cleaner, more clinical look. As productions gravitate to digital cameras, many digital filmmakers like to use older lenses — both spherical and anamorphic — to add imperfections back to their pristine digital images.

Using wide anamorphic aspect ratios change the way a production is shot. This typically requires different image composition, shot blocking and even editing when compared to narrower aspect ratios. These creative decisions are all made by choice.

Every decision a digital filmmaker makes should be driven by the story. He or she should ask whether shooting anamorphic will support the story or be a distraction? Substance should always be prioritized over style. New techniques can distract a digital filmmaker from what is most important in a project.

Understand before taking the leap that professional-quality anamorphic lenses are quite expensive. Be sure to have the budget for it. An ARRI Master anamorphic lens can cost $60,000. A more economical anamorphic lens from Atlas Lens Co. can cost $15,000. There are much cheaper models available, but these very low-cost lenses were built with compromises. Know what they are before the shoot begins.

In an earlier era, anamorphic lenses were the only way to achieve a wide aspect ratio. Today, one can shoot wide with either a spherical or anamorphic lens. In choosing a lens today, think first of what the film is trying to accomplish and then pick the right glass to make it happen. The aesthetic options now are far greater than in the past.