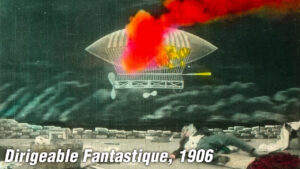 There are few tools in a filmmaker’s toolbox that are as powerful as the use of color. Broadcast television, motion picture films, and even online streaming videos are expressive crafts, and part of that expression is the chromatic choice a creator embraces.

How color is implemented into a film can dramatically affect how the story is told. Color film existed back in the early days of cinema, but due to the expense and more complicated processing, when it was used, it was with purpose.

There are significant studies and deep dives on color palette theory as it applies to cinema. However, this article will look at how you can use color to tell a story and draw examples from several films that utilized the technique to enhance their narrative.

Color as a Punctuation 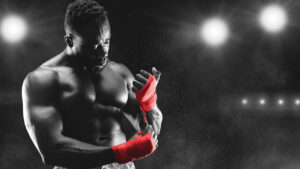 There are three primary ways color can help a filmmaker tell a story. The first method is to use color to highlight key elements in the film, or to underline a narrative significance, even if it’s subtle.

Nothing makes a color pop more than placing it on a neutral canvas. Black and white films that include dabs of selective color are the perfect example of this. 1993’s Schindler’s List is noted for this technique. Steven Spielberg opted for a black-and-white aesthetic to capture the drab nature and horror of the Holocaust during World War II. This gives the film an almost film noir dramatic style, but on occasion, he allows a splash of red. The famous scene of the little girl walking down the street wearing a red dress is impossible to miss. The contrasting red is to catch Schindler’s (and the viewer’s) eye and represents the slaughter of the innocent. It’s a potent visual example of punctuating a point simply by including a color. 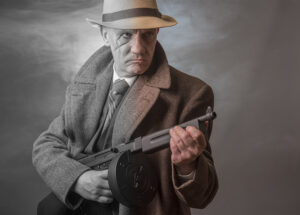 Sin City (2005) is another similar example. A graphic novel comes to life in black and white, selectively including color for dramatic purposes. This technique existed even in the earliest days of film when color ink was painted onto black and white film strips if the filmmaker wanted to draw attention to specific details.

Color in this application can also be used subtly. In The Sixth Sense (1999), red is used for objects that touch or represent the spirit world. In Vertigo (1958), red and green are used strategically in scenes and wardrobe to illustrate caution and envy, respectively. It’s infused so well that even the absence of the colors is felt.

A Clash of Worlds

The second method uses color as a backdrop, typically in stories that show a character caught between two worlds. 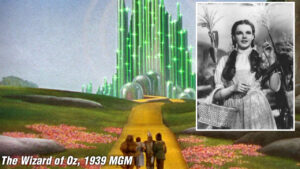 The most famous example is probably The Wizard of Oz from 1939. The scenes on the farm are filmed in a drab sepia tone, perfectly depicting a dust bowl-esque milieu. However, upon entering the land of Oz, a gorgeous Technicolor landscape visually tells us that Dorothy wasn’t in Kansas anymore.

The Matrix (1999) used subtle color tints to depict the natural world vs. the computer-simulated world. When Neo was in the real world, the reds were desaturated, casting a blue and sterile shade on his life. A heavy green saturation was used inside the Matrix to represent the computer simulation: two worlds, two different hues.

This technique can go a step further to develop character growth. Pleasantville (1998) pulls a reverse of The Wizard of Oz, in which the real world is in color, and the TV fantasy world is in black and white. However, as the characters learn to feel and behave like real humans, the color bleeds into their landscape.

And the landscape is literally used to show this growth in Edward Scissorhands (1990). Edward’s home mansion and grounds are entirely desaturated with greys, blacks, and white, while the adjacent neighborhood boasts bold pastel colors. We see his struggle between worlds, yet at the end, his garden has colored flowers and foliage, showing that he is embracing the influence of both.

The third implementation of color is far more subtle but powerful on a subconscious level. Films are stories told visually, beyond the written word. Many filmmakers deliberately use color palettes to give their movies a specific tone, emotion, or grit. Sometimes it’s to set the mood for the audience. Other times, it represents a character’s emotional state. 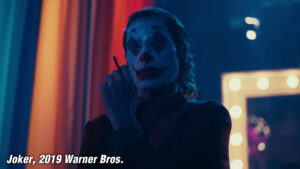 Joker (2019) is an excellent specimen of this subtly. The film used three distinct color tones; red, blue, and yellow. Scenes representing Arthur’s depression or exclusion by society are tinted blue. Characters looking down at or dismissing him typically wear drab or blue garments. Scenes that utilize red tones depict moments of hope and positive experiences. However, scenes in which Arthur begins to dip into madness, or take control of his elements, are bathed in yellow. It gets fascinating when they cross into each other, especially when he dons the official Joker suit, which is a blend of red, blue, and yellow, illustrating him finding balance in his identity.

There are other examples of tone and texture painted with color. Almost every single shot in Home Alone (1990) is dressed in white, green, and red to ingrain the Christmas mood. Wall paper, phones, clothes, ornaments, knick-knacks, kitchen tiles…everything follows this color scheme. Similarly, in Do the Right Thing (1989) buildings and scenery are painted in yellows, reds, and oranges to reinforce the mood of a heat wave in the city.

When planning your production, explore the ways you may be able to infuse some additional meaning through the use of color. In the same way camera movement, lighting, and stage direction can tell a story, a well-implemented palette can be a powerful narrative weapon.